Have ideas for the Redskins’ new name? The team says it is looking for input | Ad Age
Skip to main content
Sign In Register 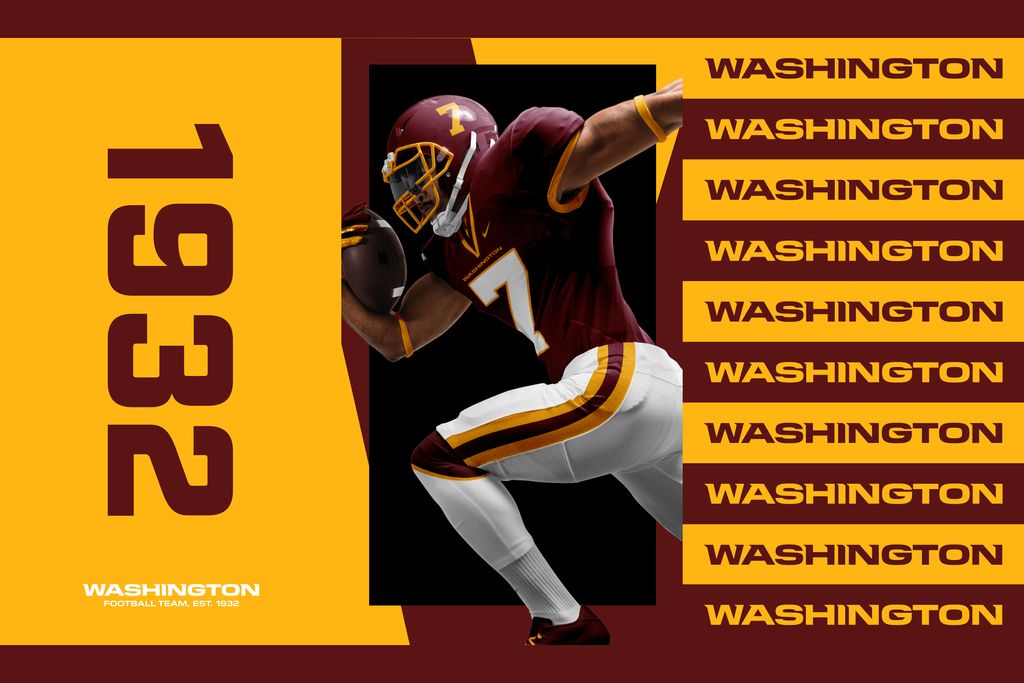 The team formerly known as the Washington Redskins is promising fans an inside look at its rebranding. The franchise—which scrapped the racist moniker in July amid pressure from sponsors—launched a website today on which it says it will provide “unique behind-the-scenes access to the work-in-progress blueprints” on the rebranding as well as “several ways for fans to weigh in on what the organization hopes will be a collaborative and inclusive process.”

The team is going with the generic Washington Football Team nickname this season—a move that has drawn plenty of sarcastic commentary— to buy more time to navigate the hurdles of establishing a new trademark, which typically involves a lengthy legal review.

The site, called Washingtonjourney.com, allows people to upload suggestions. But so far it is pretty sparse beyond that. It includes a one-minute video of head coach Ron Rivera talking about the franchise’s history and offering general platitudes about what it means to be a team. There is also a simple poll question asking viewers to weigh in on “What does team mean to you?”

“We are just at the beginning stages of this adventure and a transparent, participatory process will ensure that we build an identity our entire community will be proud of,” Marcus Stephenson, the team’s VP of digital marketing and programming, said in a statement.

The team is not handing the reins entirely to fans, however. It has hired an outside firm to assist in the process, although it won’t reveal its identity. Also, the team is not promising it will pick one of the fan suggestions. “For the last few weeks, we've seen via our social media channels that we have a very creative fan base who wants to be a part of this process. We can't guarantee we'll choose one of their names, but they will all certainly be up for consideration,” Stephenson said in a statement to Ad Age.

He added: “As we have drafts of various pieces of the overall package, such as logos and the way they will look on gear or on-the-ground in our stadium, we plan to show renderings to our community through the site.” The mock-ups are expected to be posted in the fall.

The rebranding comes as Washington deals with fallout from a report published a month ago by the Washington Post detailing alleged sexual harassment inviolving team executives and scouts. The team hired an outside attorney to conduct a review of the claims.

Meanwhile, the team has already had one minor rebranding fumble. It tried to establish its official hashtag as #1932 (its founding year)—but observers pointed out that hashtags with just numbers are not clickable. The franchise was aware numbers couldn't be used for a hashtag, according to Stephenson. It contacted Twitter about changing the policy, but the hashtag was accidentally posted too soon.

ok so no new hashtag yet 😅

give us your options of what you want!

While plenty of teams have been under the microscope for racially charged nicknames, including the Cleveland Indians, the Redskins took more heat than most, mostly because owner Dan Snyder had spent years claiming he would never change the name.

“Their ownership was so inflexible in even recognizing it as an issue. They dug in and they became entrenched and I think that has made them look worse, at least in the public’s eye,” says Mario Natarelli, a managing partner at branding agency MBLM.

But he says the Washingtonjourney.com site is a step in the right direction. “From the PR perspective they are already solving this by turning the page and flipping to a new brand. And that is really the best PR—to just get on with it and do it right, and use the community as important stakeholders in this process, because it is their team.”