Austin, Texas-based shop will now be called Third Ear
READ THIS NEXT
Make it a Blockbuster night by booking an in-store sleepover on Airbnb 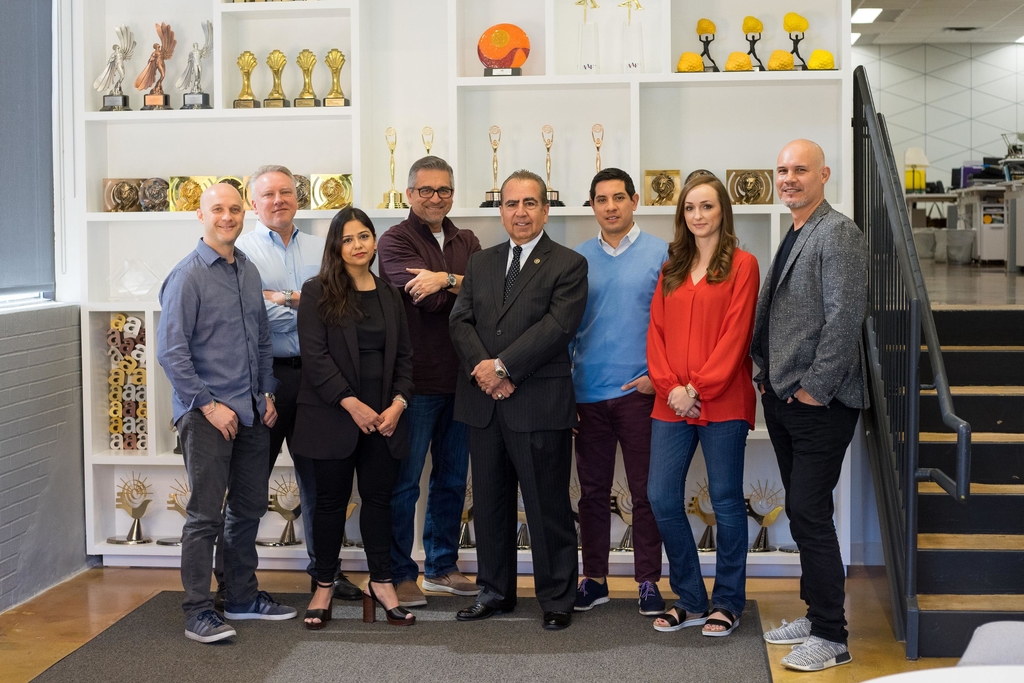 LatinWorks, one of the nation’s largest Hispanic ad agencies, is changing its name to Third Ear in a move to lure more English-language business. The rebranding, which follows a similar move by The Community a few years ago, signals a newly competitive landscape as general market shops and Hispanic agencies battle for the same accounts.

Austin, Texas-based LatinWorks, which is 49 percent-owned by Omnicom Group, has gained more general market work in recent years. The 78-person shop currently handles English and Spanish-language advertising for the Texas Lottery, for instance. But its name, which was once a strength, became a liability as it tried to grow beyond is Spanish advertising roots.

“We have Latin in our name,” so clients “assume that we just speak Spanish and we are a Spanish-speaking agency,” says Manny Flores, the shop’s CEO and managing partner. The name was “creating a subconscious block in terms of giving us assignments that were not purely Hispanic,” adds Alejandro Ruelas, the agency’s chief marketing officer and managing partner.

The Third Ear moniker is a play off the concept of having a third eye, which translates to gaining wisdom beyond ordinary sights.  “We like to call ourselves a listen-first creative agency,” says Serge Flores, the agency’s executive creative director. “We are very good at listening to culture, listening to data, listening to people, listening to the nuances that make people different. So we thought 'Let’s base the whole philosophy on that.'” 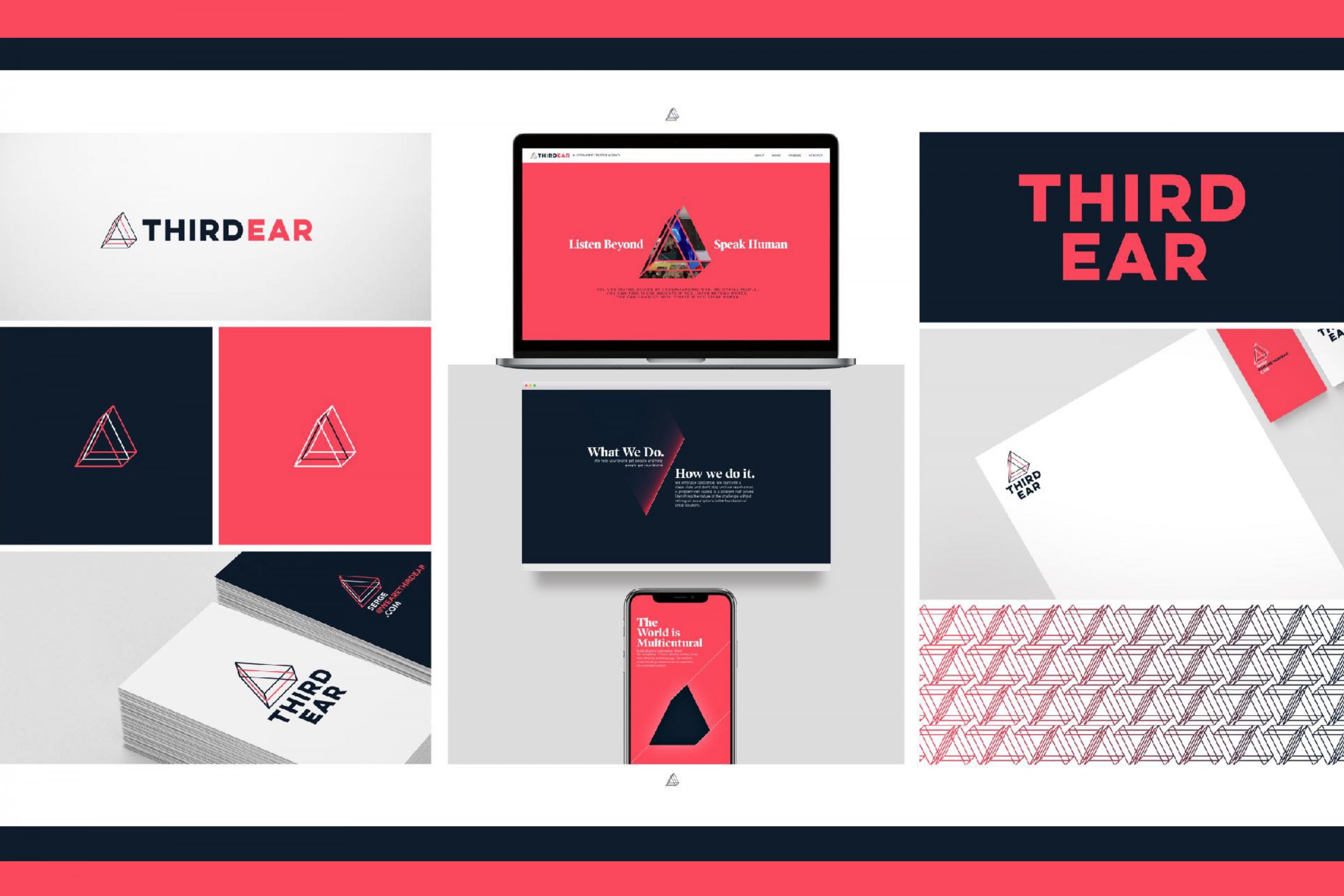 The rebranding comes as the dividing lines between multicultural and general-market shops continue to blur. Traditional agencies are trying to convince marketers to integrate multicultural work within their general market account. Meanwhile, Hispanic shops see an opportunity to lure more English-language work as the Latino population, including residents who speak both English and Spanish, continues to grow. By 2060, Hispanics are forecast to account for 28 percent of the U.S. population, up from 18 percent in 2017, according to the latest figures from the U.S. Census Bureau.

Hispanic shops view the demographic changes as an opening. “[For] clients that want to talk to America as America goes more multicultural, we are a great choice because multicultural is our background,” Manny Flores says.

LatinWorks’ rebranding follows a similar path taken by the agency formerly known as La Comunidad, which renamed itself The Community in 2015. "Language and ethnicity implied a separation that is less culturally relevant every day," José Mollá, co-founder and CEO, said at the time. The shop went on to do general market work for the likes of Corona, Cinnamon Toast Crunch and Hornitos tequila.

But as Hispanic shops target more general market work, they are battling traditional agencies that are offering all-in-one solutions during an age when clients are watching every dollar spent. For instance, MDC Partners-owned Anomaly touts its “Last Silo” approach that integrates multicultural insights into every piece of work rather than isolate them as a separate practice.

Casey Burnett, managing partner of the Burnett Collective, which runs agency searches, says general market shops are not targeting Hispanic work as a standalone piece of business. Instead, he says, they are trying to integrate multicultural marketing within their total account activities. Case in point: Bud Light, which up until late 2014 kept its Hispanic creative account at LatinWorks, now uses Wieden & Kennedy for Hispanic, as well as for its general market advertising.

Burnett says the all-in-one integrations work for clients that are targeting consumers broadly. But “for other clients that are really trying to home in on particular targets and groups, very rarely does it live up to what a specialist [agency] can do,” he says.

Humble beginnings
Manny Flores and Ruelas founded LatinWorks in 1998 after leaving marketing jobs at Anheuser-Busch. They originally ran the agency from a basement in St. Louis before moving to Austin the following year. Today, the shop ranks as the eighth-largest Hispanic shop in the U.S. according to preliminary figures from the forthcoming Ad Age Agency Report 2019.

As LatinWorks transitions to Third Ear, the agency is being careful about not straying too far beyond its roots. “We may go for brands that have proportionately large Hispanic audiences,” Flores says. He pointed to the evolution of the Texas Lottery account as an example that the shop would like to duplicate. LatinWorks originally won the Hispanic portion of the business, but “eventually we built a relationship with them and they have given us the whole account,” including media buying, Flores says.

The lottery client is now a major revenue driver for the agency, along with the Austin Convention & Visitors Bureau, for which is also handles general market work. Hispanic accounts include Target and Jack Daniels.

LatinWorks has gained multicultural business via its Omnicom relationship, and that will continue under the new name. For instance, it handles Hispanic advertising for Mars-owned M&Ms and Snickers, whose general market account has long been parked at Omnicom’s BBDO.

But even when crafting Hispanic campaigns, the agency uses tactics that account for the nuances of today’s Hispanic consumers, who often speak English and Spanish and have multiple identities. “We have moved away from ethnicity-driven marketing ...to an approach that is more about mindset,” Serge Flores says. “You can be 100 percent Latino and 100 percent American at the same time, which means you can’t talk to someone as a Latino alone.”

He pointed to a recent ad LatinWorks did for Snickers. It played into the fact that Hispanic mothers are often overprotective. “A Hispanic teenager is going to relate to that,” he says. But “at the same time, it is not unique to Hispanics.”