Marketers are able break through the clutter by going with a familiar voice—but only if it's the right voice
READ THIS NEXT
The Week Ahead: Netflix reports earnings and brands navigate Inauguration Day 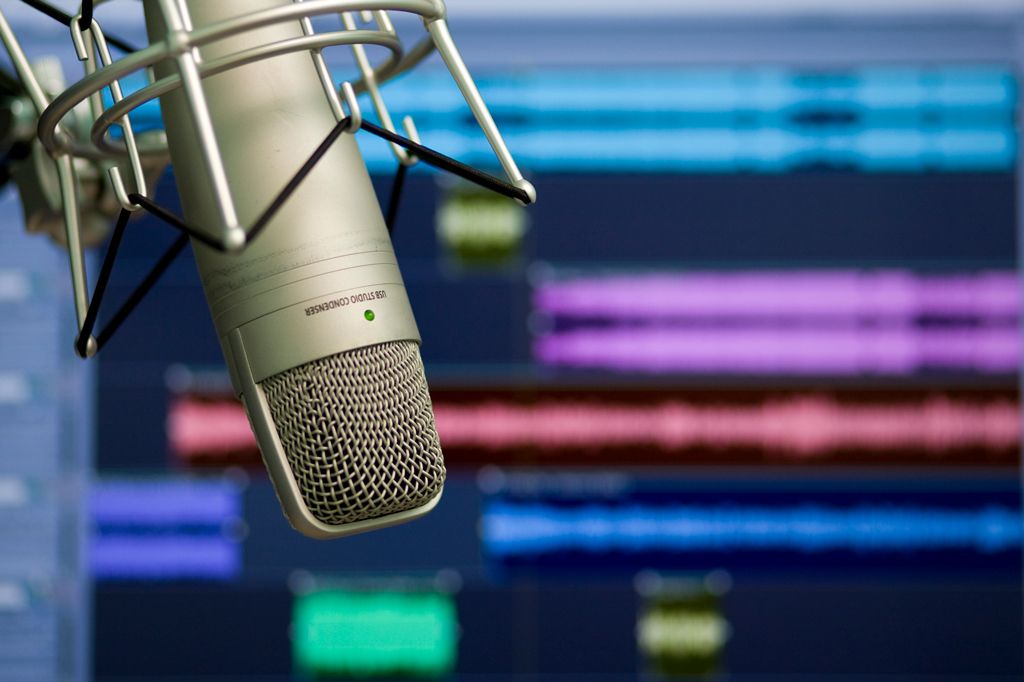 Even if we don’t always recognize them at first, celebrities provide their voices to many of the commercials we end up watching on our screens. Chris Pine has been the voice of BMW for 10 years, Minnie Driver gives Lexus appeal, Will Arnett can be heard in Reese’s spots, including the brand’s new Halloween spot, and yes, that was Sam Elliott, the longtime voice of Coors and past-Smokey Bear, who provided his resonating baritone to the latest ad for Joe Biden’s presidential campaign.

Celebrities for voice-overs are so sought after that even when brands cannot afford a specific star for a campaign, they will turn to casting agencies or ad agencies to find an actor who can carry the same essence, energy or type of sound, potentially tiptoeing the lines of the law (more on that later).

Why celebrities? Creative professionals agree: They help a brand stand out amid the hodgepodge of ads that fill our screens, even if you don’t immediately recognize whose voice is delivering the message.

“The general hope is that a celebrity voice-over can keep the listener’s brain engaged just long enough for them to not switch channels, fast forward through the commercials or walk away,” says Tim Curtis, partner at entertainment and talent company William Morris Endeavor (WME), who paired Helena Bonham Carter’s (“Sweeney Todd,” “Harry Potter”) smooth British notes to the new Apple Watch campaign. “If it’s a familiar-sounding voice, even if it’s one that you may not recognize immediately, your ear tunes in and subliminally connects you. When you’re trying to cut through the clutter, the value of that is priceless.”

The type of celebrity voice used can also help reach the type of audience a brand is after. Honda, for example, just changed out Fred Savage’s (“Wonder Years”) boyish tones for the rugged qualities of professional wrestler John Cena, hoping to sell more trucks. It’s a trend that competitors Ford, which uses Bryan Cranston, and Mercedes-Benz, with Jon Hamm, have already adopted.

“If you have an affinity for that person outside of their role, you’re going to pay attention,” says Joe Baratelli, executive VP and chief creative officer at Santa Monica-based ad agency RPA which worked with Honda on the new campaign. There’s also a 2017 study from the Georgia Institute of Technology and Vanderbilt University which found that low-pitched sounds and deep voices force brains to believe something is big.

All of which begs the question: Why not just use the celebrity entirely in the spot? There are two factors at play. For one thing, as with all ad campaigns, industry professionals say the concept of the spot should come first, and the celebrity second. Car, food and technology brands, for instance, want the focus to be on the product itself, rather than the celebrity.

“Often, it doesn’t make sense to include a celebrity on camera in certain creative,” says Curtis. “The product is the star and needs to be front and center, but a celebrity voiceover might simply enhance that.”

Other times, Curtis says, budgets are at play, and voice-over campaigns can be a way to still use a celebrity if a brand cannot afford on-camera work. Depending on who they are, some celebrities can charge millions to represent a brand on camera, and while a celebrity voice-over can still cost hundreds of thousands of dollars, it is still a cheaper option. It’s also true that some actors don’t want to be typecast or fully represent the brand on screen, and so are more open to voice-over roles, casting agents say.

Still, when budgets are cut, the celebrity is often the first to go. Some brands and ad agencies will try to remedy the situation by finding talent that has the same presence or sound as their ideal vision.

It’s something Carroll Kimble, founder and CEO of Carroll Voiceover Casting Company, who has cast voice-over work for brands like Mazda, Toyota and Chevron, says she has seen more of recently.

"Last year, things were changing a little bit and they weren’t using celebrity voices as much,” she says. “A lot of agencies had budget cuts and they would say, ‘Let’s just hire a scale actor (real person). So a lot of ad agencies would request: ‘We want this to sound like a famous actor but we just want an amazing actor. What if a really talented guy naturally sounded like Brad Pitt?’”

Kimble says she tries to find actors with the same presence as what agencies request because using “sound-alikes,” as they’re called, in voice-over work, is illegal. Celebrities can sue if they believe a brand is using their voice, or image, for publicity. A famous example is when Bette Midler successfully sued Ford, after the brand used an impersonator to sing one of her songs for a series of commercials in the 1980s.

A sense of discovery

Perhaps one of the most impressive examples of celebrity voice-over work in the past decade has been Arby’s ongoing “We Have the Meats” campaign with “Ving” Rhames, proving that great voices can sell sandwiches. The actor, known for his role as Luther Stickell in the “Mission: Impossible” series, and as the gang kingpin Marsellus Wallace in “Pulp Fiction,” has a deep, penetrating voice that captured the perfect “meaty” essence Minneapolis-based creative ad agency Fallon was going for in 2014 when repositioning the Inspire Brands-owned business to be more about, well, the meat.

Rick Utzinger, executive creative director at Fallon, says the agency decided to go with a celebrity voice-over to make sure the sandwiches were what appeared in viewers’ sight, and at the same time, have an enthusiastic and powerful voice who could come off as a huge fan of Arby’s. “You want the right match,” he says. “You don’t want a celebrity for celebrity sake.”

Fallon approached Rhames, who also has a history of voice-over work for the video games in which his movie characters appear, as well as being a narrator for UFC, and got him onboard. The team was so confident that his voice would entice viewers that they first pitched Arby’s with work using his voice-over, and won.

The campaign—bolstered by Rhames’ voiceover—has revitalized Arby’s business. A decade ago, Arby’s sales were shrinking, propelling one JPMorgan analyst to call the quick service restaurant “among the worst in modern restaurant history.” Now, Arby’s is one of the fastest-growing restaurant chains.

“It was a match made in heaven,” says Utzinger. “When Ving Rhames says we have the meats, I believe him.” Today, Fallon writers present scripts in their best Rhames impressions because “that’s the best way to make the scripts come to life,” says Patrick Figueroa, executive creative director at Fallon.

While some viewers might not initially connect Rhames’ voice with the actor, that doesn’t mean they won’t eventually. Utzinger says there’s an element of discovery when it comes to using a celebrity as a voice-over artist. “It might happen immediately or a year down the road,” he says. That sense of discovery then helps cement the actor and the brand they represent in the minds of consumers.

Another benefit of using Rhames for a voiceover, rather than an on-camera role, is the amount of commercials and content Fallon is able to produce for Arby’s, Utzinger says. Since 2014, Arby’s and Fallon have produced thousands of pieces with the busy star, something far easier to do when voice-over files can be sent digitally, especially during the pandemic. One Arby’s commercial that came out during the peak of the pandemic plays on producing ads quickly.

Even when celebrities aren't the on-camera brand ambassador, their role as voiceover artist can still add value outside of commercials.

John Lithgow has been the voice of General Mills’ Progresso Soup commercials since 2016, the same year he began playing Winston Churchill in Netflix’s “The Crown.” When it came time to promote the streaming TV series on the late night show circuit, Lithgow, also known for his Broadway shows and his starring role as Dick Solomon in “3rd Rock From the Sun,” ended up talking about Progresso Soup while on “The Tonight Show Starring Jimmy Fallon.” In a clip from the episode, Fallon has Lithgow taste a bowl of Mario Batali’s chicken soup and has him compare it to Progresso. The setup was an unexpected surprise, says Jaime Robinson, co-founder and CCO at New York-based ad agency Joan, which works with Progresso on the campaign with Lithgow.

The reason for going with a celebrity voice-over campaign for Progresso is to draw focus to the food and its preparation, says Robinson. The agency wanted to find someone who had an elevated, excited voice to bring the spot to life, and landed on Lithgow. Even though working with the star is more expensive than a non-famous voice-over actor, one area where the agency can still cut costs is re-using food footage, she says. Still, the actor has brought much more than his voice to the role.

“He will improv some stuff and we come out with versions of lines that end up funnier than what we originally wrote,” Robinson says. Progresso and Joan even played subtly on the celebrity status of its narrator in the script for the brand's most recent spot with Lithgow.

While many actors are still out of work due to the pandemic making in-person production work hazardous, voice-over artists are finding there’s more work than usual to go around. Casting agents say, celebrity or not, voice-over artists have built full studios in their homes as a workaround from not being able to physically appear at production studios, with agencies helping out where they can.

“In March when the pandemic first started, the voice-over side of the advertising industry was the first segment to rally and adapt,” says WME’s Curtis, who worked completely virtually with Helena Bonham Carter on the Apple Watch campaign. “When talent couldn’t go into an outside recording studio, we had recording equipment brought into the celebrities' homes and they were directed via Zoom.”

In some cases, campaign concepts that included the celebrity being on-camera had to be scrapped and refocused into voiceover work. RPA’s Baratelli says that’s what happened with a recent get-out-the-vote PSA from LGBTQ+ organizations Equality California and Silver State Equality running on TV in California and Nevada through election day. Before COVID hit, some of the concepts included an on-camera celebrity, but the idea eventually morphed into a graphic representation with actor and singer Billy Porter providing the voice-over.

“More celebrity talent are being requested for voice-overs across the board as they can give more meaning, sentiment or ‘umph’ to a spot,” says Renata Neumann, head of production at GUT Miami. The agency worked with actor Wendell Pierce (“The Wire”; “Jack Ryan”) for Popeyes’ NOLA Strong campaign that introduced a special meal to raised funds for families in New Orleans affected by COVID. Pierce was selected because he was able to connect with the subject, because he’s from New Orleans and has a voice that transmits hope, says Neumann.

“Often, we see celebrities and their voice-overs used as a way to mask the lack of a creative idea, but when it's used in the right way,” Neumann says, “celebrities can bring out the brand's unique character and its values within the spot.”