When Stone Brewing found out local mag West Coaster was no longer printing, it decided to front costs to bring it back to the page
READ THIS NEXT
Anheuser-Busch strikes deal with Travis Scott, and The Rock’s new tequila is on fire: Trending 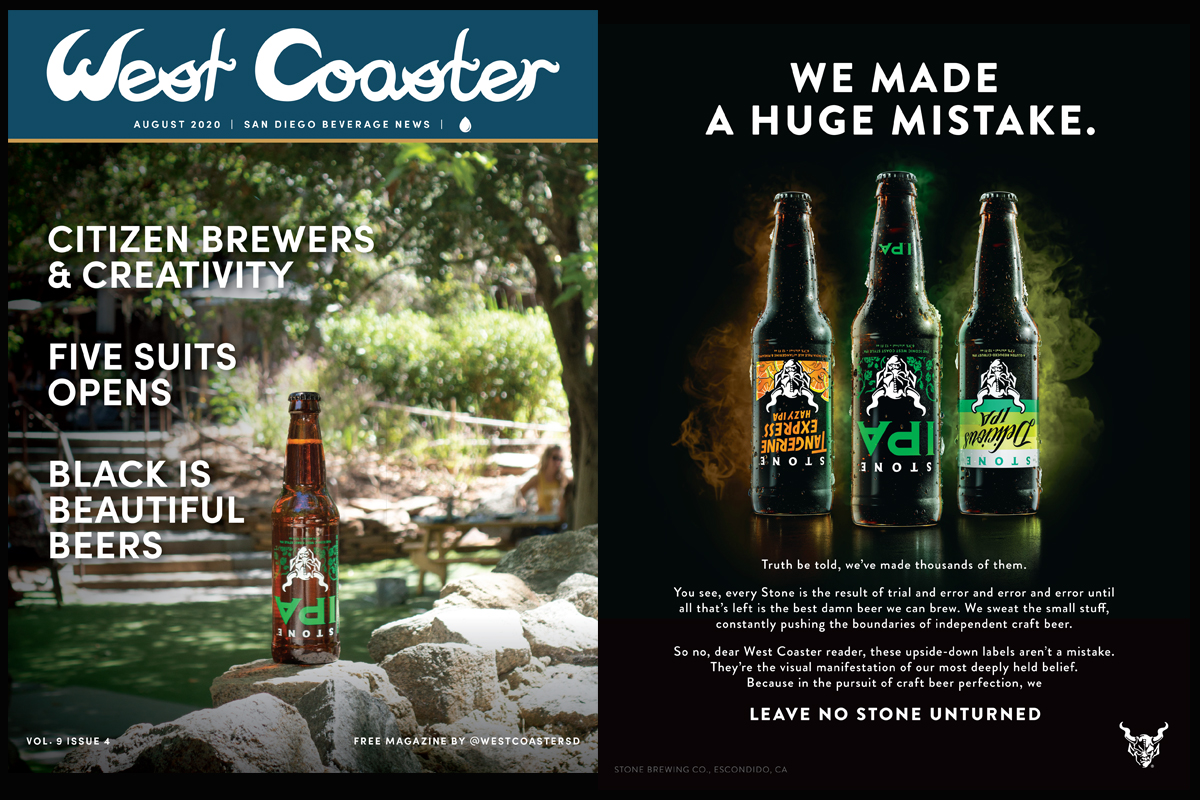 Earlier this summer, Escondido, California-based Stone Brewing, the ninth largest independent craft brewer in the country, debuted its first-ever ad campaign after nearly 25 years in business. The “Leave No Stone Unturned” effort, created out of IPG-owned Big Family Table, involved what at first appeared to be a major mishap in its packaging process—all of a sudden, the labels on its bottles and cans were upside down.

After the product sat on shelves for a bit, Stone Brewing later came out with ads and messages in which founder Greg Koch admitted, “No, these upside down labels aren’t a mistake. They’re the visual manifestation of our most deeply-held belief. Because in the pursuit of craft beer perfection, we leave no stone unturned.” 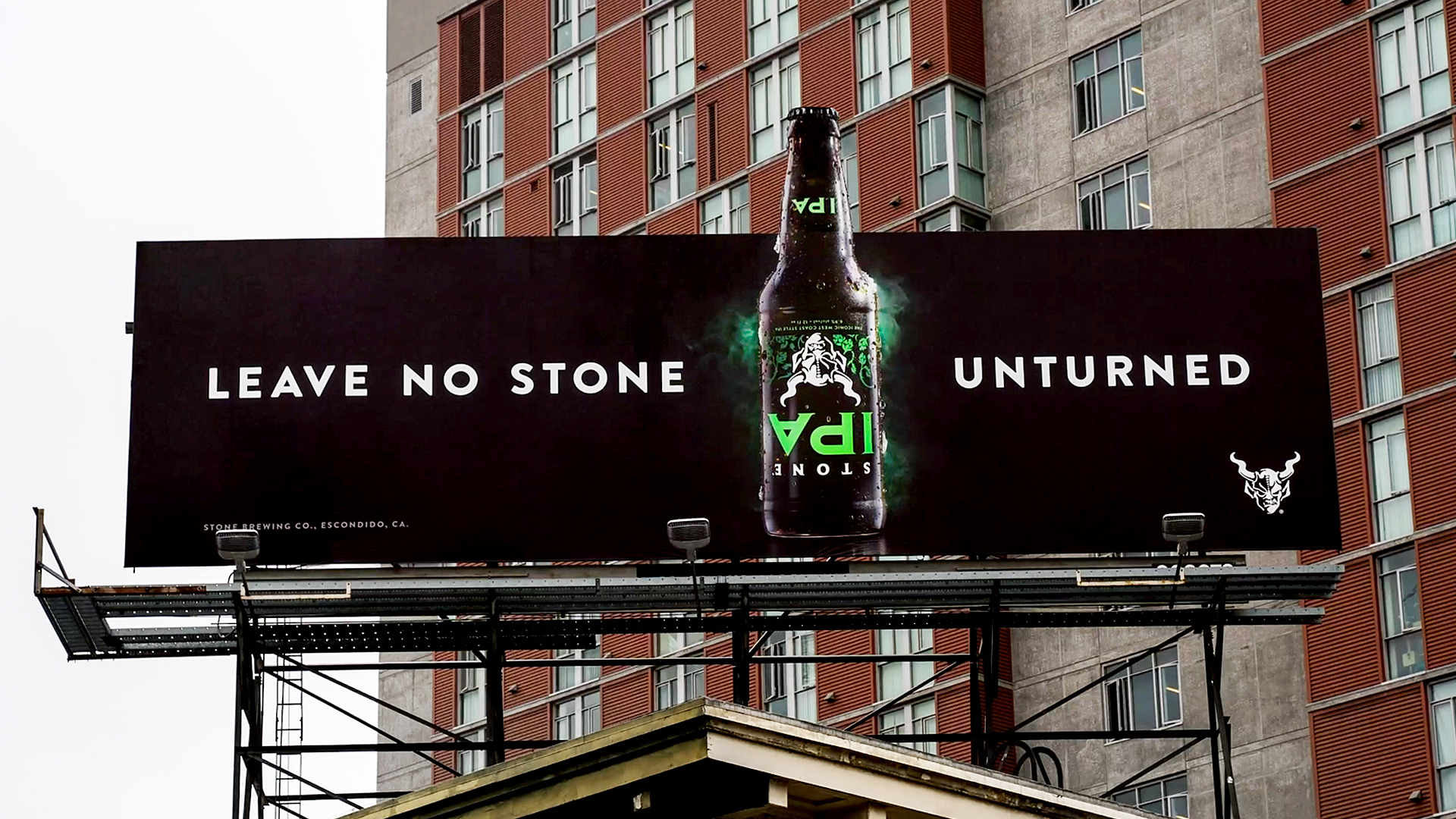 While the brand had been looking for media space for its new campaign, it had approached local San Diego beer and spirits publication West Coaster, only to find that, as with many other small businesses during the pandemic, the magazine was struggling and had paused publication of its print edition. But, instead of going elsewhere, Stone Brewing and Big Family Table worked with West Coaster to come up with a new plan—the brewer would front the cost of production on the issue. According to BFT Exec VP-Group Account Director Chris Carter, not only did Stone Brewing get its ad space and West Coaster appear in print once again, the effort also allowed the magazine to offer ad space to local taprooms and other brewers at a 50 percent discount. 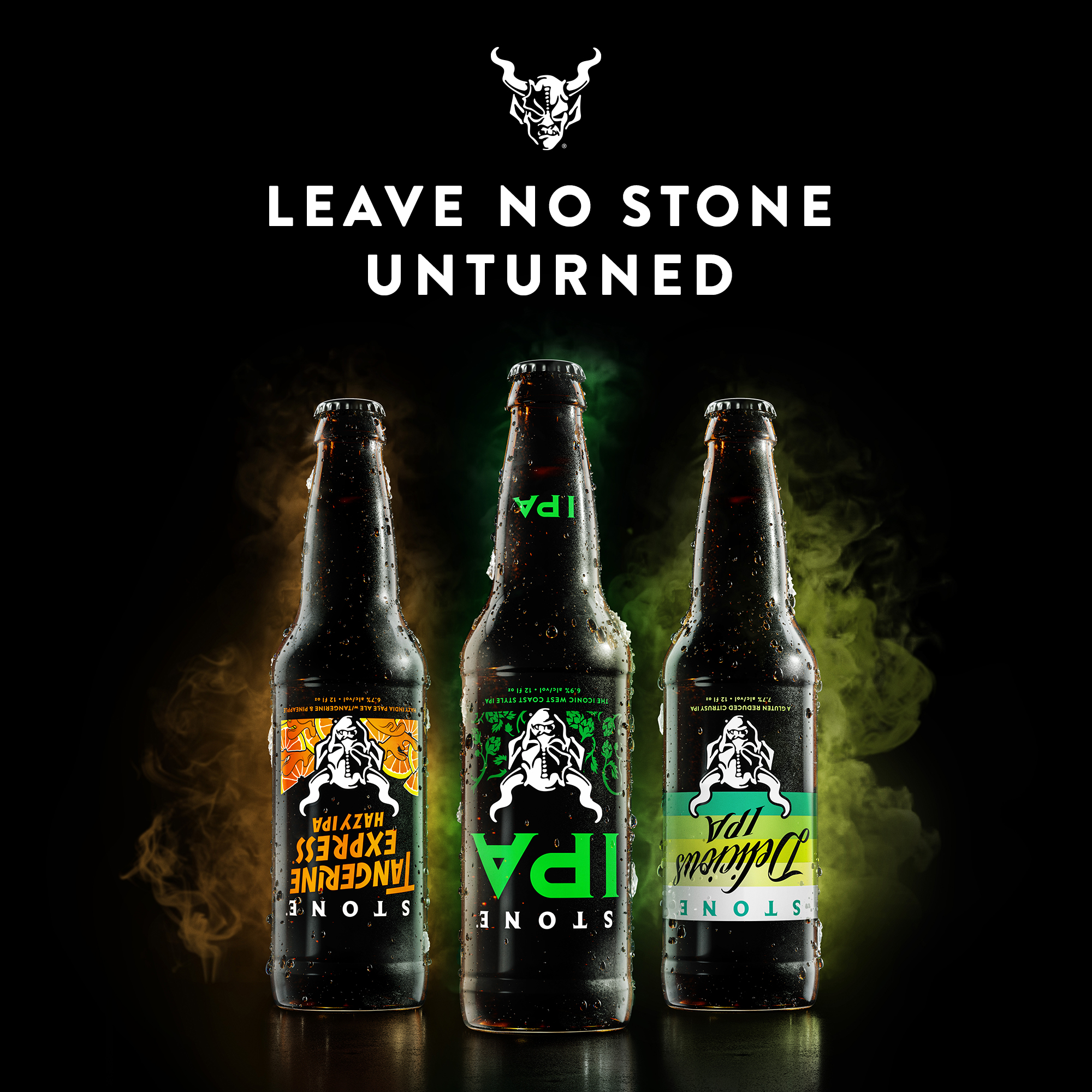 The August issue features not only ads from Stone Brewing’s campaign, but also from beer shop and tasting room Bottle Craft, other indie brewers like Lost Abbey and Upslope Brewing Company, and winery Charlie and Echo. What started out as a simple attempt at an ad buy became a win-win for all.

IPG's Big Family Table is a spin-off of Deutsch that was originally created to service the Hulu account (leading to campaigns like "Better Ruins Everything" and the "Sellouts" campaign that included the Tom Brady Super Bowl ad). Since then, the agency has expanded to other clients, including Stone Brewing.

“The idea came out of the blue,” says West Coaster publisher Mike Shess. “Stone wanted to buy an ad space, but I said we didn’t have any money to print the next magazine because all of our advertisers are shut down. They asked how much it would cost and we went from there.”

The sponsorship put both Stone Brewing and West Coaster in the spotlight, with both earning coverage in the local news.

An example of ingenuity and generosity in the COVID era, the Stone Brewing idea may very well become a new business model for West Coaster. “The Stone sponsorship has kept us alive for a while longer,” Shess says.

“I've created a ‘Cover Sponsor’ package which replicates the Stone deal, using the current issue as a template,” he adds. "I am shopping around to see if any other local beverage businesses would be interested and I'm confident I can find someone. If anything, the sponsorship has given us visibility and exposure. Right now, I'm working to translate that into new business for us.”