Retailer scaled the program last month and will further expand to include outside advertisers and channels in 2021
READ THIS NEXT
Anheuser-Busch strikes deal with Travis Scott, and The Rock’s new tequila is on fire: Trending 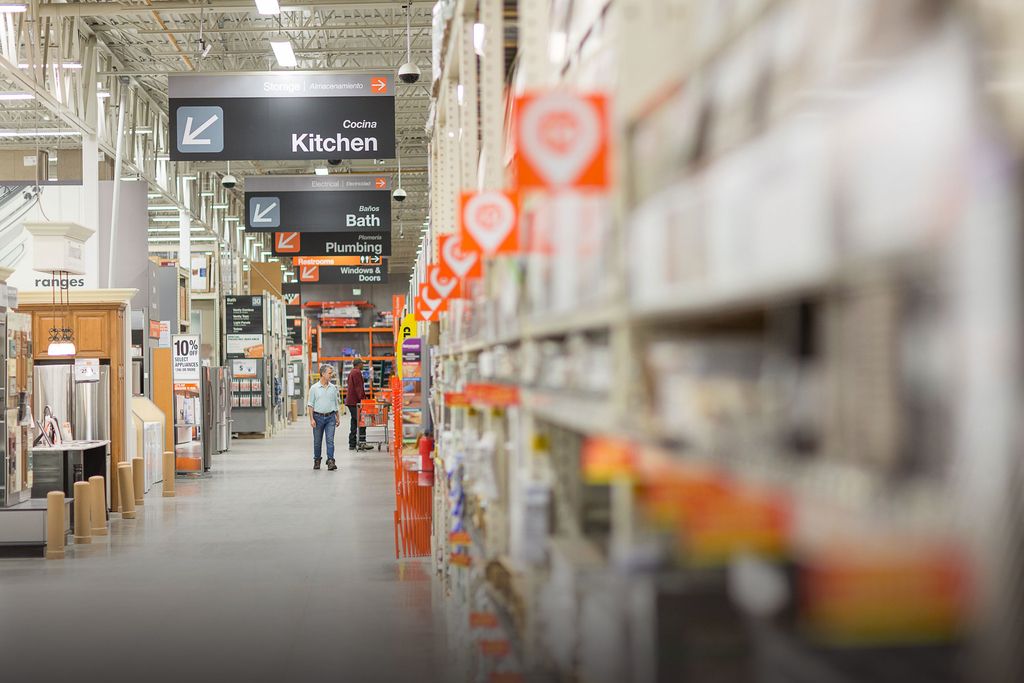 Inside a Home Depot store.

Home Depot is the latest brand to capitalize on its exclusive first-party data by expanding its media capabilities for advertisers. Last year, the home improvement chain began Retail Media+, its proprietary network where brands that sell at Home Depot can buy ad placements on HomeDepot.com and its social channels. Now, that program is in expansion mode.

In October, Home Depot broadened Retail Media+ to include better targeting on media placements that find customers off-site and on outside channels and serves them up vendor ads redirecting them to HomeDepot.com or stores.

“We have two big assets at Home Depot,” says Chief Marketing Officer Adolfo Villagomez, noting the chain’s website traffic and its first-party data. “We target you on your ecosystem of how you operate online.” He notes that the retailer is seeing “tremendous” interest from vendors on the program, which already serves hundreds. Home Depot has data from some 45 million households.

Home Depot isn’t the only marketer investing in its own media business. Earlier this year, CVS debuted its own digital network for advertisers. It’s a growing trend for companies that are recognizing the value of their own customer data—how such insight can further their own brands as well as those of the brands they sell. Along with Home Depot and CVS, marketers including Target, which calls its media network Roundel, TripAdvisor, Walmart, Kroger and Best Buy all have such offerings.

Home Depot has also been testing a self-serve kit for smaller vendors to use Retail Media+, according ot Melanine Babcock, VP of integrated media at the Atlanta, Georgia-based company. Next year, Home Depot plans to expand the program beyond its own vendors to advertisers that do not sell at Home Depot. Babcock noted potential interest from banks, for example, who might want to advertise to customers in need of financing for home projects.

“We know it’s a good business solution for our vendors and a good experience for our customers,” says Babcock. “We are expanding to other channels and other partners to take this off-site program to scale.”

The company has invested in Retail Media+ with dozens of hires this year, says Villagomez, noting growth in Home Depot’s media, technology and creative teams.

Such hires come as the retailer continues to flourish during the coronavirus pandemic as consumers pursue home improvement projects. Earlier this year, Home Depot reported third-quarter earnings that beat analyst expectations. Revenue, at $33.5 billion, increased 23% over last year. Net income rose 24%. On a call with analysts, executives noted customer demand for outdoor gardening items, as well as items like a 12-foot-tall skeleton that became a Halloween must-have.

At the same time, Home Depot is looking for a new creative agency. Earlier this year, it fired The Richards Group, its agency of 25 years, following racist remarks by Founder Stan Richards.