How Netflix, Smirnoff and other brands are jumping on the presidential debates | Ad Age
Skip to main content

Seventh Generation, Absolut, Netflix and others are campaigning to get out the vote
READ THIS NEXT
5 takeaways from the ANA’s ‘human’-obsessed virtual Masters of Marketing event 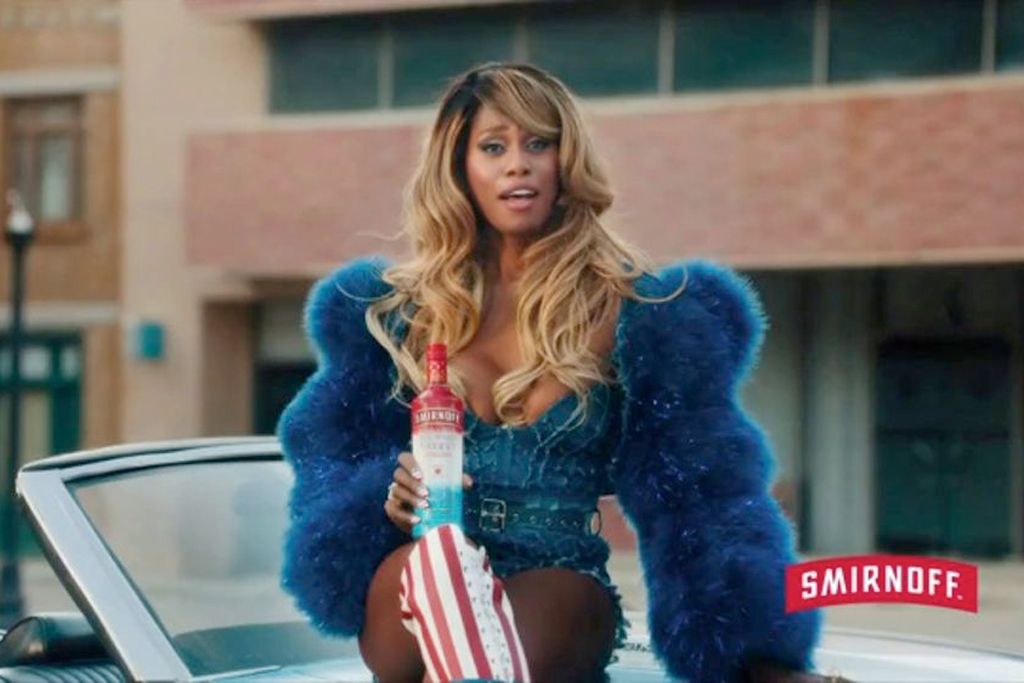 The first 2020 presidential debate kicks off tonight in Cleveland, giving advertisers the opportunity—infrequent since the pandemic began—to reach a substantial, unified audience. NBC, CBS and ABC have all sold out their commercial inventory around the first debate, Variety reported on Monday, and many advertisers are using their time to get out the vote.

Seventh Generation's 30-second spot, focused on the climate crisis, encourages Americans to vote for themselves and for those too young to go to the polls. In the spot, created by ad agency Opinionated, young people ask older generations to cast a vote for them—that is, a solution to the climate crisis. The ad is airing on ABC, CBS, NBC and digital TV.

Seventh Generation also sent an open letter to the debate committee asking that climate change be included in debate topics, says Chief Marketing Officer Hanneke Willenborg. While climate is not among the six topics on the agenda, Willenborg said the brand will keep pushing the issue and might continue advertising around other debates. Seventh Generation saw significant lifts in unaided brand awareness and purchase intent from the ad it ran on networks immediately after the State of the Union address in February, and the new ads further that effort.

“At this point in time, the biggest threat not just to the next seven generations but to the next generation is the climate crisis,” Willenborg says. “We’re still considering what to say for the next two debates.”

Pernod Ricard's Absolut is releasing its first broadcast TV commercial in three years. The 15-second spot shows a truck passing outside the United States Capitol carrying a simple message: "Dear America, your vote can shake or stir the election. Vote first, drink second.” The spot will run during CNN’s pre-debate coverage and on MSNBC and Fox News after the first debate.

The spot is part of an out-of-home, digital and social campaign from ad agency BBH called “Drink Responsibly. #VoteResponsibly,” and goes along with Pernod Ricard USA’s effort to give all employees paid time off to vote on Nov. 3. “We’d never tell anyone who to vote for, but if we can inspire Americans to get out and vote—and if they wish to, responsibly enjoy an Absolut cocktail after their ballot has been cast—we will advance our goal of creating a better blended society,” Pamela Forbus, chief marketing officer of Pernod Ricard USA, said in a statement.

Leading into the first night of debates, Smirnoff has been airing a star-studded TV and digital campaign from ad agency 72andSunny for its red, white and berry seltzer—urging Americans not to blend politics with spirits. “Don’t drink and debate politics,” says actor and former wrestler Dave Bautista. “Don’t drink and debate who won the debates,” says “Orange is the New Black” actress Diane Guerrero. One reminder is begun by soccer star Megan Rapinoe: “And if there’s one thing Smirnoff knows for sure …” and finished by “Orange is the New Black” actress Laverne Cox: “... don’t ever drink and bring up Russia." The spot began airing during the Time 100 broadcast last week and is slated to run during upcoming debates.

Cleveland is where President Donald Trump received the Republican Party presidential nomination in 2016. This time around, there’s an ambush of anti-Trump billboards and posters awaiting the president’s arrival. Nine billboards and thousands of street posters decorated by local artists line the streets from the airport to the debate site at the Cleveland Clinic, urging voters to “Vote them out!” and visit RememberWhatTheyDid.com—which creates original artwork reminding voters what public officials have said and done. Visitors can register to vote, donate and purchase merchandise.

The colorful billboards use POTUS’ own words to highlight his perceived apathy toward issues including the pandemic, police brutality and migrant children. The campaign includes artwork from former ICU nurse Nate Lewis and rock poster artist Justin Hampton, and comes from advocacy program United Artists for Change, which partnered with Collective Super PAC—which is dedicated to building Black representation in politics. It was organized by Cleveland natives Scott Goodstein and Jeff Rusnak and artist Robin Bell, known for his video projections on the Trump Hotel in Washington, D.C.

The billboards and posters—which are also being placed in Detroit, Milwaukee, Pittsburgh and Phoenix—are meant to connect with underrepresented voters who might not be reached by traditional advertising, according to campaign co-founder Goodstein. “We are bringing our message to the streets because in an election year this important, we cannot allow any of our communities to be overlooked,” he says. 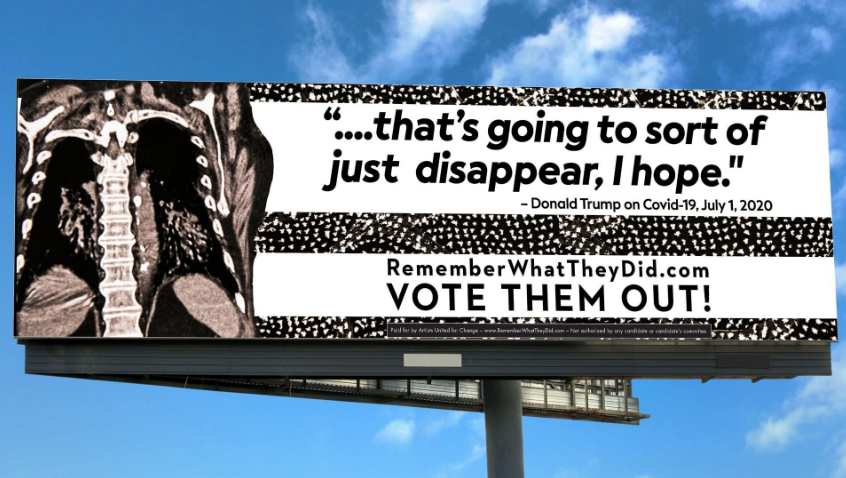 On Monday, Netflix launched three new episodes of its “Explained” series from Vox centered around voting, called “Whose Vote Counts.” The episodes are narrated by Leonardo DiCaprio, Selena Gomez and John Legend, and explain just how much individual votes matter.

The right to vote is at the foundation of America’s democracy. But not every vote is created equal. How does the system work, and can it be fixed? Whose Vote Counts, Explained comes to Netflix on September 28th pic.twitter.com/36GqTisIAu