How Oatly became the oat milk brand to beat 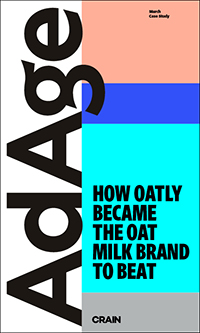 Each month, Ad Age creates and shares an exclusive case study with Ad Age Insider subscribers. Already an Insider? Instantly download the case study here. Or learn more about Ad Age membership levels and benefits here. This month, we’re taking a look at what’s behind the skyrocketing sales of oat milk, as seen through two of the category’s best-known brands, Oatly and Chobani.

Oat milk sales are exploding due to a confluence of trends: Sales of soy milk have lagged for years. Almond milk, while still the leading non-dairy milk alternative, is experiencing a backlash due to environmental concerns about the harvesting of almonds depleting a major water supply in California. And dietary restrictions, particularly those related to lactose intolerance, have contributed to a massive decline in dairy consumption in the U.S. Total retail sales of dairy milk have plummeted more than 25 percent in the last five years, from just over $16 billion to $13.9 billion, per data from Nielsen.

Still, no one could have predicted the recent spree of panic buying oat milk related to coronavirus fears. Nielsen data for the 52 weeks ended March 7 showed that retail sales of oat milk (up 347.1 percent) were five to six times higher than those of dried beans and rice, outpacing even household items like rubbing alcohol (up 253.8 percent) and bath & shower wipes (up 253 percent). Only hand sanitizer (up 470 percent) and aerosol disinfectants (up 385.3 percent) saw bigger increases during the period. And for the week ending February 22, oat milk sales spiked more than 300 percent—even outpacing spikes in hand sanitizers (54 percent) and disinfecting spray (19 percent).

After entering the U.S. in early 2017, Oatly quickly became a favorite among baristas and admirers of its self-deprecating marketing. Its maniacal focus on a single plant-based ingredient helps to explain how the tiny Swedish company was able to blaze a trail in the hottest segment of the non-dairy milk alternative market, nearly tripling its sales from $68 million in 2017 to $200 million last year, per the company.

“Everything we do starts with our expertise in oats,” says Mike Messersmith, president of Oatly North America. “We use a liquid enzymatic process to turn whole oat kernels into a liquid that becomes oat milk for ice creams and yogurts. We’ve been constantly improving the formula over the last 25 years.”

Despite a track record of disrupting the European dairy industry with taglines like, “It’s like milk, but made for humans,” Oatly has taken a less confrontational approach in the U.S. The brand has been engaged in a running commentary on its own advertising, with a focus on outdoor placements in New York and Los Angeles. “If you don’t read this ad, no worries,” reads one execution. “Someone else likely will.”

Oatly creative director John Schoolcraft says the brand was developed for an international market. “It’s not your typical Swedish perspective in that there’s a lot of sarcasm,” he says. “The most important thing is that we treat the consumer with respect. If you’re going to interrupt the consumer’s life with an ad, it has to be something that makes them laugh or keeps them interested. Otherwise, what’s the point?”

Oatly’s success has spawned a flurry of competitors from larger food companies, including HP Hood’s Planet Oat and, more recently, Chobani Oat drink. Chobani entered the market last November with Chobani Oat, a broad marketing platform from which the company has introduced a variety of dairy-alternative drinks, creamers and yogurts. 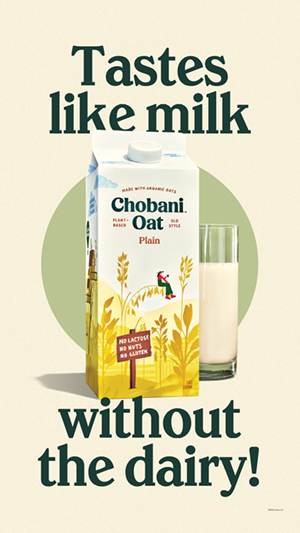 The main marketing behind Chobani Oat is “Almost Milk,” a campaign that includes two TV spots and a series of outdoor ads concentrated in coastal markets. The nostalgic look of the ads is an homage to Norman Rockwell’s vision of Americana. A 1950s-style kitchen is the setting for one of the spots, “Almost Spilled,” in which a man tips over a carton of Chobani Oat, only to have its liquid contents deposited into a young girl’s cereal bowl beneath a kitchen table.

“We first had to understand the role milk plays in our culture,” says Leland Maschmeyer, chief creative and strategy officer at Chobani. “We felt Norman Rockwell was the best expression of Americana in visual form, and we reinterpreted it through the lens of minimalism and graphic iconography to give it a contemporary feel.”

More rival oat milk brands are likely on their way, as the plant-based category has a lot more room for growth. Notes Messersmith, “It’s grown a lot till now, but the way it will change over the next five to 10 years will make this previous period look small by comparison.” 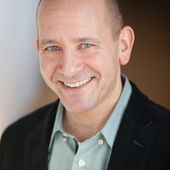 Michael Applebaum is a freelance writer who specializes in marketing journalism and thought leadership. The former Brandweek editor works with businesses and agencies on custom projects, including Ad Age Publishing Partners. His ghostwriting work has also been featured in Forbes, Fortune, Huffington Post and Media Post.