Sweetgreen jumps feet first into marketing
Sweetgreen is out with its first national video and print ad campaign. “Follow Your Greens” includes 15-second spots that showcase people, with shots of the feet of a somewhat eccentric gardener and a woman in a yoga pose as she talks about how much spinach she wants in her salad. The idea for the videos was for the characters to break the fourth wall as they discuss what they order. The print ads feature something people never want in photos of themselves: smiling with lettuce stuck in their teeth. The salad chain’s in-house creative team came up with the work, along with Dan Kroeger and Pierre Janneau, and director Kristoffer Borgli.

Google vs the Weed Tube
Google just said “no” to those under-the-influencers, blocking a pro-pot video app from the Play Store. The Weed Tube says that Google suspended their app, claiming the company is being a total narc about hosting marijuana-based businesses. Google was not immediately available for comment, but the weed-inspired video site has been in this position before when Apple’s App Store delayed its approval, too. Major digital platforms often take a hard look at any drug-related promotions with strict rules against apps and ads that are one toke over the line.

Ikea gets a digital upgrade
Ikea is planning a new app as the popular Swedish retailer tries to improve its shopping experience for the modern consumer—who might prefer to browse from their own “Ektorp” sofa rather than Ikea’s massive showrooms. With a new design, content and user experience, the app also features an in-store mode so shoppers can better see how items fit within their own homes. The furniture brand tapped Work & Co earlier this year as its digital partner for such new ventures. As it builds up its digital prowess, Ikea is paring down its stores with smaller sizes such as the location that recently opened in Manhattan.

Going vegan
Call It Spring, the accessories brand owned by Aldo Group, is taking the plunge into full veganism. The 400-unit chain, which sells shoes and handbags at what it says are affordable price points, announced over the weekend that its products will be free from animal materials or derivatives. The brand joins a growing list of companies that have embraced environmentally-friendly practices. According to a recent report from retail technology company Edited, products described as “vegan” increased 11 percent year-over-year in the U.S. and 75 percent in the U.K. for the year ended in January. Footwear in particular, is seeing a rise in veganism, Edited found.

What is IHOP up to now?
IHOP, we all recall, renamed itself IHOb in a burger-driven stunt last year (it worked: it actually sold more burgers). Now, it’s promoting some sort of return to IHOP on June 3. The restaurant chain formerly known as the International House of Pancakes isn’t saying just what is up just yet. Bets are on updated pancakes, or maybe pasta or potatoes? DiGiorno’s jokingly worried it might be pizza. We shall see.

Last year, the Internet had a lot to say about IHOb. Well, we heard you. Stay tuned for June 3. #IHOP pic.twitter.com/ycbk0rKAY8

Charles Schwab swings out a new campaign
Charles Schwab got a social media boost over the weekend. As part of the financial brand’s new campaign with New York agency Episode Four, the champion of the Charles Schwab Challenge at golf tournament PGA Tour was set to receive a custom 1973 Dodge Challenger. But after golfer Kevin Na won the car, he pledged it to his caddie Kenny Harms. In addition to the giveaway, Charles Schwab’s new creative campaign will include a series of more than two dozen TV spot. The brand first tapped Episode Four last year.

Would you buy this?
Rosé season is once again upon us. If you can’t shower without a glass of the oh-so-trendy wine, Urban Outfitters has you covered with a holder that attaches to your shower wall. 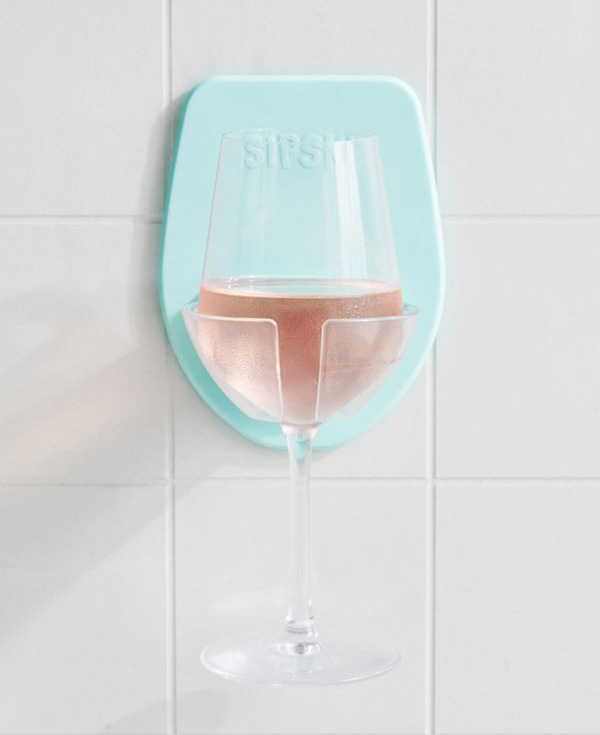 Number of the week
34 percent: expected share from eastern markets--including Illinois, Massachusetts, Michigan, New Jersey and New York--of total recreational cannabis sales by 2023, according to the Brightfield Group, a market research firm. And speaking of cannabis, if you're in New York next week be sure to stop by Ad Age's offices Tuesday afternoon for a series of conversations about the evolution of the legal marijuana industry.

The influencer bubble is bursting. This young lady has well over 2 million followers and couldn’t sell 36 shirts. Focus on genuine engagement and not followers cuz they ain’t gonna buy a thing. pic.twitter.com/uOSVxc2k4D

Comings and goings
Walmart hired Suresh Kumar as chief technology officer and chief development officer. He joins the retailer from Google, where he was VP and general manager of display, video, app ads and analytics. Kumar has also worked at Microsoft and, notable for Walmart, spent 15 years at Amazon.

McDonald’s UK and Ireland named Gareth Helm as SVP and chief marketing officer. The regional outpost of the Golden Arches also said Michelle Graham-Clare was promoted from head of marketing to marketing director, food and beverages, where she’ll work alongside Ben Fox, marketing director, brand, experience and media. Helm joined McDonald’s UK and Ireland from property website operator ZPG and has prior experience in the food industry at companies including Nestlé.