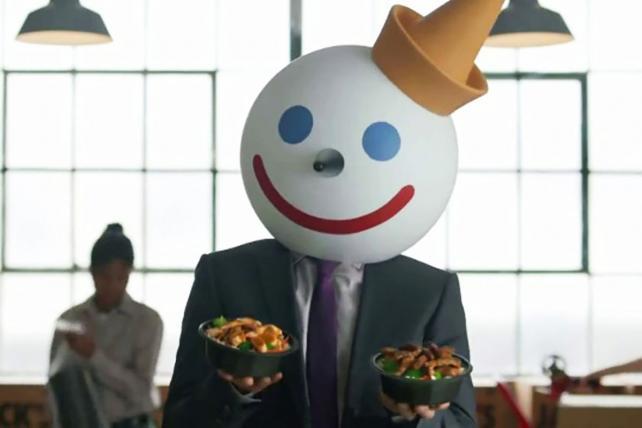 Jack in the Box Inc. franchisees hope the company drops CEO Lenny Comma and remakes the upper management team, including hiring a head of marketing.

Citing weak sales, franchisees of the fast-food chain are urging the company to replace its CEO. The group that represents about 89 percent of Jack in the Box's 2,200 locations says its resources have been cut in recent years, hurting training and remodeling efforts and leading to a loss of confidence in company leadership.

"We really need change," said Michael Norwich, chairman of the National Jack in the Box Franchisee Association. "Nobody is taking ownership and it's resulting in the condition we're in now."

In response, the company said it has been open to "constructive feedback" from franchisees and will work with them "to develop and refine our strategy for success, and ensure our ultimate goals are fully aligned."

"Importantly, we believe the viewpoints expressed today by the NFA leadership are not reflective of the entire franchise community," Jack in the Box said to Bloomberg in an emailed statement.

Plus, CMO Iwona Alter left in August, representatives confirmed Tuesday. The Holmes Report reported on Alter's departure in an Aug. 30 report that also said Jack in the Box was no longer working with agency David & Goliath on social media. Representatives for the chain say David & Goliath remains as Jack in the Box's lead creative agency of record and do not anticipate any changes in the near future.

Jack in the Box has recently been advertising ribeye burgers and teriyaki bowls in ads featuring the Jack, the fictitious clown who has posed as the chain's founder and CEO in campaigns for years.

Comparable sales at Jack in the Box rose just 0.5 percent last year, trailing its burger peer group average of 1.5 percent, according to Bloomberg Intelligence data. Still, that marks a turnaround after several quarters of slipping sales. Comma, 49, said in August that the positive momentum is continuing into the current quarter.

Lately, the chain, known for its late-night fare, said it's been losing some budget-conscious customers to rivals including Taco Bell and Carl's Jr. that are offering steep discounts. In August, Comma said the company was trying to do more deals under $5.

Some recent campaigns have been flops, said Norwich, who owns 14 restaurants. Franchisees said they were stuck with barbecue sauce after the chain's Smoky Jack burger didn't sell as the company expected. Jack's Food Truck Series of sandwiches were also a disappointment, he said.

Comma, who also serves as chairman, has been CEO of Jack in the Box since January 2014 and was chief operating officer before that.

The association recently hired franchise attorney Robert Zarco to represent its interests. The majority of franchisee members gave the company's executive team a "no confidence" vote at the group's annual meeting in July, it said.

Jack in the Box was the country's 22nd largest chain in 2017 with systemwide sales down 1.2 percent to less than $3.5 billion, according to Technomic data.