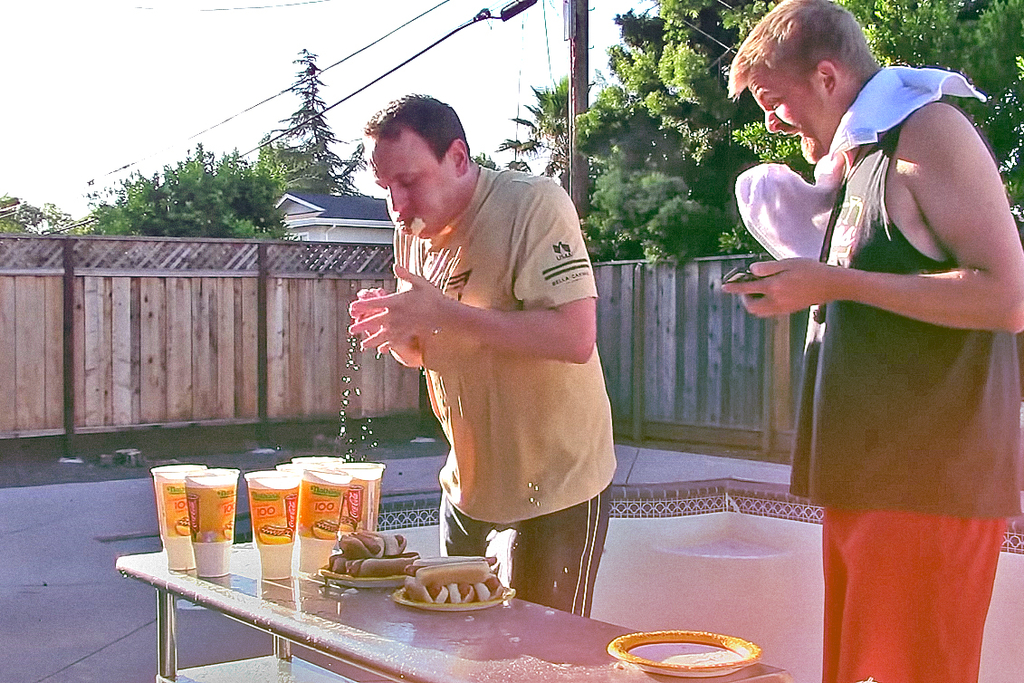 With professional sports still dark due to the coronavirus pandemic, one lesser-known league has found a way to air a version of its actual competition from its players’ homes, showcasing a sport many Americans say they've been participating in lately: overeating.

Major League Eating, which puts on the Nathan's Famous Fourth of July Hot Dog Eating Contest and other gastronomic events, is starting a bracket-style eating tournament to feed viewers’ appetites for events. The "BetOnline Quarantine Challenge" kicks off April 17 with top-ranked Joey Chestnut and seven other competitive eaters participating from their homes for a $5,000 grand prize.

The first-to-finish tournament begins with two pounds of sliced bologna in the qualifying round. The quarterfinals items are one family pack of Oreos and a half-gallon of milk. The semifinals feature 1.125 gallons, or 10 pounds, of baked beans. The winner will be crowned after being the first to finish 10 individual cups of ramen. Along with Chestnut, the world’s top-ranked competitive eater and 12-time Nathan’s champion, the participants include Darron Breeden, Badlands Booker, Michelle Lesco, Gideon Oji, Matt Stonie, Miki Sudo and Nick Wehry.

The competition is being sponsored by sports betting site BetOnline.ag and includes $11,500 in prize money including the $5,000 prize for the winner, as well as a $10,000 donation to Feeding America. The event will air on Major League Eating’s YouTube channel.

The eating contest comes as other major pro leagues have scrambled to assemble non-traditional events to keep fans engaged. National Basketball Association players took each other on playing the video game NBA2K20 earlier this month. ESPN has been airing an NBA Horse Challenge presented by State Farm, which features basketball players from the NBA and WNBA. And Major League Baseball players are set to play the video game MLB The Show in their own tournament.

Still, the ever-boastful Major League Eating organization is staking its claim as the first to be back.

"While there has been substantial discussion about which professional sport would be the first to return – with baseball, basketball, golf and MMA all floating recent potential return plans – competitive eating is first to come back. It is a powerful statement of American resilience," Major League Eating Chairman George Shea said in a statement.