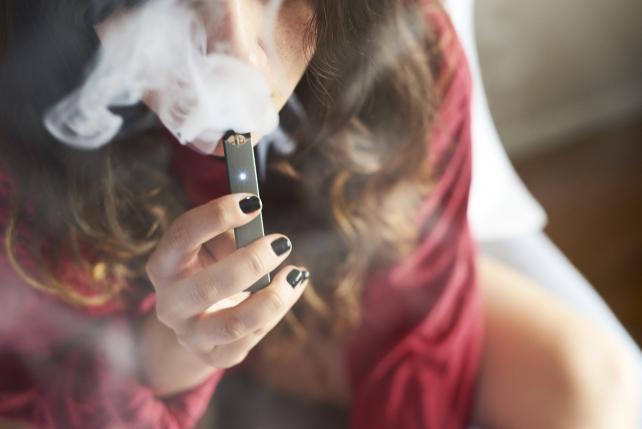 Juul Labs came out swinging against a possible across-the-board prohibition on flavored tobacco, claiming it would be a detriment to adult smokers wanting to switch from cigarettes and could even drive U.S. consumers into an illicit "gray market."

In a response to the U.S. Food and Drug Administration's query on the role of flavors in tobacco products, the company said the FDA's "limited resources" would be better spent preventing youth access to tobacco, rather than possibly discouraging the uptake of electronic nicotine delivery systems, or ENDS, by U.S. smokers trying to quit traditional cigarettes.

"Before depriving millions of adult smokers of tools that may help them quit smoking, FDA should fully understand whether flavored ENDS actually pose risks to youth that cannot be mitigated with other regulatory alternatives," San Francisco-based Juul wrote in its July 16 comments to the FDA, obtained by Bloomberg News.

Juul, the startup behind the popular electronic cigarette that's reminiscent of a flash drive, has had a meteoric rise in the U.S., capturing nearly 71 percent of the e-cigarette market by dollars spent, according to a Wells Fargo Securities report using Nielsen data. Flavors have been a big part of Juul's success, with mango and mint its best-selling nicotine pods. The company only sells eight flavors—two of which taste like tobacco—but has registered with the FDA 55 off-market Juul liquids, from strawberry limoncello to spicy watermelon.

"Our focus has been providing flavors that are helpful for adults to switch and to stay switched," Juul's Chief Administrative Officer Ashley Gould said in an interview. "Mango is one of the most important flavors that we currently have available for adult smokers to switch based on our early data."

If the FDA were to restrict the use of flavors in tobacco products, it could create what Juul calls a "gray market," like what transpired in Ontario after its menthol cigarette ban: an uptick in online purchases, local illegal sales or buying on Native American reservations.

"Flavors should be continued to be allowed in alternative products as an 'off-ramp,' as was seen after menthol cigarettes were banned in Ontario," the company wrote.

Instead of an all-out ban, Juul suggests the FDA use a case-by-case evaluation of specific flavors in e-cigarette products. Juul is also planning to further research whether some demographics favor certain flavors, which would help it assess if underage smokers are being drawn to some specific offering, it said.

"What's a little surprising to me is this notion of zero or one, flavors or no flavors. And when they stand up and say, 'Well look at all of these flavors: bubble gum, cotton candy, sugar cookie,' which Juul does not make, to say those are the same as mint is highly misleading in terms of the appeal and the intent of those flavors," CEO Kevin Burns said in an interview with Bloomberg News. "I just don't buy that you can say all flavors are equal."

The FDA has found itself in a difficult position as it considers regulating flavors in e-cigarettes, given their potential to help adult smokers move away from combustible tobacco products while also appealing to young consumers who find ways to get access to the nicotine pods. This spring, the agency sent a slew of warning letters to companies selling e-liquids about misleading kids with products resembling food and candy.

The public commentary period, which ended July 19, is part of the FDA's multiyear road map to address tobacco-related diseases and deaths in the U.S.

"When it comes to flavors in non-combustible products like electronic nicotine delivery systems or e-cigarettes, we recognize the issue involves additional considerations," FDA Commissioner Scott Gottlieb said in a statement earlier this year. "Here, it's possible for flavors to do both harm and good."