For Kia, youth and creativity serve as the brand's driving force 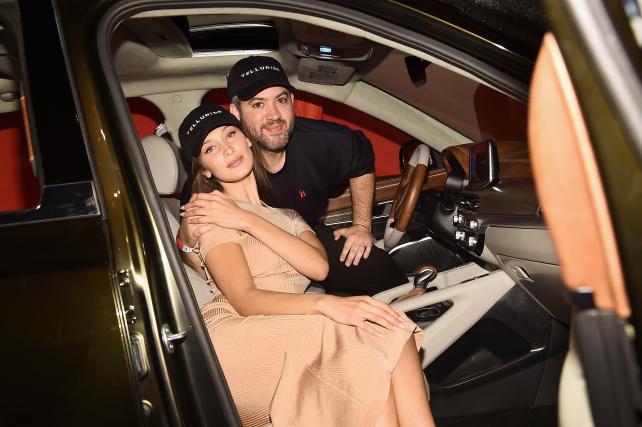 Before joining Kia in 2017, Chehab had gained acclaim as the brains behind memorable campaigns such as Chrysler's "Born of Fire" Super Bowl XLV ad featuring Eminem. Chehab's mission at Kia is to continue fostering creativity, but with an eye toward the brand's role as a young company.

It is this mindset that has propelled Chehab's latest project, the Driving Creativity contest. Created by Kia in partnership with Ad Age Studio 30, this competition encourages art and design students to create both a print ad for the Kia Stinger and an accompanying documentary-style video explaining the vision behind the ad. Chehab spoke with Studio 30 recently about his intentions behind the contest, and how youth and creativity have been a winning combination for Kia:

What do you think sets Kia apart from other companies with regard to how it values creativity?

Kia is fueled by youth. We are the youngest mainstream automaker in the U.S. and are unencumbered by history and protocol. We do things that seem out of the realm of possibility to some people because we aren't beholden to any long-standing history or sense of tradition that we have to live up to.

Kia did a major collaboration with designer Brandon Maxwell for New York Fashion Week. What is it about this particular collaboration that you feel puts Kia in a different sphere from its competitors?

With the all-new Telluride SUV, Kia is thinking big, really big. We wanted to shock people and do something that has never been done with the first-ever vehicle reveal on a fashion show runway … and that runway just so happens to belong to Brandon Maxwell, the hottest designer in the fashion world today, and a man whose family car growing up was a Kia.

How does Kia's approach to creativity in its marketing apply to TV versus digital advertising?

There are differences, but they aren't as disparate as many believe. At Kia, all marketing is viewed as storytelling, and the focus is on showing people what a world-class car company looks like. The only difference between broadcast and digital is that we produce longer-form content for digital due to the time limits and budget constraints imposed by more traditional broadcast advertising channels.

For the Driving Creativity contest, why look to art and design students for a Kia Stinger ad, when you could go to the best advertising agencies around the world?

Sometimes the best perspective is a fresh perspective. We live and breathe automotive 24/7, but students have the luxury of not being "trained" by any one industry yet, so they can create more freely and conceive ideas that are sometimes more organic that those that have been in an industry for decades.

What kind of fresh perspective do you hope these students will bring to Kia?

A perspective that is uninformed. In the corporate world, creativity is stunted by what the competition is doing, and a lot of times we are too close to the product or campaign to see it objectively. These students don't have that bias to worry about. They are free to create as they wish.

Is there anything in particular you are looking for from the applicants?

I'm looking for entries that break the mold and veer away from traditional automotive advertising. We've all created the ad with the vehicle driving up the winding mountain road, and as somebody who is always challenging myself and my team, it is exciting to challenge the creative minds of students to give me more.

Not everyone is as passionate about nurturing untapped talent because they want the tried and true. Why is this approach so important to you and to Kia?

When I hear "tried and true," I automatically think "tired and old." Who wants to do the same thing over and over again? Yes, there are certainly aspects of all creative projects that are somewhat formulaic, but to make an impact and get people talking about your brand, you have to go big. Doing things that haven't been done before, or even been considered, for that matter. That's what excites me. When you turn to new people and ask them for a big idea—so big it seems like it can't be executed at first glance—the creative possibilities are endless. From there, it comes down to problem solving and a challenger mindset that screams, "Why not?"

What sort of a demographic are you ultimately trying to reach with the winning advertisement? Is it a new kind of customer? Or is this contest more about nurturing upcoming designers?

We have owners from ages 16 to 90. In my opinion, there is no "age-appropriate vehicle." Whatever one feels comfortable driving, and can drive safely and well, is what they should drive. And Kia wants to foster and mentor young talent. We are committed to giving back, as we recognize just how fortunate we are to have some of the most talented automotive designers in the world working right next to us at our design studio in Irvine, California. We want to succeed as a brand, but we also want the automotive industry to grow and flourish, and anything that we can do to keep that going, we will.

The submission period for Driving Creativity ends September 30. Finalists will be announced October 15. For more go to kia.studio30.adage.com.