Kind calls out competitors, including Clif Bar, for sugar content 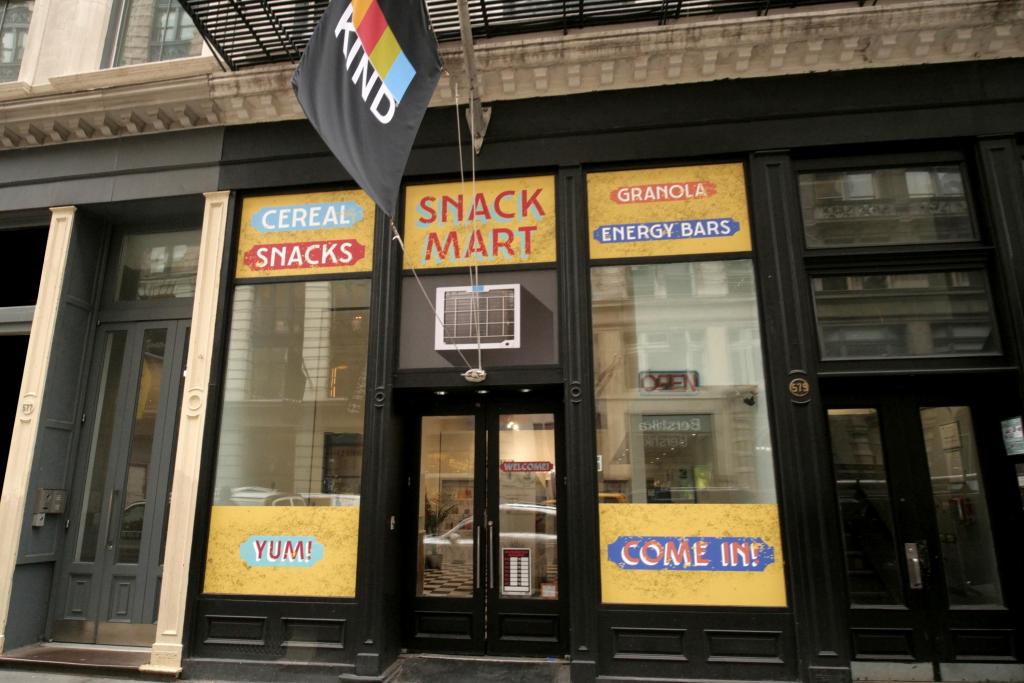 Kind Snacks is calling out its rivals for using sweeteners that might not sound like sugar to consumers, such as organic rice syrup and sucanat, and is using augmented reality to highlight the details.

Kind’s latest marketing effort comes after Daniel Lubetzky, its CEO and founder, found himself wondering about the names and usage of various sweeteners not just in snack bars, but across the broader food industry.

“The problem is the predominance of sweeteners in some products where people don’t expect them,” says Kind Founder and CEO Daniel Lubetzky.

A Morning Consult poll funded by Kind and conducted in late February through early March found 41 percent of the 2,200 U.S. adults surveyed said they don’t understand which ingredients are sweeteners when reading food labels.

Now, Kind aims to expose the different types of sweeteners food makers use and arm people with data about them. The “Sweeteners Uncovered” push includes a two-day pop-up shop in New York (579 Broadway) on April 10 and 11. People who visit will be able to scan products such as cereal, energy bars and granola with their phones and see the names of the sweeteners included in products, plus the total sugars and added sugars they contain, through augmented-reality technology.

Images in the campaign put sweeteners in bold. In a chocolate chip Clif Bar, for example, the Kind marketing makes the ingredients organic brown rice syrup, organic cane syrup, cane sugar and barley malt extract appear in bold typeface. Kind also calls out its own sweeteners. Kind’s dark chocolate nuts & sea salt bar includes honey, sugar and glucose syrup. The campaign doesn’t call out only Clif Bar, but it does come weeks after Clif called out Kind in a bid to promote the use of organic ingredients.

For people outside New York, a website will display the various sweeteners, from acesulfame potassium, also known as Ace K, to yellow sugar. (Sucanat, as the site points out, is granulated sugar that can be used as a substitute for brown or white sugar.)

The latest campaign comes weeks after Kind and others sent a citizens’ petition to the U.S. Food and Drug Administration regarding the nutrient content claims made on the front of food packages. The government hasn’t yet given an official response.

“The work that they did was a little bit of a stunt that was purportedly trying to engage us,” says Lubetzky.

He says the companies haven’t had a discussion and that he stands by Kind’s ingredients. Kind’s leading products contain almonds as the first ingredient, “which are more expensive than brown rice syrup, whether it’s organic or not,” he says. “Sugar, whether organic or not, is sugar.”

“Overall, we’re very happy that we’ve sparked a conversation around organic and love that to date, 18 companies have decided to join in the journey. Hopefully there will be more to come in the future,” the company said.

Back at Kind, Lubetzky contends he’s not out to project an anti-sugar message, rather an educated one. “I enjoy a delicious doughnut as much as the other guy,” says Lubetzky.

Kind has included added sugar content on its labels since 2016, a year after it supported a proposal to include added sugars on the industry’s nutrition facts panel. And in 2017, Kind put its sugar messaging in Times Square, with a temporary art installation suggesting kids ingest too much of the sweet stuff (and promoting its Kind Fruit Bites).

The “Sweeteners Uncovered” idea was developed internally, with support from Allied Global Marketing on experiential, Something Massive on digital content and Sloane & Company on PR.