Marketer's Brief: Now P&G wants to own NSFW. What would Mr. Clean say?

When it comes to cannabis, branding matters—at least according to a new survey. Find out more below, along with why the top marketing exec of a burger chain went vegetarian. Plus, we have details on Lyft's new CMO. But first, the latest on P&G's continuing attempt to scoop up trademark rights for seemingly every social media acronym, and how the government is pushing back. 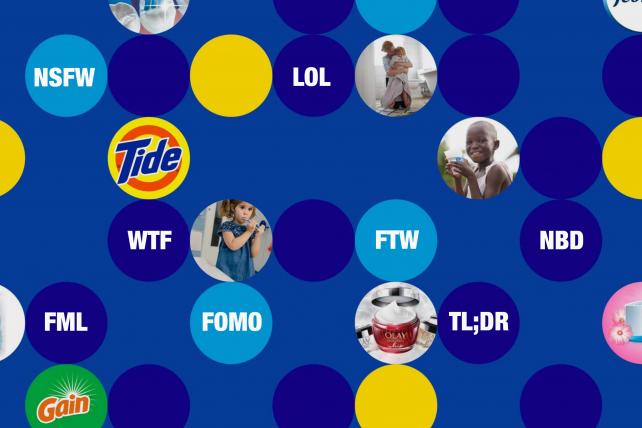 Procter & Gamble Co. always seemed uniquely safe for work. But doubling down on its previously reported quest to own the internet's digital acronym library, P&G has filed to trademark NSFW along with FOMO, FTW and TL;DR for household products. This follows some official pushback P&G received after filing earlier this year to trademark LOL, WTF, NBD and FML. P&G has new applications on those four too, narrowing them to laundry uses after the U.S. Patent and Trademark Office started asking questions about what the company was up to.

USPTO gave P&G's "FML" application a preliminary rejection, because a cosmetics marketer already owns that trademark, and the "liquid non-medicated soap" part of P&G's application was deemed too close a use. The office also wants to know what kind of air fresheners might get tagged with the acronyms and for P&G to clarify whether LOL stands for "laugh out loud." Seriously. Fortunately for P&G, USPTO didn't ask what FML or WTF stand for.

The Fashion Law blog speculates P&G could run afoul of policy against "scandalous or vulgar" trademarks on those. Russian rock group Pussy Riot saw its application booted on similar grounds earlier this year. Yet USPTO has sanctioned FML cosmetics, so maybe it's NBD. All these applications relate to "a potential creative direction for a future project" from the company's fabric and home care business, spokesman Damon Jones says in an email. "If I told you what LOL would stand for, in this context, I'd be tipping our hand so … IDK what to say about that."

Here's the seeming height of apostasy: Kim Bartley, White Castle's VP of marketing and site development, admits she spent a year recently as a vegetarian. But she's back eating sliders now. "In 2017 I decided as a marketer that I needed to know what it was like to be a vegetarian, which was a real shock to my boss when I announced it," said Bartley, speaking last week at the Brandemonium Conference in Cincinnati. "She said, 'You know you're the CMO of a hamburger chain?' But she understood as marketers our job is to walk in the footsteps of our customers." Bartley's vegetarian friends were telling her it was hard to go out to eat in groups, because all they could order at quick-service restaurants were salads, and they didn't always want that. Bartley's vegetarian journey followed White Castle's failed attempt to add salads and so-so results for a veggie slider. But it helped pave the way, she says, for the more successful Impossible Slider, a meatless product that seems like meat.

It's no surprise that there is opportunity for brands in the realm of legalized cannabis products—the only question is how much. According to a recent study by retail consultancy AT Kearney, 76 percent of consumers would try a cannabis-infused product, provided it was legal. Many survey respondents said they were most likely to try it in foods, supplements and cosmetics. And branding matters: nearly 75 percent of consumers said the brand was "very or somewhat important" in assessing the safety of the cannabis product.

About that Kaepernick ad…

The controversial Nike ad starring Colin Kaepernick didn't win over one segment of the population—higher-income consumers. Roughly 25 percent of shoppers who earn $100,000 or more said they were slightly less, significantly less or will not buy Nike products anymore following the campaign, according to a report from Cowen & Co. Men said their replacement brand was Adidas, while women chose Under Armour. Conversely, the new iteration of "Just Do It" resonated well with consumers aged 18-to-34 and those who spend $300 or more a year on the brand, Cowen found. In other words, most of their target audience. 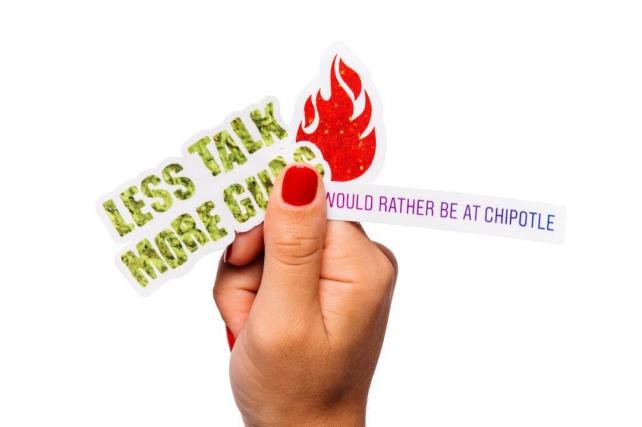 Chipotle wasn't around in the '80s but it is going old school, selling scratch-and-sniff versions of some of its most popular Giphy stickers seen on Snapchat and Instagram. They include "Would Rather Be At Chipotle" (smoky adobo scent), "Less Talk More Guac" (roasted cumin scent) and "Salsa Flame" (flaming chili scent). The move comes after the digital stickers have been viewed more than 100 million times, Chipotle says. The Giphy versions launched in June. The scratch-and-sniff ones are for sale on the restaurant's website.

Avocados, which have become a symbol of millennial exorbitance, might be in danger of losing their luxury luster. Witness Welch's new bags of frozen avocados. It doesn't get more mainstream than that.

Vodka giant Smirnoff is hitching itself to the non-GMO trend. The Diageo-owned brand says it is now made with corn that has not been genetically modified. The update is plugged in Ted Danson's newest Smirnoff ad, which also stars actress Jenna Fischer. It's part of a larger campaign by 72andSunny. For more on Danson, check out Ad Age's recent Q&AA.

7 percent: The portion of the wine market controlled by sparkling wine, which is an all-time high, according to Shanken News Daily.

Today in Comics History: In "Peanuts," Snoopy first appeared as the World War I flying ace (with his trusty Sopwith Camel biplane, naturally) on October 10, 1965: pic.twitter.com/g5AtIo0sEh

Former Sonos chief marketing officer Joy Howard has landed at Lyft, where, as chief marketing officer, she will be the third top marketer for the ride-sharing company in two years. Howard, who says she "ditched her car three years ago," is tasked with taking the company through new growth, according to a release. Uber also has a new CMO, as Ad Age recently reported.

Godiva Chocolatier named John Galloway as its chief marketing and innovation officer, effective October 22. Galloway was most recently working on starting a lifestyle brand, Beautiful Day, after eight years as CMO of Hard Rock International. He previously spent 13 years in marketing and general management roles at PepsiCo and worked at agencies including TracyLocke.