Condom marketers don't have a PR nightmare on their hands (yet), a former NBA player with a history of cocaine use is promoting a cannabis brand and HP is tying its diversity initiative to Cannes Lions. First, though, let's take a quick look at the early work Laundry Service has done for Papa John's and see who's missing from the pizza chain's newest ads.

Papa John's, the No. 4 U.S. pizza chain, needs to reconnect with customers after its same-store sales fell in the fourth quarter of 2017. Founder John Schnatter (remember, he's no longer CEO) is noticeably missing from the brand's first spots from Laundry Service, which promote a new $12.99 value meal (pizza, bread side and two-liter drink) set to be a major promo for the chain in 2018.

The new spots are supposed to suggest "12.99 seconds of better," with images such as cute puppies (above) and BMX skills (below), playing on the chain's "Better Ingredients, Better Pizza" tagline. A brand campaign that's supposed to focus on food quality is set to launch later this year.

Schnatter will return in a drag racing-themed spot for the $12.99 deal set to run on FS1 this weekend:

This challenge, in which people supposedly snort condoms up their noses in an effort to create viral videos, is thankfully unbranded. Church & Dwight, maker of prohibitive industry leader Trojan, wants to keep it that way, so it is declining to comment on the matter. One other difference with the condom challenge – it may very well be "fake news," reports the Washington Post, which certain people believe is an expert on that subject. The Post reports the whole thing resurfaced when some parents became outraged over some videos showing condom snorting from 2013, but there's not much evidence this trend has become viral again.

Lamar Odom gets into the cannabis game 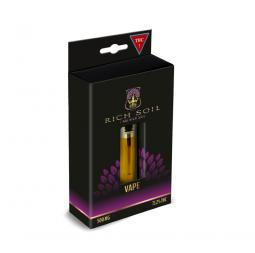 It's no secret Lamar Odom, the former L.A. Lakers player and ex-husband to Khloe Kardashian, has a history of cocaine use. He discussed his addiction at length last year in a piece for The Players' Tribune. Now, he's behind a new business venture with Camp Green called Rich Soil Organics, which says it will start selling "cannabis-based wellness organically-grown products" including flowers, concentrates, extracts and other CBD/THC infusions, later this year. "The 38-year old basketball star himself is no stranger to the remarkable perks and benefits of cannabis," a statement says. Speaking of cannabis, E.J. Schultz wrote about how ads are still not mainstream, even in places like California, where recreational marijuana sales are now legal.

Something new for beauty marketers to fear: 'No Poo'

Having wrestled with the "No Makeup" movement last year, beauty marketers have something new to dread: "No Poo." Specifically, this is about people giving up or severely restricting their use of shampoo to avoid chemicals or even natural products stripping oils from their hair. It may be a bit of a crunchy-granola niche for now, but a lengthy testimonial on Treehugger from a woman who gave up shampoo by accident while traveling in places inhospitable to haircare makes a case for it not being such a bad idea. Maybe this is why the haircare business has been a little weak of late.

Taboola says it's struck a deal with ZTE, the fourth largest phone manufacturer even if most people have likely never heard of it. Similar to the way Apple News delivers stories to iOS users, Taboola plans to do the same with its network of publishers through ZTE-made phones. Taboola is best known for showing boxes of paid links (usually) with click-bait headlines like "How two Boston grads are disrupting the auto insurance industry" or "Seven reasons why people are buying Tecovas boots." The companies hope the move will drive revenue for ZTE, while increasing traffic to Taboola's network of publishers.

A new set of Lions

HP, which has made a name for itself championing diversity in recent months, is teaming up with Cannes Lions on a new mentoring program meant to support more racially and ethnically diverse creative talent. Under the initiative, called #MoreLikeMe, 15 creatives from the U.K., the U.S. and Mexico will be chosen to attend the 2018 Cannes Lions International Festival of Creativity for a boot camp of training sessions with top execs.

Ahead of the release later this month of action movie "Avengers: Infinity War," Quicken Loans is running a campaign tied to the flick that includes TV, digital video, a new Snapchat game and filters, and product placement. 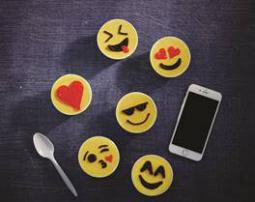 Number of the Week 7 - That's how many ads from Super Bowl LII made Ace Metrix's Top 10 Breakthrough list for the first quarter of 2018.

An underrated aspect of the WH Easter Egg Roll is the egg lobby trying to convince 10k kids that hard boiled egg on a stick is a delicious and also totally normal treat to enjoy w/ sundry condiments. Not this time, Big Egg. pic.twitter.com/K36sk0XScy

Hostess Brands says Executive Chairman C. Dean Metropoulos is also serving as CEO and president on an interim basis after the March 30 retirement of William Toler. The Twinkies maker continues to search for a new CEO and president.