As McDonald's continues to face an extended sales decline, the company Monday morning announced initial details of a turnaround plan.

It is the first major move for CEO Steve Easterbrook, the chain's former global branding officer, who took on his new role in early March.

For now, much of the turnaround plan is focused on the company's global structure and refranchising targets, an effort the chain hopes will streamline the company and reduce bureaucracy. Mr. Easterbrook acknowledged in a video and press release this morning that the company's current structure has made it difficult to easily adapt to big consumer changes.

"As we look to shape McDonald's future as a modern, progressive burger company, our priorities are threefold -- driving operational growth, returning excitement to our brand and unlocking financial value," Mr. Easterbrook said in a statement. "The immediate priority for our business is restoring growth under a new organizational structure and ownership mix designed to provide greater focus on the customer, improve our operating fundamentals and drive a recommitment to running great restaurants. As we turn around our business, we will look to create more excitement around the brand and ensure that we build on our rich heritage of positively impacting the communities we serve."

New Structure
The first major step, the company said, is implementing a new organizational structure that will have four segments: U.S., which is the company's largest segment; International Lead Markets, which McDonald's defines as established markets like Australia, Canada, France, Germany and the U.K.; High-Growth Markets, which have relatively higher restaurant expansion and franchising potential, including China, Italy, Poland, Russia, South Korea, Spain, Switzerland and the Netherlands; and Foundational Markets, the remaining markets in the McDonald's system, each of which has the potential to operate under a largely franchised model. Corporate activities will also be reported within the Foundational Markets segment, the company said. The new structure will be in place July 1.

"Our new structure will be supported by streamlined teams with fewer layers and less bureaucracy, and our markets will be better organized around their growth drivers, resource needs and contributions to the company's overall profitability," Mr. Easterbrook said in a statement. "McDonald's new structure will more closely align similar markets so they can better leverage their collective insights, energy and expertise to deliver a stronger menu, service, and overall experience for our customers." 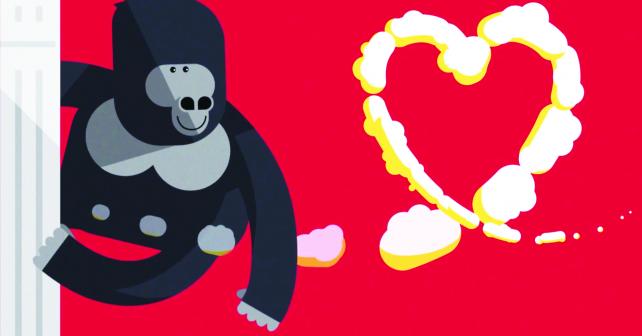 Delivery Service Comes to New York
The company's announcement today didn't mention marketing or any sort of changes in the menu, but Mr. Easterbrook did mention one piece of news: McDonald's is starting a delivery service today in New York through Postmates.

McDonald's has been making an effort to address its bloated menu and slow operations at its restaurants. Late last year, the company said it was trying to reduce operational complexities by paring down the menu. In January, the chain launched a brand refresh focused on the "lovin'" in "I'm lovin' it."

At the same time, McDonald's also made a big splash with its new Create Your Taste platform, an ordering kiosk that enables customers to customize burgers. That's been a focal point of the chain's plan to become, what Mr. Easterbrook calls, a more modern, progressive burger company.

When the company announced Create Your Taste late last year, it said it would implement the system in 2,000 of its 14,000 U.S. stores in the next year, though it is not clear if that target will be met or if that platform will ever be rolled out nationally. Just last week, news came out that the chain was already testing a more modified version of the platform called TasteCrafted in California. The streamlined version of the platform is smaller, cheaper (for franchisees) and more drive-thru-friendly.