The driver used an offensive epithet during an April 13 livestream broadcast, which quickly went viral after the recording was posted on social media
READ THIS NEXT
Beer can shortage lets up but that won’t save some Molson brands 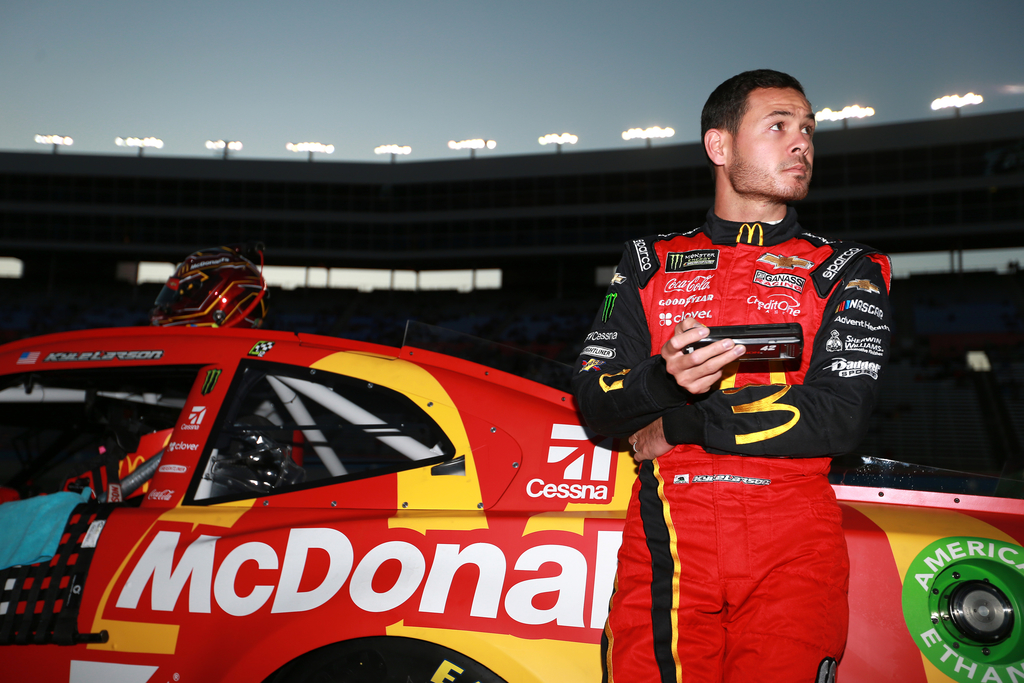 Kyle Larson, driver of the #42 McDonald's Chevrolet, stands on the grid during the Salute to Veterans Qualifying Day Fueled by The Texas Lottery for the Monster Energy NASCAR Cup Series AAA Texas 500 at Texas Motor Speedway on November 02, 2019 in Fort Worth, Texas

Kyle Larson, a 27-year-old Nascar driver, is losing McDonald's as one of his primary sponsors after the professional athlete was recorded using a racial slur.

The sponsorship is valued at several million dollars per season and ended because Larson was competing in an iRacing esports event and was recorded using the slur while communicating with other participants. Nascar indefinitely suspended Larson today and said he will need to attend sensitivity training.

Larson is a member of Chip Ganassi Racing, an organization McDonald's has sponsored for more than a decade. Chip Ganassi also suspended Larson without pay after the recorded clip was posted on social media channels.

“We were extremely disappointed and appalled to hear about this incident. The comments made by Kyle Larson are insensitive, offensive and not reflective of our inclusive values and will not be tolerated. McDonald’s is taking immediate action to terminate the relationship with Larson,” a McDonald's spokesperson said.

Larson's other major sponsor, Credit One Bank, also dropped the driver, as has Chevrolet.

McDonald's became America's most recognizable restaurant in part because of its commitment to courting African-American customers, which are among the company's most frequent visitors, according to Numerator, a retail research firm.

Like other Nascar drivers, Larson was participating in the e-sports event because the COVID-19 pandemic has halted real competition.

"I just want to say I'm sorry—last night I made a mistake and said the word that should never, ever be said," Larson said in a public statement. "I feel very sorry for my family, my friends, my partners, the NASCAR community and especially the African-American community."

The remark came up during an online event and quickly went viral:

Kyle Larson (no video but from his iRacing channel, sounds like his voice) used n-word Sunday — seems he tried to reach someone he knows, thinking he’s on his private channel but was on driver chat streamed by others. “You can’t hear me?” pause “Hey, n—“ ..NASCAR behavior policy: pic.twitter.com/p37IcxLFeo

More fall out for Larson... https://t.co/4ednq1MekG

Dalton Barker is a reporter for Crain’s Chicago Business