Buddy the Elf gets hotcakes with syrup—lots of syrup
READ THIS NEXT
Unilever’s chief marketer on lockdown, media reviews and running a sprawling in-house agency staffed by outsiders 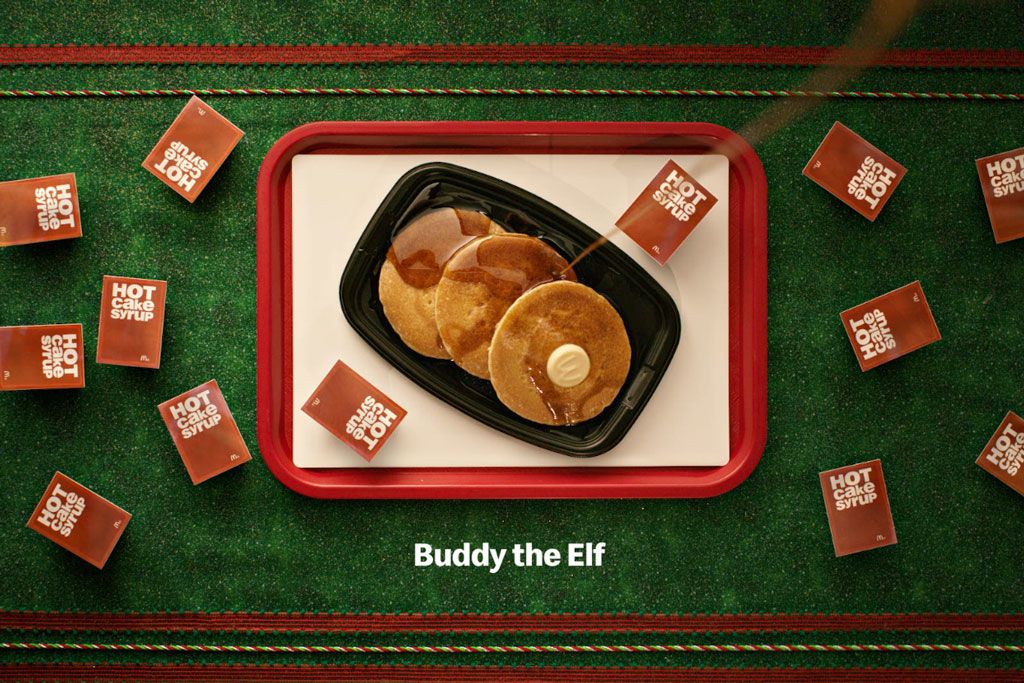 The spot follows a premise similar to the one that ran in February before the Super Bowl featuring trays with McDonald’s meals favored by Kanye West, Kim Kardashian West, Patrick Mahomes and others, including Dracula.

In the latest spot, details from multiple holiday stories pop up. Rudolph’s tray of fries, including one dipped in ketchup, is shown on top of a roof. The Griswolds’ food is next to a Christmas tree with flickering lights. Scrooge gets only a cup of black coffee. Gizmo from “Gremlins” is shown snagging a Chicken McNugget while tucked in a red backpack.

And perhaps this ad finally ends the debate around whether “Die Hard” is a Christmas movie: a tray for John McClane—this one has a meal and a walkie talkie—is one of those shown.

Later, a tray of cookies left for Santa is swiped by the Grinch. Plus, in a reference for “Seinfeld” fans, there’s a nod to Festivus (watch ‘til the end).

“Even the biggest celebrities, no matter how famous you are, you have your go-to McDonald’s order,” McDonald’s U.S. Chief Marketing Officer Morgan Flatley said earlier this week at the Ad Age Next: CMO conference.

That nugget of an idea showcased in February's "trays" spot helped lead to the chain’s Famous Orders push featuring Travis Scott in September and J Balvin in October.

“We had a pretty sizable investment we wanted to make coming into the fall to really jumpstart our business,” Flatley said.

McDonald’s reached out to its agencies, including Wieden+Kennedy New York, for ideas that would “get us back in the cultural conversation.”

The holiday-themed ad is the latest iteration of that approach.

The spot — which McDonald's worked on with Wieden+Kennedy, Alma, IW and Burrell — is set to air during the NFL’s games on Sunday. It promotes a series of Daily Deals McDonald’s will offer Dec. 14 to 24. On each of those days, a different item from in the spot will be free with a $1 purchase through the McDonald’s app. The final deal on the 24th will be the cookies for Santa.

Hear more from Flatley and Wieden Managing Director Neal Arthur in the clip below.