The mentality is changing about mental health
READ THIS NEXT
DiGiorno bakes pizza ‘Pi’ Super Bowl stunt, and Etsy basks in glow of Bernie’s mittens: Trending 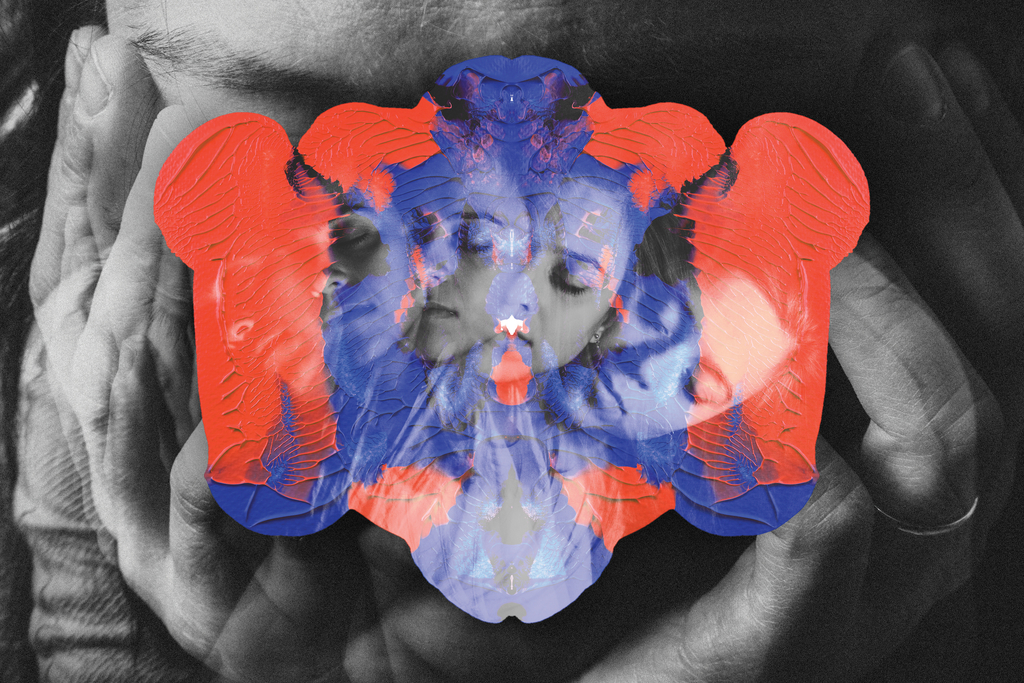 When he was a young boy, Aaron Harvey began having unwanted, violent, often sexual thoughts. For 20 years he struggled silently, never telling anyone, even his wife or other family members, about his obsessions. At work, he bottled them up.

“As someone who typically experiences hundreds of intrusive thoughts, it’s a day-to-day challenge when it comes to being in a primary communication role,” says Harvey, now a principal at Ready Set Rocket, the digital ad agency he co-founded in 2009. “Going into a boardroom and presenting or being on a panel and trying to answer questions in front of a few hundred people, while simultaneously having these horrible thoughts of mutilating the moderator with razor blades—it’s extremely difficult to balance.”

By chance, at SXSW five years ago, Harvey heard about another person with a similar condition. Only then did he discover that he suffers from a form of obsessive-compulsive disorder that doesn’t manifest in tics or other outward signs of mental illness.

Since then, Harvey has been vocal, even blunt, about his struggles. He helped create a web resource for people with OCD, IntrusiveThoughts.org, and launched Made of Millions, a nonprofit mental health advocacy platform. "Dear Manager," a current partnership between the American Association of Advertising Agencies and Made of Millions, encourages agency employees to share a mental health resource guide with their managers.

“This industry makes money entirely off our brains and creativity and ability to deliver under intense pressure and circumstances,” so agencies need to take some responsibility for the mental welfare of the people who do the work, Harvey says. “It's a recognized problem that is exacerbated by the cutthroat nature of what we do.”

Some studies agree. In a U.K. survey of marketing and media professionals conducted last year by mental health charity Mind and Nabs, the support organization for the U.K. ad and media industry, 26 percent of respondents said they had a long-term mental health condition. Six in 10 said their work had had a negative impact on their well-being in the past year. The Mentally Healthy report conducted this year in Australia by UnLtd, Everymind and creative agency Never Not Creative found “mild to severe symptoms of depression” in 56 percent of people in marketing or creative fields and anxiety rates 29 percent higher than the general population.

In the face of numbers like this, some shops are beginning to step up. David & Goliath recently introduced an additional day of paid time off earmarked for mental health. But most companies lack codified policies or support systems, and progress is coming only slowly. The cultural conversation is moving ahead on its own, and agencies that don’t keep pace risk being left behind.

Invisible issues
That Harvey can even tell his story openly is a sign of changes in society at large. Kanye West has become more open about dealing with his bipolar disorder, and Burger King’s “Real Meals” campaign sparked conversations about expanding the acceptable range of emotions. The ads, from MullenLowe, portrayed meals that look like Happy Meals but feature other emotions, like the Pissed Meal, for Mental Health Awareness Month, because, as the tagline states, no one is “happy all the time.”

Tragedies, like the suicides of designer Kate Spade and chef Anthony Bourdain, have also kept the topic at the fore. In April, the chief creative officer of Portland, Maine, agency Via took his own life, “the result of addiction and mental illness,” his wife told the Portland Press Herald.

“Some of the advertising industry is starting to take steps to really say ‘It's OK for you to talk about your mental health challenges,’” says Simon Fenwick, executive VP, talent engagement and inclusion at the 4A's. “But there's still a stigma, very much, around mental health because it's not something that is obvious or can be seen by people.”

That invisibility can make mental health issues seem less sympathetic to people who aren’t dealing with them. Time off for a broken leg or a cold won’t raise any eyebrows, but trouble with emotional health can be seen as somehow less valid. Earlier in her career, Heather Pieske, executive creative director at Vox Creative, “felt like calling in ‘sad’ wasn't as justified as if I was sneezing and coughing,” she says. Though she had dealt with manic episodes in college, it was still easy to internalize traditional business standards.

“If I'd had the flu, I'd be at its mercy. But I felt that I should be able to go into work and fight through depression or a general feeling of anxiety and malaise,” she says. “I felt like I wasn't allowed to use a PTO day for that.”

For many employees, it’s tempting not to mention their struggles at all. The onus is on workers to bring up less visible issues like mental health, and often the calculus leans toward silence. “Everybody reacts differently, so you kind of have to gauge who your supervisor is and what you know is acceptable to them,” says Jessica Toye, creative director at Virtue Worldwide. As a manager, Toye tries to be receptive to anything her team confides in her. And she’s been open about her mental health struggles with her boss, Chief Creative Officer Cameron Farrelly, who has himself been candid about his tendencies to hoard and over-organize.

“With other bosses I've had, I would never bring it up," Toye says. “Never. Because I definitely knew that they would never understand. If anything, they might look at me differently, in a negative light.”

Coming out
That threat of professional repercussions remains the biggest obstacle to reducing the stigma of mental health issues at the office. Unfortunately, it’s a chicken-and-egg conundrum. Mental health issues can’t be normalized until people talk about them openly and freely, but it’s too dangerous to do that until it’s normalized. “One major pushback that we've gotten from the community about the ‘Dear Manager’ campaign is people saying, ‘This is cool, but I’ve been fired before for talking about it,’” Harvey says.

A path forward might lie in mirroring the movement for LGBTQ rights and visibility. Like mental health issues, sexuality isn’t apparent at a glance, as is often the case for other minority groups like women or people of color. As with mental health issues, in years past it was difficult to create resource groups or affinity groups for LGBTQ people because many didn’t want to be outed at the office. “People are going to be reluctant to join a group if the organization hasn't put in place the policies and the procedures to say it's OK to talk about your mental health without fear of retaliation,” Fenwick says. “Fifteen years ago, there wasn't an LGBTQ affinity group at my office, and there probably couldn't have been. I was out then, but I worked with a number of people who weren't because, at the organization I worked for, it wasn't spoken about.”

As societal opinions about LGBTQ people changed, companies found themselves playing catch-up, a situation that could repeat itself without robust worker protections for people struggling with mental health issues. “When we realized we needed to be more inclusive [about other issues], we wrote a whole lot of policies to include LGBTQI people. We did it to address physical disability,” Fenwick says. “What we haven't done as an industry is actually implement policies to address mental health.”

Two (or more) for one
It’s a lost opportunity, because addressing mental health also helps address issues agencies have already committed resources to dealing with. Mental health issues don’t always—or even typically—have biological causes. “The demands of our industry can be very stressful, and stress can be a real trigger for people who suffer from mental illness,” says David Angelo, founder and chairman at David & Goliath, the agency that introduced the mental health PTO day. “Our goal is to simply let our employees who are suffering from mental illness know that they're not alone and that we support them.”

Depression, burnout or anxiety can all be brought on by stressors like dealing with difficult managers or simply by being a minority in an industry traditionally set up for and run by straight white men. “For populations of color, particularly black employees, the problem is a hundred times worse,” Fenwick says. “In all industries, they are struggling to prove themselves from day one. And LGBTQI people are often not coming out to their families until later in life and holding that in at work. The mental health challenges compound all those issues.”

Even for people with no history of mental illness, stressors can trigger problems. Mental health fluctuates. Like a physical illness, healthy people can become sick, and mental health sufferers can get better.

Other than self-reported studies, it’s difficult to find concrete numbers for the prevalence of mental health problems in the industry. “I would imagine if you asked a room of 100 creatives how many have suffered with mental illness, most would keep quiet, and I don’t blame them,” says Rob Ford, founder of online awards site The FWA, who has struggled with depression most of his life. Ultimately, this means programs that improve employees’ mental health have the potential to affect everyone in an organization at some point in their career. But many of the benefits companies offer don't take advantage of this opportunity. Instead of perks like free snacks, Ford says, in-house counseling would be a better use of resources. "Creative industries don’t offer any safer environments than other industries unless individual companies stand up to make a difference,” he adds.

The ‘mad’ genius
There is no scientific consensus on whether creative people are more prone to mental illness. It might be that people with mental illness are more creative, or perhaps are just drawn to an industry with a reputation for being accepting. Whatever the case, the marketing and ad industries attract people looking for creative outlets, who either appreciate or make weird and wonderful work, watch it get torn to shreds in critiques or reviews and start all over again.

So if the industry is full of minds that make unusual connections, that due to fragility or eccentricity can come up with ideas outside the safety of the box, do the employers of those minds bear more of a responsibility to provide for mental health?

“I think that's fair,” says Grey Chief Creative Officer John Patroulis, who has managed many people dealing with mental health issues throughout his career. “If you’re an athlete, there is probably more of a responsibility for the professional baseball team that you're on to make sure your body responds well to the pressures and the stresses of physical play. Maybe that is also true with mental health in the creative industry, where those are the things that may be getting, frankly, battered around a little bit.”

But real change, Ford says, will only happen when companies don't just accept conversations about mental health issues and the people who live with them but also act on them. “It's time for the entire industry to embrace mental health. It's absolutely not something to be frightened of or scared of,” he says. “All of those amazingly talented people at your agency could be affected right now or at any time. They're not crazy, and they shouldn't need to hide.”

Related Article
How to 'come out' as an employee with mental illness
Jenn Renoe
Virtue’s CCO Cameron Farrelly talks hoarding, his creative obsessions—and why he hates ‘read receipts’
I-Hsien Sherwood
Out of the closet, into the C-suite
I-Hsien Sherwood