Mobile phones can be blamed for a lot of things, like distracted driving, inattentive parenting and selfie overload. But less sex? Read on to find out how a condom maker is making that excuse for sales declines. Plus, we have the latest on Anheuser Busch InBev's newest brew—it's made with organic grains—and how a mattress brand is scrapping digital for print. Yes, print. 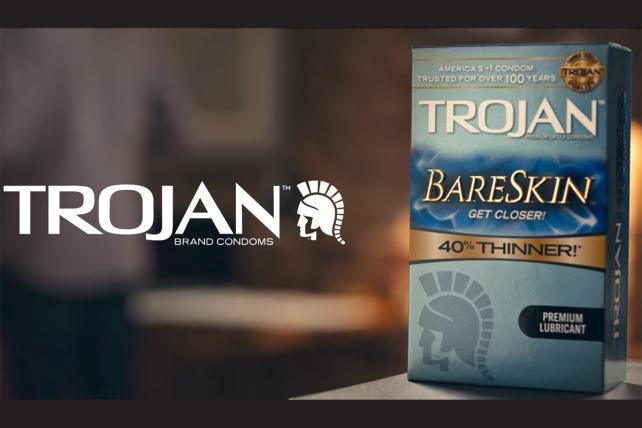 'Younger people are having less sex'
Why are packaged-goods categories growing slower or declining despite a relatively strong economy and falling unemployment? No one has a good answer generally (it's not Hispanics being scared out of the market, for example). But Church & Dwight CEO Matt Farrell has an explanation for condom sales declining around 3 percent each of the past two quarters: Millennials and Gen Zers aren't have as much sex. "Younger people are having less sex, plus we're seeing an increase in use of non-latex condoms," Farrell said on a Nov. 2 conference call with analysts.

On an August call, he had a deeper explanation based on research for the C&D's Trojan brand: "Some of the factors are demographics, young people living at home longer, and surprisingly the distraction of mobile phone usage." Apparently, this is one area where multitasking just won't do, and the small screen is winning out. Laugh as you might, there's scholarly research behind this, from the journal Child Development, summarized in another distinguished medical journal, Playboy.

Could this beer be Super Bowl bound?
As Budweiser and Bud Light continue to falter, Michelob Ultra has been a star performer for Anheuser Busch InBev, routinely posting sales growth. Now the brewer is looking to capitalize on its hottest brand with a new line extension called Michelob Ultra Pure Gold. It will be brewed with "organic grains" and contain fewer calories than regular Ultra, which checks in at a relatively low 95 calories and has been marketed for post-athletic occasions. "In 2018, we'll be raising the bar with Michelob Ultra in a big way—by taking active lifestyle and health and wellness to the next level," Azania Andrews, Ultra's VP of marketing, said in a statement about the new brew. It seems like the kind of new product launch that AB InBev would back with one of its Super Bowl ads. A spokeswoman for the brewer declined to comment on that possibility. Regular Ultra has posted double-digit growth for 10 consecutive quarters. The brew's agency is FCB Chicago.

Halo Top heads to the mall 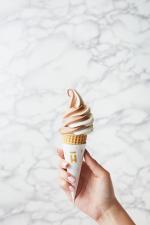 Halo Top is taking a cue from brands it unseated in grocery stores, such as Ben & Jerry's and Haagen Dazs, and opening its first shop. The brand, which rose to the top spot in U.S. grocery stores this year, is opening a Scoop Shop at Westfield Topanga mall in California. It will serve some of the low-calorie, high-protein ice cream it sells in pints, plus its new soft-serve, ice cream sandwiches made with vegan cookies, cones including something called a "puffle" cone, and ice cream tacos. No word yet on whether that woman from the creepy commercial will make an appearance at the Nov. 15 grand opening.

Pampers introduces diaper, ad for World Prematurity Day
Procter & Gamble's Pampers is coming out with a flat diaper for premature babies too delicate even for existing preemie products, including babies with extremely low birth weight, severe skin issues, jaundice and gastrointestinal complications. The effort, in which P&G is working with March of Dimes, includes a new ad from Saatchi & Saatchi, including a version of "Fight Song" by Rachel Platten (It replaced an earlier version featuring the Rocky classic "Eye of the Tiger," all to the end of celebrating "the littlest fighters").

Sleep on it
After helping to "disrupt" the mattress industry, startup Casper, which was one of the bed-in-a-box ecommerce pioneers when it debuted four years ago, is trying to turn heads again. The New York-based company is publishing a print magazine, called Woolly, that covers wellness and modern life, including sleep. (Casper had been publishing a digital magazine, Van Winkle's, for the last two years but that product is now dissolved.) Costing $12 per issue, Woolly will be published "quarterly," which really means whenever it wants, according to a company fact sheet. "This is Woolly. It's a print magazine published by a mattress. Come on, you know it's not the weirdest thing to happen in 2017," read a letter accompanying the inaugural 96-page issue. Ain't that the truth. (Come see Casper speak at Ad Age Next, our biggest event of the year, taking place Nov. 15 and 16 in New York. Check out the full Next agenda.)

Joy to Big Lots
Big Lots, the discount retailer known for "nailing it" in its sassy musical ensembles of holidays past, is going for a more heartfelt December with its new campaign from Chicago-based OKRP, the first in recent years without chief customer officer Andrew Stein (formerly of Ship Your Pants Kmart fame) who parted ways with the company earlier this year. A 60-second digital spot shows traditional carolers crooning "Joy to the World," before the video shifts to shoppers making cookies and hanging lights in formats designed to emulate user-generated social content. In fact, half of the participants in the clip are actors, the others are real customers. Big Lots will air 15-and-30-second broadcast spots as well. Media Storm handled media duties. Stein has yet to be replaced. 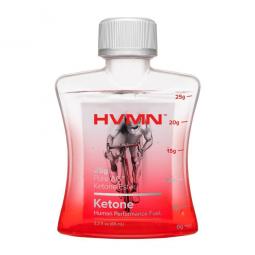 Bay Area-based HVMN—which says it is "pushing the boundaries of biohacking"— is coming out with a new drink made from ketones, which it says is a naturally produced "superfuel" the body makes when it is pushed to the limit. The Atlantic has more.

Number of the Week
12.8 percent: The market share for Modelo Especial in California, making it the biggest beer brand in the state, according to Nielsen data cited by Beer Marketer's Insights. It blew buy Bud Light, whose sales fell 9 percent, putting it at 10 percent share in the critical beer-selling state.

VW of America hired Jim Zabel as senior VP-Marketing, replacing Vinay Shahani, who left in May for Toyota. Zabel was most recently managing director at Omni Advertising in Los Angeles, according to VW. He also spent time at Hyundai and Honda.

KFC U.S. named Andrea Zahumensky its next chief marketing officer, effective Dec. 4. She's joining KFC after two decades at Procter & Gamble, where she was most recently brand director for the North American baby care business. Zahumensky will fill the role left vacant since March when Kevin Hochman, another P&G alum, was promoted to the role of president and chief concept officer. Tim Hassett, Beam Suntory's president of the Americas region for the past three years, has left the company. The Jim Beam maker promoted Albert Baladi, president of its international division, to the newly created role of chief operating officer and president of the Americas.