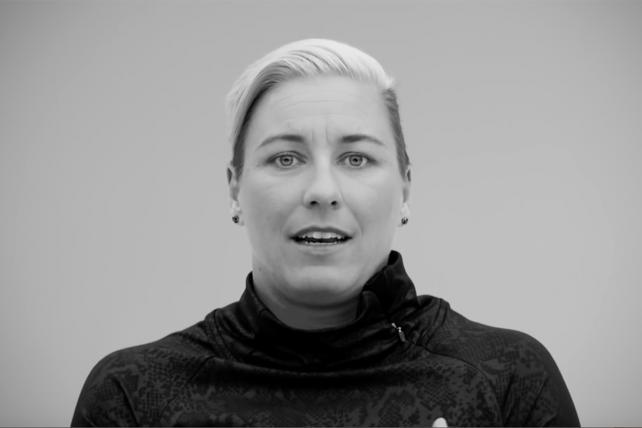 BMW-owned Mini says it is pulling ad content featuring Abby Wambach and "re-evaluating" its relationship with the retired soccer star after she was arrested Sunday and charged with driving under the influence.

"We're obviously concerned about the alleged DUI attributed to Abby Wambach," Mini said in a statement. "This behavior is against the values we promote as an organization and the safety of everyone on the road is a priority here at Mini. Because of this, we are re-evaluating her association with the brand and are pulling content that individually features Abby from our marketing. We will continue to assess the situation and weigh our options."

Ms. Wambach was one of several stars featured in a Super Bowl ad for Mini called "Defy Labels" by Butler, Shine, Stern & Partners. She also appeared in an online video.

Ms. Wambach was arrested for DUI early Sunday morning in Portland after failing to stop at a red light, according to media reports. She was driving a 2014 Range Rover, not a Mini, according to reports.

Wambach's Range Rover parked on the street 12 hours after police pulled her over here for DUI. #LiveOnK2 pic.twitter.com/TjPEiiqVrr

Citing police, USA Today reported that "she was polite and cooperative throughout the investigation."

Ms. Wambach issued the following statement on her Facebook page:

Last night I was arrested for DUI in Portland after dinner at a friend's house. Those that know me, know that I have always demanded excellence from myself. I have let myself and others down. I take full responsibility for my actions. This is all on me. I promise that I will do whatever it takes to ensure that my horrible mistake is never repeated. I am so sorry to my family, friends, fans and those that look to follow a better example.