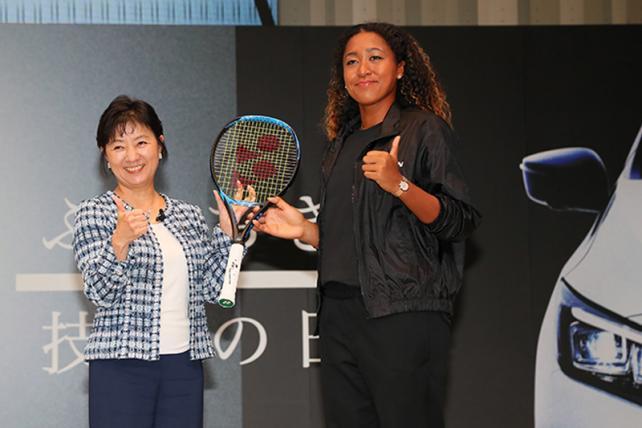 Naomi Osaka's U.S. Open win was overshadowed by Serena Williams' dispute with the umpire, but the budding Japanese tennis star did enough to sign a major endorsement deal, with more likely on the way. Nissan on Thursday named Osaka its newest "brand ambassador," meaning she will appear in global ads for the automaker and will also be provided Nissan vehicles while on tour.

Still, Osaka, who was born in Japan but has lived in the U.S. since she was age 3, won't be appearing in U.S. ads, at least not yet. A Nissan North America spokeswoman confirmed in an email that the U.S. division does not currently have plans to utilize her, adding that "the relationship is early and primarily a global one."

Nissan announced the deal at its global headquarters in Yokohama, Japan, marking one of Osaka's first appearances in Japan since winning the U.S. Open on Sept. 8, Nissan said in a statement. Osaka, 20, is the first player born in Japan to win a title in a Grand Slam event.

"This week has been a dream come to life, and I'm so honored to represent Japan and Nissan on the world stage," Osaka said in a statement. "I was drawn to partner with Nissan because of its strong Japanese DNA and global competitive spirit."

In terms of global brand name recognition, the Nissan deal marks Osaka's biggest endorsement deal, with perhaps the exception of her existing Adidas work. She is also a paid endorser for Yonex racket, Citizen Watch, Japanese broadcasting company Wowow and Tokyo-based Nissin Food Products, according to The Wall Street Journal. Nissin, which makes instant noodles, got its money's worth at the Open, where Osaka wore a Nissin brand patch on her shirt.

She could soon cash in on her win with Adidas, which according to multiple reports is expected to sign a new deal with her worth more than $8 million a year. That would be the biggest clothing deal in women's tennis, according to the Times of London.

And more big deals are all but certain.

"Brands see a lot of upside with her, being that she is only 20 and it looks like she has a long career ahead of her," says Jim Andrews, a sponsorship expert and a former VP at consultancy ESP-IEG.

While her U.S. Open victory was marred by the controversy that led to a tearful and boo-filled trophy ceremony, the incident might end up being a plus for Osaka. "Though at the time it may have negatively affected Osaka, it created more attention," Andrews says. "People who are not tennis fans became aware of her because of that."