The pact does not cover sports gambling
READ THIS NEXT
GM's ad blitz for new Hummer EV includes World Series, Twitch and NBC's 'The Voice' 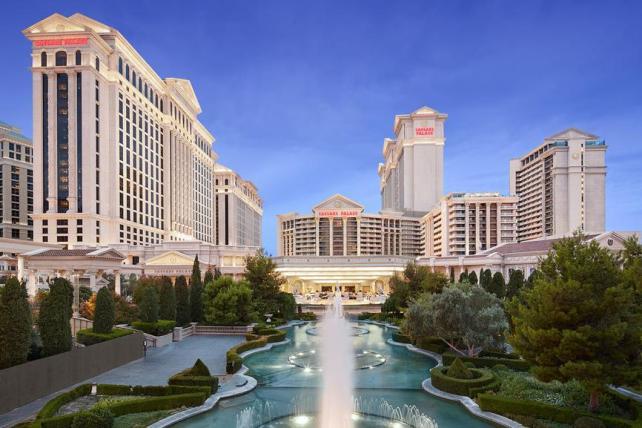 The National Football League has inked a sponsorship deal with Caesars Entertainment, but the new pact stops well short of anything resembling sports gambling.

The deal gives Caesars the right to use NFL trademarks in the U.S. and U.K. to "promote Caesars casino properties and activate at key NFL events including the Super Bowl and NFL Draft," according to a joint announcement by Caesars and the NFL.

The deal comes less than a month after the league announced it would host its 2020 NFL Draft in Las Vegas, marking the first time the nation's gambling capital has hosted the event. Caesars will host elements of the draft, according to Thursday's announcement.

The sponsorship begins immediately with the 2019 playoffs that kick off this weekend. Financial terms were not released for the multi-year deal. Bloomberg reported the deal to be worth close to $30 million a year, citing a person familiar with the arrangement.

The pact only covers that casino category and does not include sports betting, daily fantasy or hotels/resorts, according to the announcement.

The limited scope is in line with the NFL's conservative approach when it comes to embracing anything that carries the whiff of gambling. But the deal signals that the league is at least taking baby steps towards possibly one day embracing gambling.

Mark Frissora, CEO of Caesars Entertainment, cheered the deal in a statement, noting his company would be the NFL's first-ever casino partner. "Combining the league's 180 million fans with our 55 million Total Rewards loyalty program members will expose millions of people to the exclusive and exciting year-round opportunities at our properties," he stated.

The Supreme Court last year issued a ruling clearing the way for states to legalize sports gambling outside of Nevada, where it has long been legal. Seven states now have legalized, state-regulated sports betting, according to legalsportsreport.com.

Other major sports leagues have been more aggressive than the NFL in pursuing gambling-related deals. The National Basketball Association in December struck a deal with The Stars Group that gives the digital gaming operator the right to use official NBA betting data and league trademarks. That followed a similar deal the league struck in July with MGM Resorts International. MGM also has deals with Major League Baseball and the National Hockey League.