Nordstrom Is Cutting Ivanka Trump's Brand Due to Poor Sales

READ THIS NEXT
The Week Ahead: Netflix reports earnings and brands navigate Inauguration Day 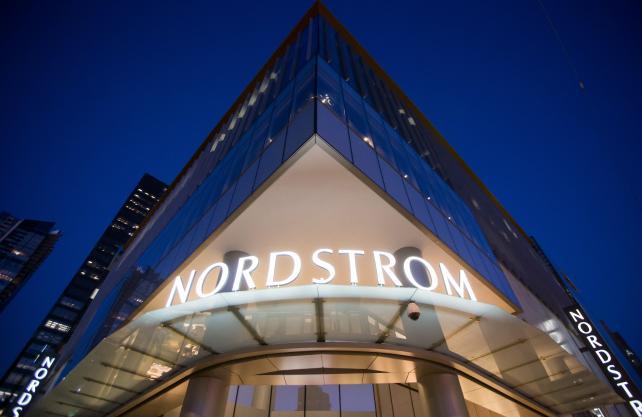 Nordstrom Inc. will stop selling the controversial Ivanka Trump brand this season, a move that follows boycott threats and concerns about the first daughter's conflicts of interest.

The department store chain made the decision based on sales, according to a statement from the Seattle-based company. It offers thousands of brands and cuts about 10% each year based on how well they perform, Nordstrom said.

"In this case, based on the brand's performance, we've decided not to buy it for this season," the company said.

Nordstrom has come under fire from the Grab Your Wallet campaign, a critic of the administration that is asking shoppers to boycott retailers that carry Ivanka Trump or Donald Trump goods. Ivanka's business also has drawn criticism for blurring the lines between brand promotion and politics. Her company sent a "style alert" to journalists in November promoting a gold bracelet that she wore during an interview on CBS's "60 Minutes."

The Racked fashion website reported earlier Thursday that the products had begun disappearing from Nordstrom's e-commerce selection. And the Grab Your Wallet campaign declared victory for helping prompt the move.

Nordstrom was one of the first retail partnerships for Ivanka Trump's footwear after it was launched in 2011. Marc Fisher Footwear, a closely held shoe company, is the licensee for the products. Despite the Nordstrom setback, Ivanka Trump's brand continues to push into new categories: It recently added baby bedding and fashion jewelry.

Co-President Pete Nordstrom addressed the controversy surrounding the partnership in a November email to employees, according to Fortune. He said the company had heard from customers threatening to boycott the chain if they continued or discontinued its relationship with Trump.

"This is a sharply divisive subject," he said. "No matter what we do, we are going to end up disappointing some of our customers. Every single brand we offer is evaluated on their results -- if people don't buy it, we won't sell it."

Merchandise selection has become even more critical for department store chains such as Nordstrom as the industry struggles with dwindling mall traffic and consumers' defection to online shopping. The company, which has posted declining same-store sales in two of the past three quarters, has seen its shares fall 11% in the 12 months through yesterday.

In November, the company posted a response on Twitter to a shopper's open letter calling for Nordstrom to stop selling the Ivanka Trump brand.

"We hope that offering a vendor's products isn't misunderstood as us taking a political position; we're not," the company said at the time. "We recognize our customers can make choices about what they purchase based on personal views and we'll continue to give them options."