Oscars 2020: Here's what brands have planned for Hollywood's biggest night 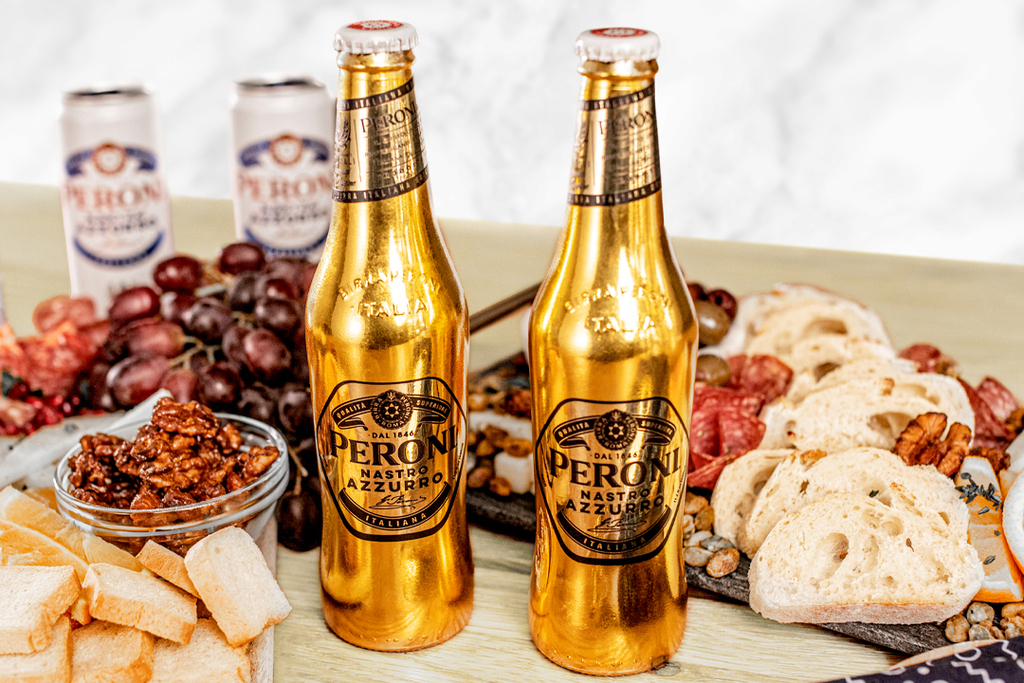 Two down, one to go: Sunday’s Academy Awards broadcast on ABC gives brands another chance to get in front of a live audience, following the Grammy Awards and Super Bowl. Of course, the Oscars brings nowhere near the audience of the Super Bowl, which drew 102 million viewers when you account for streaming.

But the Academy Awards, often dubbed “the Super Bowl for women,” has long been seen as a place ripe for luxury brands—with Cadillac and Rolex among the marketers that have regularly bought airtime in the show. They are back this year as official sponsors, along with Verizon and Google. Brands that will advertise in the broadcast also include McDonald’s, Postmates, M&Ms, Adobe, Colgate,  Hulu, Intuit TurboTax and Microsoft, among others.

The alphabet network sold out the Oscars earlier this week, he says. And according to people familiar with deal making, ABC netted between $2.4 million and $2.6 million for a 30-second spot. By comparison, Fox hauled in as much as $5.6 million for 30 seconds for the Super Bowl. But ABC’s take marks an increase from last year, when the cost of a 30-second spot in the Oscars broadcast was $1.98 million, down 5 percent from 2018, according to Kantar Media.

This year, the Oscars will once again not have a host. The lack of host last year did not ding ratings: The show was able to bounce back from record low ratings in 2018, averaging just under 30 million people, which marks a 12 percent increase from the year prior.

Here's a look at what some brands have planned for Sunday—either during the ad breaks or in and around the show.

The General Motors-owned luxury brand plans to consume four minutes of airtime with several ads. The spots, by Leo Burnett Detroit, will debut a new campaign, called “Make Your Way,” aimed at linking the brand with people who have “unwavering self-determination,” according to a press release. The buy includes a spot custom-made for the Oscars, starring actress Regina King, for the all-new 2021 Cadillac Escalade. Below is another ad that will run, called “No Barriers.”

Adobe is also running a colorful, mixed-media ad that depicts creativity “at work,” in real time, using its tools and featuring projects of artists like Shepard Fairey and images of popular figures such as Frida Kahlo, Billie Eilish and activist Malala Yousafzai. Eilish, the runaway winner at the Grammys, is slated to perform at the Oscars. Adobe’s spot, created out of Goodby Silverstein & Partners, promotes the idea of “Creativity for All” and is set to the iconic track “Pure Imagination,” sung by Gene Wilder in the 1971 film “Willy Wonka & the Chocolate Factory.”

The New York Times will return to the Oscars this year for its sophomore appearance with an ad from its “The Truth Is Worth It” campaign starring Janelle Monáe and created out of Droga5. The new spot is the Times’ first to feature celebrity talent and highlights the publication’s “The 1619 Project,” a multi-platform initiative that explores the legacy of slavery in the U.S. The brand made its Academy Awards debut in 2017 to introduce its “Truth” brand campaign, which went on to win numerous accolades, including multiple Grand Prix at the Cannes Lions.

Food delivery platform Postmates will also be running a spot during the show, but creative has yet to be unveiled. The brand works with Mother L.A. and previous ads featured Martha Stewart giving an important pro-tip to home cooks who aren’t as skilled as she is: “Just Postmate It,” she says.

Turbotax will be running a 45-second cutdown of the anthem spot from its “All People Are Tax People” campaign from Wieden & Kennedy Portland. The ad conveys the message that people are capable of accomplishing wildly challenging things every day (like giving birth and riding mechanical bulls) so doing taxes should be no problem (with the help of Turbotax). The push debuted on Jan. 1 and also included a dance-themed spot that ran on the Super Bowl.

The Kinder brand is returning to the Oscars with a 30-second spot promoting its Kinder Bueno chocolate bar. This is the first U.S. TV spot for the new product and the third consecutive Oscars ad for Ferrero U.S.A.’s Kinder brand. The company’s first foray on the Oscars was in 2018, when it used the awards show to introduce the new product Kinder Joy to the U.S.

Ahead of the Oscars, Heinz Ketchup attempted to cement its place in Hollywood history by creating an IMDB page listing the condiments’ credits in various films—including its bit part in the famous restaurant scene in “When Harry Met Sally.” The platform ended up killing the page, so Heinz and agency Rethink Toronto turned the idea into a contest, asking fans to share the ketchup’s famous appearances on social media for a chance to win free red stuff.

The hiring platform Indeed will be airing a space-themed ad that pays homage to all the different players involved in helping man finally set foot on the moon. The spot highlights everyone from Neil Armstrong to the scientists and engineers watching his back, as well as mathematicians who helped ensure all things were go (a likely nod to the 2017 Oscar-nominated film “Hidden Figures”) and the custodian who kept the control room tidy. “Great moments are the work of many,” the endline reads. The spot was created in-house and shot in Kiev in a complete replica of a ‘60s-era space center with much of the crew behind the “Chernobyl” series on HBO.

The high-end watchmaker will again be running a campaign during this year’s awards, but is mum on the details. Rolex has sponsored the Oscars since 2017, and is also the exclusive watch of the Academy of Motion Picture Arts and Sciences. The brand provides the design and theme for the green room at the Dolby Theatre where presenters gather before going on stage; this year’s theme is an icy, polar landscape, the company said this week.

The Golden Arches plans to run a 30-second Quarter Pounder with Cheese spot twice during the Oscars. The ad, which has already aired, features voiceover work by “Succession” actor Brian Cox, who describes the burger in detail. It’s an extension of the 15-second spots that ran during the Grammys last month and comes from Wieden & Kennedy New York. McDonald’s is also promoting delivery, offering a complimentary 10-piece Chicken McNuggets with a minimum $15 delivery on Uber Eats on Sunday.

The Mars Wrigley brand is back in the Oscars for the first time since 2015 with a series of 15-second commercials from BBDO, meant to make it seem like the chocolate candy characters are responding to moments from the red carpet show and the Oscars broadcast in real time.

The Molson Coors-owned Italian imported beer will run its “House Party” ad from Mono during ABC’s pre-show broadcast. The brand is also doing some product placement, seeding gold-colored Peroni bottles with selected influencers. They are meant to look like the Oscar trophy. 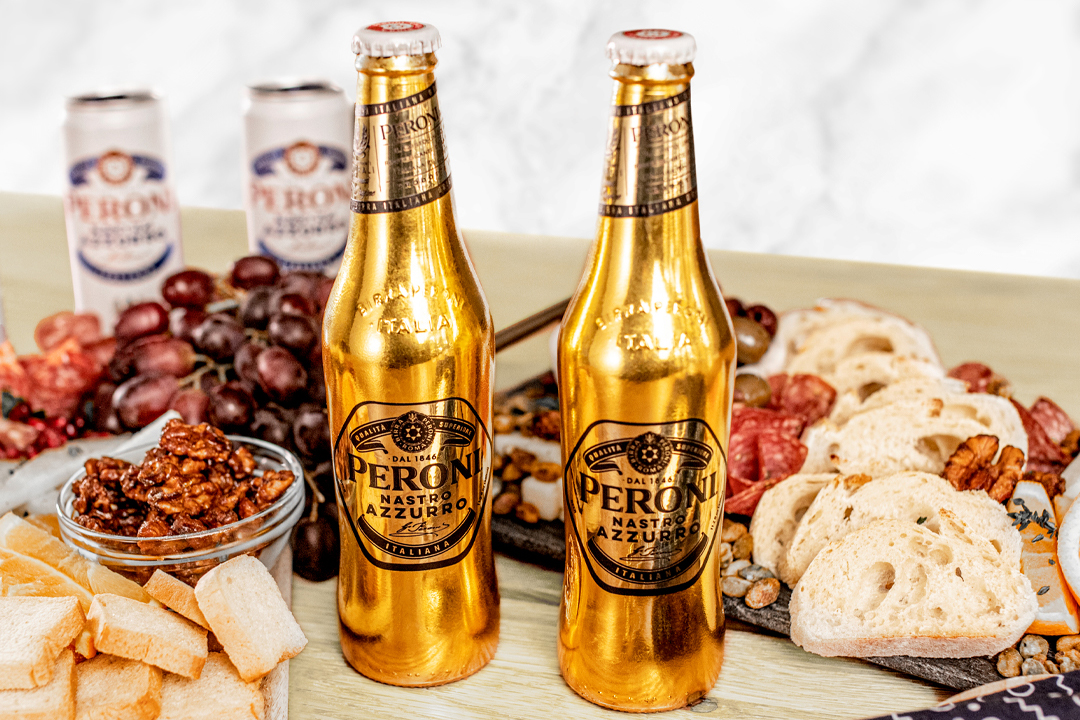 The Diageo-owned tequila is also making a product placement play, tapping Colin Jost of “Saturday Night Live” for photo opps while holding a Julio Bianco cocktail. Diageo is also getting the brand in the hands of Guillermo Rodriguez of “Jimmy Kimmel Live,” who will give it some attention during a red carpet bit on ABC’s pre-Oscars show.