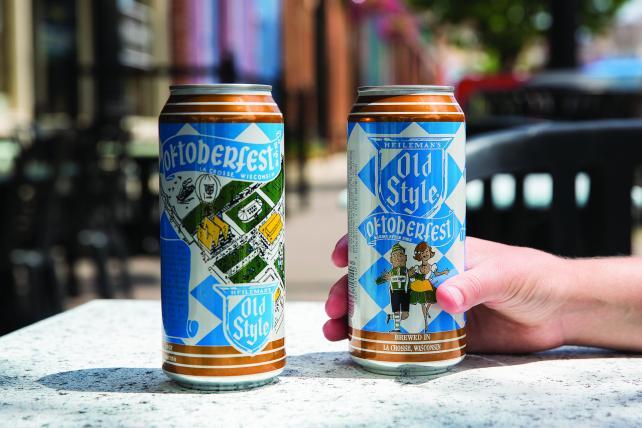 Stroh's is coming back to Detroit. Old Style is brewing in La Crosse, Wis., again. And drinkers in New Orleans might soon be sipping on Jax beer, which hasn't been available since the 1970s.

The comebacks are courtesy of Pabst Brewing Co., which is betting that variety-seeking, craft-beer-crazed drinkers will develop an appetite for the classics. The strategy, called "local legends," relies on a two-pronged approach to resurrect old labels that have been dormant for years, as well as breathing life into existing brands via new premium varieties. New line extensions include Old Style Oktoberfest and Stroh's Bohemian-style Pilsner, which are both made in their original hometowns.

Pabst, known for its namesake Pabst Blue Ribbon brand, controls more than 70 beer brand names, including roughly 30 brands that are dormant, according to Pabst Brewing Chief Marketing Officer Dan McHugh. Modern craft brewers "can't go back to 1902. They can't go back to 1844," he said. With Pabst's brands, "there's this real strong nostalgia and heritage," he added. "You are not going to find an Old Style consumer that won't talk about their uncle, or their grandpa, or their dad."

The changes are occurring under Eugene Kashper, who bought Pabst in 2014 with the private equity firm TSG Consumer Partners for a reported $700 million. Mr. Kashper came to the U.S. from the Soviet Union as a political refugee when he was a child. He got his start at the old Stroh Brewing Co. and later co-founded Oasis Beverages, which operates breweries in Eastern Europe. Pabst was previously owned by investor C. Dean Metropoulos, who bought the company in 2010 from a charitable foundation.

Mr. McHugh, who joined Pabst from Anheuser-Busch in 2012, said Mr. Kashper has injected new energy into the company. "The difference is we worked for somebody that was ready to sell at any point," he said, referring to Mr. Metropoulos. "And now Eugene is really a beer guy. He is going to be in the beer business a long, long time running Pabst."

Old Style Oktoberfest is the first new beer in 15 years from the 114-year-old Old Style brand. The brew traces its roots to German immigrant Gottlieb Heileman and the G. Heileman Brewing Co. that he ran in La Crosse in the late 1800s. 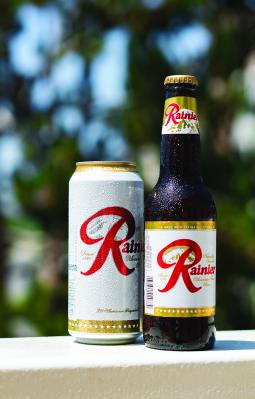 Pabst, which outsources its beer-making to contract breweries, is making the Märzen-style Oktoberfest brew at the original G. Heileman brewery in La Crosse, which is now owned by City Brewing Co. Pabst will push the beer via local grassroots marketing across the brand's Midwestern stronghold. That includes sponsorship of next month's Oktoberfest USA event in La Crosse, during which Old Style Oktoberfest will flow from a ceremonial golden keg. Pabst also gave regular Old Style a makeover with a new retro design.

Earlier this summer, Pabst released Rainier Pale Mountain Ale in the Pacific Northwest using a recipe inspired by one of Rainier's post-Prohibition pale ales from the 1930s. Rainier Brewing Co.'s roots date back to 1878, when it was the Seattle Brewing and Malting Co. While the core Rainier brew is well-known in the Northwest, the Mountain Ale line extension is the brand's first new beer in nearly 20 years. Pabst also struck a deal with a Washington brewery, enabling Rainier to be made in its home state for the first time in 13 years. 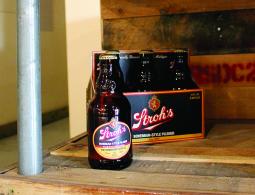 Stroh's Bohemian-style Pilsner, which debuted on Aug. 22 in Michigan, is based on a recipe from the late 1800s. It is made at Brew Detroit, a brewery in the city's Corktown neighborhood, marking the first time Stroh's has been brewed in Detroit since 1985. Stroh Brewing Co. has its roots in a brewery founded by German immigrant Bernhard Stroh in 1850. Pabst acquired it in 1999. Stroh was the third-largest brewer in the U.S. in 1984 before it was decimated by debt and began losing share to Anheuser-Busch, Miller and Coors, according to Crain's Detroit Business.

Pabst even brought back an old spokesman for one its brands earlier this year when it put 1980s-era pitchman Billy Dee Williams in a video ad for Colt 45. It was actually a play for young adult drinkers, whom the brand noticed were talking about "sipping on my Billy Dee" on social media, Mr. McHugh said.

Next year, Pabst is looking south, where it tentatively plans to bring back Jax beer in New Orleans and other Gulf Coast regions. The brew was made in New Orleans from 1891 until the mid-1970s. The original brewery was called Jackson Bohemian Brewery in honor of Andrew Jackson, according to the Tulane University library. Today, the former brewery site is home to retail shops in the French Quarter.

Pabst is also considering pouring more money into its Schlitz brand, which it gained in the 1999 Stroh acquisition that came way past Schlitz's prime. "Schlitz is something that we have our eye on to really redo that whole brand from a standpoint of bringing it back in a bigger and better way," Mr. McHugh said. 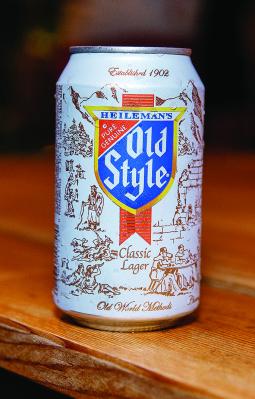 Maureen Ogle, a beer historian and author of "Ambitious Brew: The Story of American Beer," is skeptical that the old brands still resonate with today's drinkers. "Your average beer drinker was born after Schlitz blew itself up. They have no idea who Schlitz beer is. Why should they give a damn?"

But Pabst executives are banking that reconnecting the classic brands to their local roots will spur new interest. The beers "have a strong, strong history within the fabric of these communities and bringing it back there and brewing it there means a lot to these people," Mr. McHugh said.

Indeed, the comebacks are spurring plenty of local media coverage. In July, a La Crosse TV station ran a news segment showing Oktoberfest organizers decked out in traditional German apparel cracking open the first cans of Old Style's new brew at City Brewery. The golden keg will be tapped on Sept. 30 at precisely 11 a.m., according to a Pabst spokesman, just as festivalgoers are settling into their lederhosen.