The political playbook of advertising

Marketers can, and should, take a few plays from political campaigns
READ THIS NEXT
Ford plugs Bronco with new ‘Built Wild’ tagline 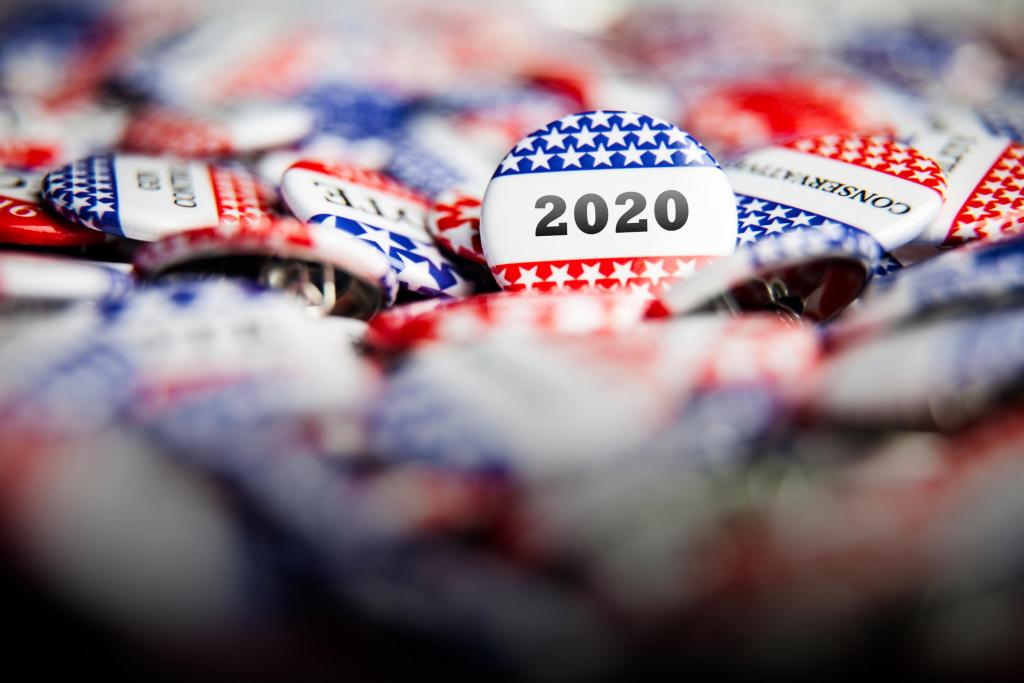 The U.S. Presidential Election is still more than 18 months away, but we already have a gaggle of candidates vying for our attention in every news cycle. The strategists behind these campaigns know they have a limited window of opportunity to introduce their ideas, gain name recognition, and garner a loyal following. They also know that it’s all about momentum, which can switch in seconds; one news story, rumor, or tweet—good or bad—can change the perception of who is the front-runner and who doesn’t have a chance of surviving past Iowa.

At their core, political campaigns are an exercise in short-term marketing, and the great ones figure out how to make the most of every political and cultural moment to keep their candidate’s name top of mind. They are rapid response machines.

Brands and agencies are, of course, not new to rapid response—many have set up war rooms at critical times, gathered a smart and snarky social media team, and passed (perhaps aced) Crisis Communications 101. But I still see too many missed opportunities.

Taking a page from the political playbook by paying attention to all kinds of rapid response is critical to staying relevant and growing brand loyalty.

Direct defense
In any political campaign, there is opposition research, and a war room of communication experts ready to minimize the damage and take control of the narrative when a challenger lashes out, or a negative story emerges. They instantly begin correcting misinformation, defending their candidate’s record, and, ideally, turning the story back on their opponent.

Brands have competitors, not adversaries. So it’s rare for them to need this level of defense, but some recent examples show that we all need to be ready nonetheless.

Just this month, Clif Bar surprisingly fired a shot at Kind Bar, taking out a full-page ad and a homepage takeover in the New York Times asking its competitor to pledge to use organic ingredients. Kind’s response would make a political campaign manager proud: It changed the subject and pointed out that its bar lineup has far less sugar than Clif’s (but not before Clif got some good earned media stories out of its aggressive move). And then there’s the ongoing “corntroversy”—a back and forth between Bud Light and Miller Lite over the use of corn syrup—that could rival any political race.

Crisis communications
Of course, not all communications curveballs are thrown by opponents. Things happen. And the worse they are, the more likely they are to go viral. None of us are strangers to crisis communications, but the speed with which bad news spreads means that brands, like politicians, have to be prepared to think fast and act decisively.

Starbucks earned accolades for its handling of an incident in May 2018 when two black men were forcibly removed from one of the coffee giant’s Philadelphia stores. The men were waiting for a friend and had not yet ordered, when the store manager, in a move that many saw as racially motivated, asked them to leave. They refused, and she called the police, and the men were taken into custody. News traveled to Seattle (and everywhere else) at lightning speed, and Starbucks CEO Kevin Johnson and the company responded just as fast. Johnson personally apologized and vowed to close more than 8,000 company-owned stores for a day of racial bias training. Howard Schultz, who was Executive Chairman at the time (and is now dabbling in politics himself), also responded swiftly and deftly.

This speed was important. Had executives spent too much time huddled with their PR firms and lawyers putting together the “perfect” response, the story would have festered, and nothing they said would have mattered.

Seizing the moment
For politicians who have limited time and small ad budgets, cultural moments and the media that they can garner are essential. A controversial court decision, a legislative vote, another politician’s angry tweet, even a national tragedy are all conduits to tell the world what they think. Brands can and should do this as well.

Some have chosen sides in major cultural debates, like Nike when it hired Colin Kaepernick; Dick’s Sporting Goods when it announced after the Parkland school shooting that it would no longer sell guns to anyone under the age of 21 and would stop carrying assault rifles; The North Face when it told us that walls are meant to be climbed; or Patagonia when it sued the Trump administration over a plan to turn back protections on two national parks.

People like brands with a world view similar to their own, and they like to make emotional connections. These bold political statements can pay off; Patagonia’s sales were 7 percent higher the week it filed suit than they had been the week before (which had included Cyber Monday).

But not all rapid response has to be controversial. There are daily opportunities to engage in relevant conversations. Notice when an influencer uses your product or complains about a competitor. Be ready to congratulate or console your brand ambassador when they win a tournament or fail to win an Oscar. And pay constant attention to the cultural conversation.

Airbnb garnered both earned media and lots of good will when, in advance of Hurricane Michael, it announced Operation Open Homes, asking hosts to give displaced families a free place to stay. Also, Red Stripe beer got more than its money’s worth when it bought the Jamaican bobsled team a $50,000 sled so they wouldn’t have to drop out of the Olympics. These are perfect examples of a brand making a positive and powerful statement within its own niche.

With a rapid response team watching for places to insert themselves, and the policies necessary to get messages approved quickly, brands have the opportunity to get involved in trending conversations of all kinds. Wendy’s is often used as an example of a brand using social media to great effect by trolling competitors and engaging with fans (and even detractors). Wendy’s got accolades for joking that McDonald’s diamond ring was just more ice, but won the Twitter game when it told a fan he would need 18 million retweets to get free chicken nuggets for a year. He missed the target, but in the process he hit the record for most retweeted post, and the company got over 330 million impressions. (And they did give him the nuggets in return.)

By the time November 3, 2020 rolls around, we will all undoubtedly be suffering from an acute case of election fatigue. But if we’ve been paying attention, advertisers and marketers will no doubt have learned a lot about building a brand through rapid response.