The brand’s first big campaign comes from Johannes Leonardo
READ THIS NEXT
NFL Playbook: Tracking how brands are marketing around an uncertain season 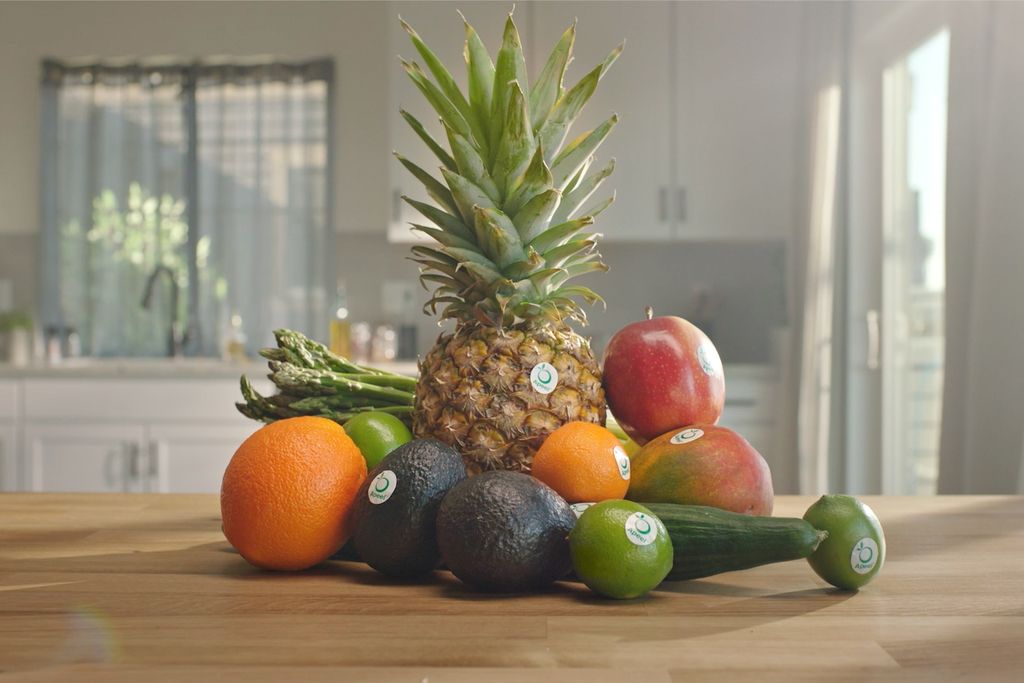 Apeel, whose edible-coating product can double the shelf life of fresh produce, is out with its first big marketing push just as many people have become more aware of food waste during the coronavirus pandemic.

The “food gone good” message that will begin appearing in ads is meant to be part of a broader conversation around food waste and food insecurity.

Apeel’s plant-based technology works to keep moisture in and oxygen out. It extends the life of produce, making it easier to be shipped by, say, ship, rather than pricier (and possibly more emissions-producing) cargo planes. Grocers have fewer rotten fruits and vegetables to toss, reducing their waste and improving their profitability. And it appeals to consumers who want to reduce food waste.

The new colorful and playful ads are the first work for the brand from Johannes Leonardo.

“The purpose is to reach people, not preach to people,” says Jason De Turris, VP of brand and marketing at Apeel.

The coronavirus pandemic has disrupted grocery shopping habits. People who ordered produce online or stocked up on less-frequent grocery store runs may have been disappointed when items went bad before they were eaten. Anyone trying to save, especially people who found themselves out of work or with drastic pay cuts, don’t want to find their money has gone to waste when they have to throw out produce that has gone bad. Plus, food banks are providing meals to more Americans and want items that can be transported and last longer.

Apeel was in the planning stages for its first major marketing push when COVD-19 set in. “In hindsight, I’ll probably remember it as clarifying our message,” De Turris says of coming up with the campaign during COVID-19.

De Turris, who joined Apeel in 2019, following a career at agencies including Ogilvy, Deutsch, JWT, CPB and most recently Phenomenon, describes the work as the most important thing someone with a background in advertising could be doing in 2020.

Apeel, which began with funding from the Bill & Melinda Gates Foundation, wants to reduce food waste. According to a constantly updating tally on its site, the Santa Barbara, California-based company has saved more than 8,443,000 pieces of fruit from going to waste at grocery stores. And that’s before the marketing push began.

De Turris says he reached out to four agencies before picking Johannes Leonardo. The agency’s president, Bryan Yasko, and De Turris worked together years ago at Ogilvy.

Yasko sees strong appeal in working with Apeel, calling it a “once in a lifetime opportunity” both for himself and the agency. “If you think about it, there’s not a better brand out there for the world right now,” says Yasko.

The New York agency’s work on the campaign was all done remotely during COVID-19.

“Brands talk about being purposeful brands,” says Yasko, but with Apeel the purpose was already there, and the campaign can focus on getting the message across rather than creating a narrative to fit the premise.

The campaign launch comes as Apeel announced $30 million in funding from partners to assist farmers in emerging markets extend the shelf life of their crops and work to get access to new markets including the U.S. and Germany, its two main markets.

Apeel produce is available in the U.S. in Kroger stores and a growing list of retailers. In Germany, it can be found in Edeka and Netto stores.

In the U.S., ads will appear in places including the New York Times (including a planned homepage takeover in late November), Amazon, Delish, Hulu, Pandora, Roku, Vox and YouTube, as well as at Kroger, which is a major client for the brand. One plan includes ads on Volta charging stations in various Kroger parking lots in Atlanta, Denver, Los Angeles and San Diego to connect with climate-conscious consumers. Along with Johannes Leonardo, Apeel's agencies include Swellshark on media and Integer on retail.

For now, U.S. shoppers are likely to see Apeel’s sticker on produce including organic apples, avocados and limes. Cucumbers and other produce are either in the pipeline or being piloted.

In Europe, it has moved into citrus as well, including mandarins. 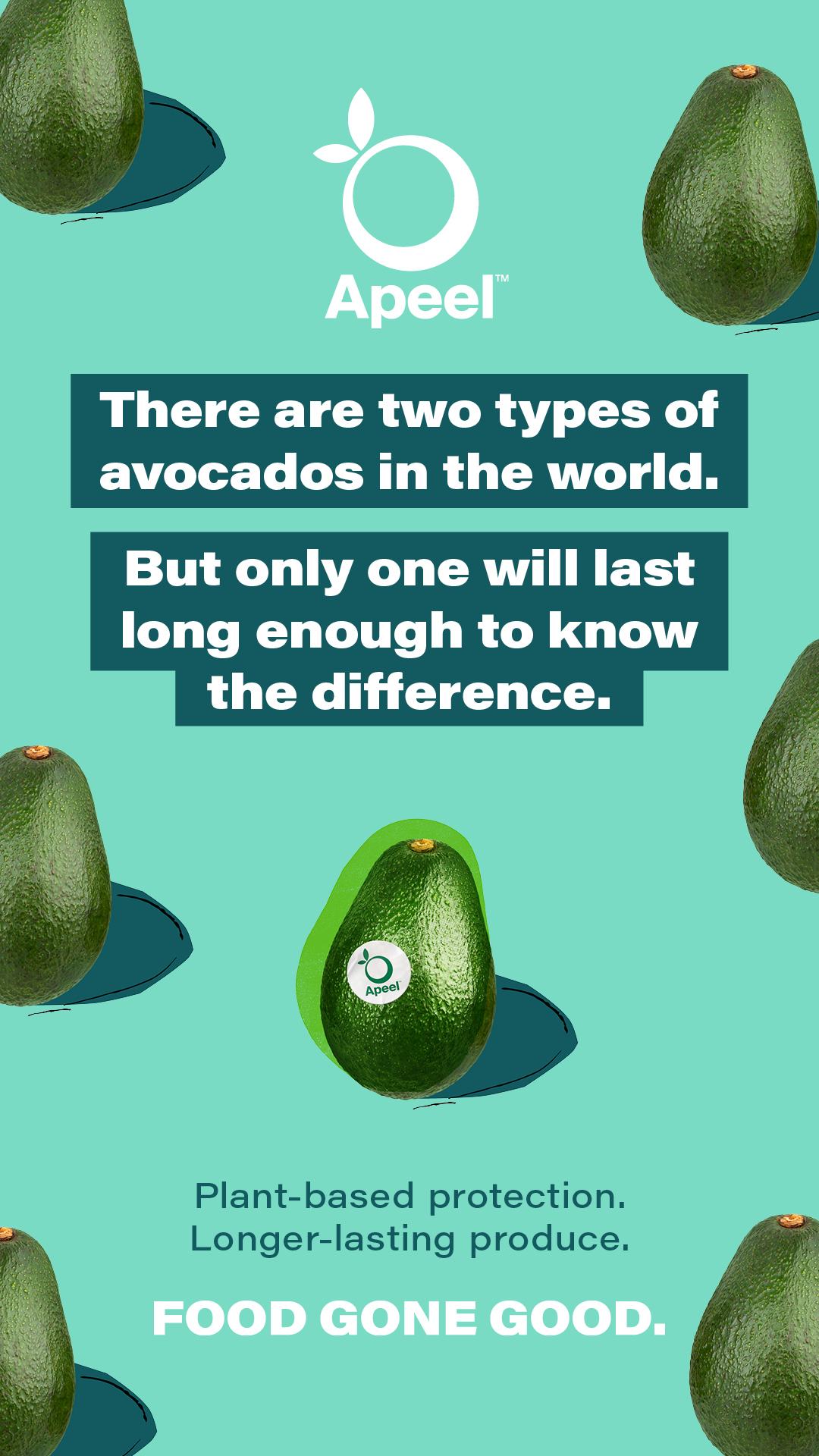