As Retailer Digital Exchanges Proliferate, Will They Become the New Trade Promotion?

First came Amazon's ad network in 2012. Then last year Walmart introduced the Walmart Exchange, designed to use retail customer and sales data to serve ads and measure sales response all over the web.

Now, at least a dozen U.S. retail chains offer digital media-buying platforms aimed at helping supplier brands better reach the retailer's customers, not just on retailer websites but anywhere online. Newer entrants range from big national players like Target, Dollar General and Family Dollar to regional supermarket players such as Safeway/Albertson's, ShopRite, H.E.B., Food Lion and Meijer, according to Anthony Acerra, director-digital strategy at WPP's Rockfish. And he believes that number could easily grow to 20 within a year.

Such retailer digital media exchanges are shaping up as the next generation of trade promotion-not unlike the old-fashioned retailer circular or end-cap displays-but delivered digitally to consumers' laptops or smartphones wherever they happen to be online. The development offers big promise but also big questions and potential problems for brands.

"It was one thing when you had maybe two retailers asking for 1 or 2 million dollars," said Michael Stich, chief innovation officer of Rockfish, who said seven-figure requests from retailers are common. "When you multiply that across 20 retailers, it really adds up."

Even some retailers have their doubts. An executive for one such retailer, also a former consumer packaged goods executive, who spoke not for attribution, said digital exchanges fed by retailer loyalty data have the potential to deliver far better return-on-investment (and data to prove it) than other programmatic digital buying options. But the executive said the industry infrastructure does not exist yet to really make it work believably for brands. Ultimately, the executive said brands will decide whether to participate based on observable impact on their sales, but that they're more likely to trust numbers from third-party providers.

"For us, it makes everything more complicated," said a digital marketing executive for one CPG player who asked not to be identified. "You've got the whole issue of what is media vs. what is trade spend."

And marketers haven't necessarily figured out who internally should make decisions on digital advertising bought through retailer exchanges. While the Walmart Exchange (WMX) is big enough to justify dealing with directly, and may work particularly well for smaller players lacking the means to afford the in-house analytics capabilities of bigger competitors, the digital marketing executive said other retailers would do better if they consolidate offerings through a third party to the extent they can manage conflicts.

Even that, however, means adding more players into an already complex digital media supply chain by putting a retailer, the retailer's media agency, a third party of some kind, the brand and the brand's media agency all into the mix.

From an accounting standpoint, it also gets tricky. If suppliers buy digital media through retailer exchanges as part of a deal to sell goods to them, it probably counts like other trade promotion: as a reduction of net sales, the same as "buying" space in retailer circulars as part of a deal to sell goods. If suppliers buy from the same retailer exchanges via a separate contract, structured like that from WPP's Xaxis or another digital platform, it would probably qualify as an advertising expense.

Another brand digital media executive said that while the retailer exchanges have potential to deliver higher-quality return on investment feedback than other programmatic options, it all depends on how willing retailers are to share their data and merge it with brand data. 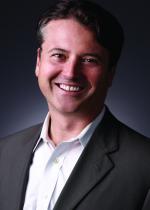 Brian Monahan, VP-marketing of Walmart.com, who made developing WMX one of his key projects when he arrived in 2013, sees the exchange as more than just shopper marketing or trade promotion, though one goal is ultimately to use Walmart data to help brands sell through Walmart.com and Walmart stores.

"We don't see it as shopper marketing," Mr. Monahan said. "When we get into these meetings, we wind up with the shopper marketing team there, the e-commerce team, the ad agency and the national brand people. It's really kind of blurring these silos, I guess."

Given the breadth of its customer base, Mr. Monahan said, "I would argue that Walmart is a proxy for total U.S. sales, and that optimizing your marketing for sales at Walmart will have the effect of optimizing your sales for the U.S."

Walmart does make money on WMX, but that's not really the motivation, and neither his bonus nor that of anyone on his team is affected by profit or loss on WMX, Mr. Monahan said. The exchange also has a board of advisers who come from the brands that use it, and the idea sprang from the idea of using what the retailer had learned about digital media buying for the benefit of suppliers to help reduce their costs and boost their sales.

Part of WMX is a patent-pending test-and-control methodology that looks at lift of sales at Walmart.com and Walmart stores on an item level, he said. While Walmart doesn't have a loyalty program that tracks sales at its stores, he said it has used a combination of "traceable tender," data from its Savings Catcher mobile app and other customer data to build an anonymized 80 million-household database of customers to "auto-optimize" digital media buys.

"We can't do the auto optimization based on real time sku-level sales at other retailers," Mr. Monahan said. "But we have done some work to estimate what sales look like at other retailers. So I think WMX, more than any other retailer, legitimately has the claim to serve national brand budgets."