Retailers Duke It Out for Hispanic Shoppers' Dollars

Group's Buying Power Is Poised to Hit $1.5 Trillion This Year -- Up 50% from 2010
READ THIS NEXT
How research drove the bold rebranding of an iconic company

As the Hispanic population shoots up and buying power increases, U.S. retailers are increasingly vying for this audience's attention. Some have shifted more of their efforts to digital in light of how Hispanics consume media, while others have adopted creative strategies and added products aimed squarely at the market

U.S. Hispanic buying power is poised to hit $1.5 trillion this year -- a 50% increase from 2010, according to Nielsen. "Retailers and manufacturers can't afford to ignore multicultural consumers such as Hispanics," said Eva Gonzalez, exec director-diverse consumer intelligence at Nielsen. "They are transforming the U.S. mainstream." 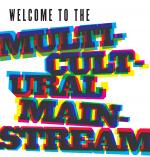 Below is a snapshot of how retailers like J.C. Penney, Macy's and Target are upping their efforts in order to better connect with the demographic.

As part of its turnaround strategy, J.C. Penney last summer looked to reposition itself as a department-store destination for Hispanics.

Its effort, tied to the World Cup, kicked off with an ad campaign geared toward Latinas and a restructuring that merged the in-house Hispanic marketing group with the general-marketing team. The retailer also has bilingual signage and associates in more than 180 stores. J.C. Penney's Hispanic agency is independent Grupo Gallegos.

"Our growth depends on catering to the Latina," Lyris Leos, director-multicultural marketing at J.C. Penney, told Ad Age in June. Until then, she said, the chain had "never overtly stated and assertively made the claim that the Latina is our brand muse."

But after touting the new strategy, J.C. Penney seems to have scaled back. A J.C. Penney spokeswoman declined to comment on the company's Hispanic marketing.

The company now seems to be complementing its general-marketing tactics with elements that cater to the Hispanic market. During the holidays, J.C. Penney supported its overall push, called "Jingle More Bells," with Spanish-language ads that emphasized digital and mobile, a Three Kings Day effort and a video series developed in partnership with AOL that depicted how Hispanics spend the holidays.

In the spring, the brand translated elements of its campaign into Spanish, including trend-inspired mailers and two out of seven launch spots, as well as print and digital ads.

According to YouGov BrandIndex, J.C. Penney's Hispanic approach worked for a while. The company saw a significant boost in perception among Hispanic women starting after the World Cup and lasting through the holiday season and beyond. It has since returned to normal levels, which are still higher than competitors' average.

Update: After the story was published, J.C. Penney sent along the following statement via email: "J.C. Penney plans to continue its effort to connect with the Hispanic customer. It's a relationship we will nurture and build over time with marketing that resonates and products that identify with her culture and traditions."

Target -- a longtime investor in Hispanic media -- is also deepening its relationship with Hispanic consumers. To engage shoppers on a more emotional level, the retailer launched a campaign created by LatinWorks last month that highlighted Spanish terms and moments that have no direct English translation and are unique to Hispanic consumers.

Called "Sin Traducción," or "Without Translation," it was one of Target's first efforts aimed solely at Hispanics. Previous pushes were crafted for a general audience and then adapted for multicultural consumers.

"This would be our first campaign that is built from the ground up based on Hispanic insights," Mr. Gomez said. "That's a reflection of the evolving marketplace and our evolving guest." He added that Target's core consumers are increasingly millennial and Hispanic.

In 2013, the company spent $51.5 million on Hispanic U.S. measured media, or 3% of its total spending for the year, according to Ad Age's DataCenter. Target was No. 28 in Ad Age's Hispanic Fact Pack ranking of the 50 largest spenders in Hispanic media, and the third largest in the retail category, following Walmart ($92 million) and Sears ($55 million).

Like J.C. Penney and Target, Macy's has shifted more of its efforts from traditional media into digital-media platforms, including mobile, to coincide with the way Hispanics consume media. "We've really tried to put Macy's content there for [the Hispanic shopper] to feel, engage with and share with her friends and use as a means of driving sales," said Jennifer Kasper, group VP-customer strategy, who heads up multicultural marketing at Macy's. She said the company also uses bilingual signage in some locations and holds events during Hispanic Heritage Month. 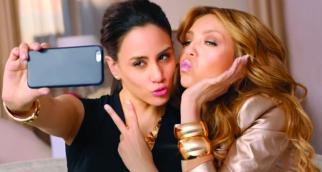 In January, the retailer also launched an exclusive collection -- its largest to date, in 300 stores -- from singer Thalia Sodi aimed at Hispanic women. The merchandising was designed with Hispanics in mind, as was the marketing support, which included a live-streamed fashion show on Facebook and other digital, print, radio, outdoor and broadcast components.

Ms. Kasper said that Macy's began taking a more concerted approach toward connecting with Hispanics in 2010 when it learned that the population jumped 43% in a decade from the last batch of Census data. "We knew we had a good relationship [with Hispanic consumers]. And we knew we could do more with that."