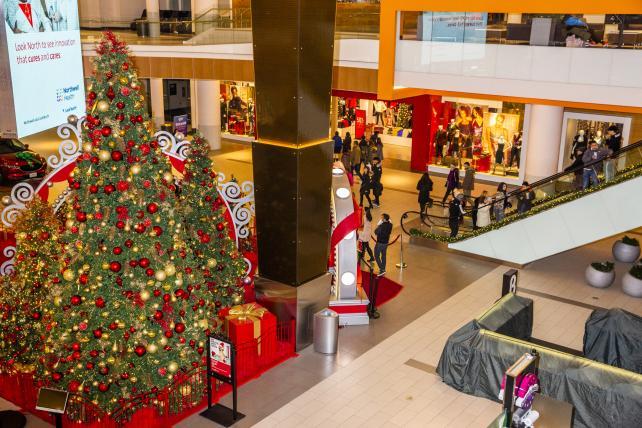 So much for a merry Christmas. That is, if you trust the numbers.

Commerce Department figures released Thursday show U.S. retail sales fell 1.2 percent in December from the previous month, the most since 2009, rather than the slight increase economists had forecast. Even more confusing: There was a pullback in a measure based largely on internet sales, which had been expected to be the retailing industry's saving grace this holiday season.

Some analysts reacted not just with surprise but with an unusually large dose of skepticism. Jim O'Sullivan of High Frequency Economics said the figures were so much weaker than expected "that the data lose credibility," while Stephen Stanley of Amherst Pierpont Securities said the report "seems seriously out of whack" given mostly upbeat comments from retailers about the Christmas season.

The report was delayed about a month by the federal closure. "I'm actually wondering whether the government shutdown created issues for them in terms of data collection and quality," said Neil Dutta, head of economics at Renaissance Macro Research.

The Commerce Department's Census Bureau said in Thursday's report that while data collection was delayed by the shutdown, "processing and data quality were monitored throughout and response rates were at or above normal levels for this release." The bureau didn't reply to a request for comment on the numbers.

The report showed non-store retailers -- which includes online stores -- fell 3.9 percent month on month, the most since November 2008. They rose just 3.1 percent on an unadjusted year-over-year basis, even as Amazon.com Inc. alone saw its net sales in North America grow about 18 percent in the fourth quarter.

"There seems to be a significant undercount problem in the internet sales,'' Johnson said in a phone interview. "This is a real head fake."

The official numbers tend to be volatile on a month-to-month basis, and it's not unusual for the reported increase or decrease in sales to be outside of the range projected by analysts. They also are subject to revisions, which over the past year have ranged from zero to about 0.4 percentage point for the second reading of the monthly change.

Not everyone dismissed the data. Michelle Meyer, head of U.S. economics at Bank of America Corp., said the figures are "likely to remain quite negative" even with possible revisions.

In addition, the bank's customer credit-card and debit-card data show that "January looks pretty soft as well, so our forward looking indicator suggests some of this softness might actually continue into the start of the new year," Meyer said on Bloomberg Television.

In general, the disappointing holiday spending doesn't bode well for the next round of apparel and department-store results, due in coming weeks. Walmart, the world's biggest retailer, reports its fourth-quarter results next week. Macy's, Best Buy Co. and Nordstrom also report this month. Macy's Chief Executive Officer Jeff Gennette already warned in January that sales "weakened in the mid-December period and did not return to expected patterns until the week of Christmas."