Shopping-Mall Owners Pay Up to Stay Relevant in Amazon Era 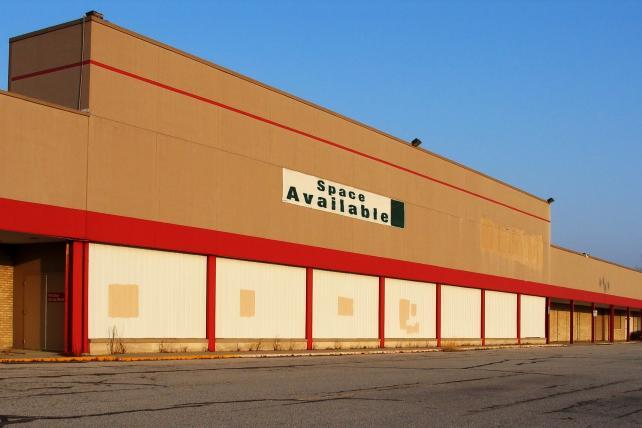 The owner of the Newgate Mall plans to pour $500,000 into overhauling the outdated food court in a bid to lure restaurateurs and hungry shoppers. Rent payments from eateries are never going to recoup the renovation costs, but for landlord Time Equities, that's not the point. The point is survival.

The food hall is part of an effort to breathe new life into the entire 718,000-square-foot (67,000-square-meter) center and increase foot traffic, according to Ami Ziff, director of national retail at New York-based Time Equities. The company, which bought Newgate in Ogden, Utah, from GGP Inc. for $69.5 million last year, is one of many landlords wagering that elaborate makeovers will keep them competitive as they reinvent their properties in the age of Amazon.

Costs are escalating as mall owners work to keep their real estate up to date and fill the void left by failing stores. The companies are turning to everything from restaurants and bars to mini-golf courses and rock-climbing gyms to draw in customers who appear more interested in being entertained during a trip to the mall than they are in buying clothes and electronics. The new tenants will pay higher rents than struggling chains such as Macy's and Sears, and hopefully attract more traffic for retailers at the property, according to Haendel St. Juste, an analyst at Mizuho Securities USA LLC.

"The math is pretty obvious, pretty compelling, but there are risks," St. Juste said in an interview. "This hasn't been done before on a broad scale."

13,000 stores to close
It's more costly to build and maintain large, customized spaces that require extensive updates such as commercial kitchens, according to St. Juste. Landlords' capital expenditures -- including repairs, remodeling and leasing costs -- are rising relative to the income being generated by retail properties.

As the retail business evolves, such capital expenditures will become more crucial in assessing property values, according to Green Street Advisors LLC, a research firm that covers real estate investment trusts. Many investors aren't adequately accounting for the rising costs of maintaining a mall, Green Street said in its annual outlook in January. The real question is whether this is a temporary blip, or a new normal, according to Cedrik Lachance, director of U.S. REIT research at the Newport Beach, California-based firm.

More than a dozen retailers have gone bankrupt this year as the shift toward online shopping accelerates. Even healthy companies are shuttering hundreds of locations. As many as 13,000 stores are forecast to close next year, compared with 4,000 in 2016, according to brokerage Cushman & Wakefield Inc.

Many landlords have been proactive in reclaiming space from weaker tenants to fill with more profitable ones. Chicago-based GGP, the No. 2 U.S. mall owner, has bought back 115 department stores over the last six years and redeveloped them, Chief Executive Officer Sandeep Mathrani said last month during the National Association of Real Estate Investment Trust's annual conference in New York. The new tenant roster at those malls includes Best Buy and Nordstrom stores, restaurant-arcade chain Dave & Buster's and health club Life Time Fitness, he said.

"We've actually made a very, very big statement by saying that over the next five years, we hope to recapture another 100 department stores," Mathrani said.

Department stores, the heart of suburban malls for decades, have been particularly hard hit by changing consumer tastes, leaving gaping holes in their wake. The departure of a center's anchor tenant can easily spur an overhaul of the entire property.

So far, jettisoning and replacing undesirable tenants has been a successful formula for many landlords, but there is still a lot of work to be done, according to Jeffrey Langbaum, an analyst with Bloomberg Intelligence. Some companies won't have the cash to keep up amid the relentless pace of store closures, he said.

"For the most part, these companies have been able to redevelop and backfill space," Langbaum said. "That's great, but the big wave is still coming."

The vacancy rate for malls crept up to 8.1 percent in the second quarter from 7.9 percent in the previous three months due to Macy's store closures, according to data provider Reis Inc. Closures of J.C. Penney Co. stores have been delayed and aren't showing up in the data yet, according to Reis.

Modern makeovers
It can be difficult to calculate capital expenditures for malls because of poor landlord disclosures, Green Street analysts said in the January report. It's a challenge to distinguish between deferred maintenance -- for example, fixing a roof -- and projects that will actually generate additional revenue at a property, the analysts wrote.

Giants such as GGP and Simon Property Group Inc., the largest mall owner in the U.S., are better positioned to absorb the increased costs than their peers that own less-desirable real estate, according to Green Street. The two companies have some of the most profitable malls in the country, and their high sales volumes make it easier to recover expenses.

For Simon, redevelopment costs as a percentage of net operating income climbed from 3.5 percent in 2010 to 16.6 percent in 2015, before dropping to 7.6 percent last year, according to data Mizuho pulled from the company's filings. A representative for Indianapolis-based Simon declined to comment. However, on a conference call in April, CEO David Simon responded to a question from an analyst about the potential for rising capital expenditures.

"We spent a lot of capital in the portfolio to upgrade the look and feel. We're going to continue to do that," Simon said. "I think the returns will be there, and I don't think the dynamics of today's current environment have changed that."

For Ziff of Time Equities, which buys outdated malls and renovates them, it doesn't matter how you categorize the expenses of making over a center for the modern era, or if there is a linear path to a return on a particular project. Whether it's installing a fireplace in a new food hall, or buying artwork for the common area, the aim is to drive higher traffic and tenant sales, he said. Ultimately, it's all cash going out the door.

"It's not always an exact science quantifying the return on investment when it comes to mall renovations and redevelopments," Ziff said. "Every property has its own story."