Some Halloween costumes are as inevitable as 2019’s headlines 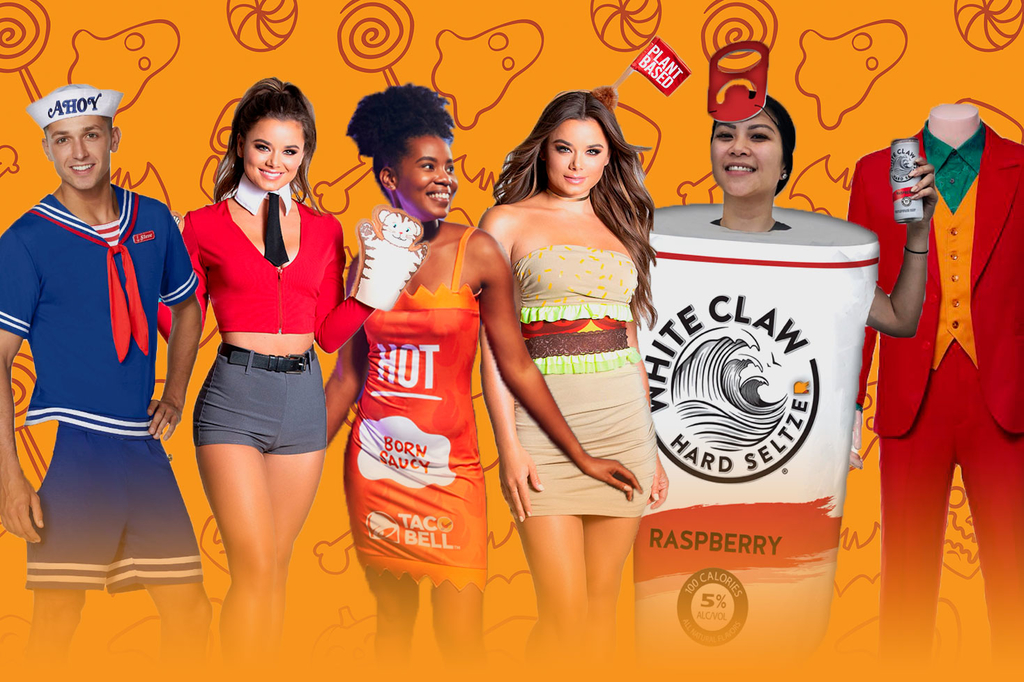 Appropriating brands and pop cultural icons as Halloween-costume inspiration is not all sizzle and skin (wait for it). And some are as inevitable as 2019’s headlines. 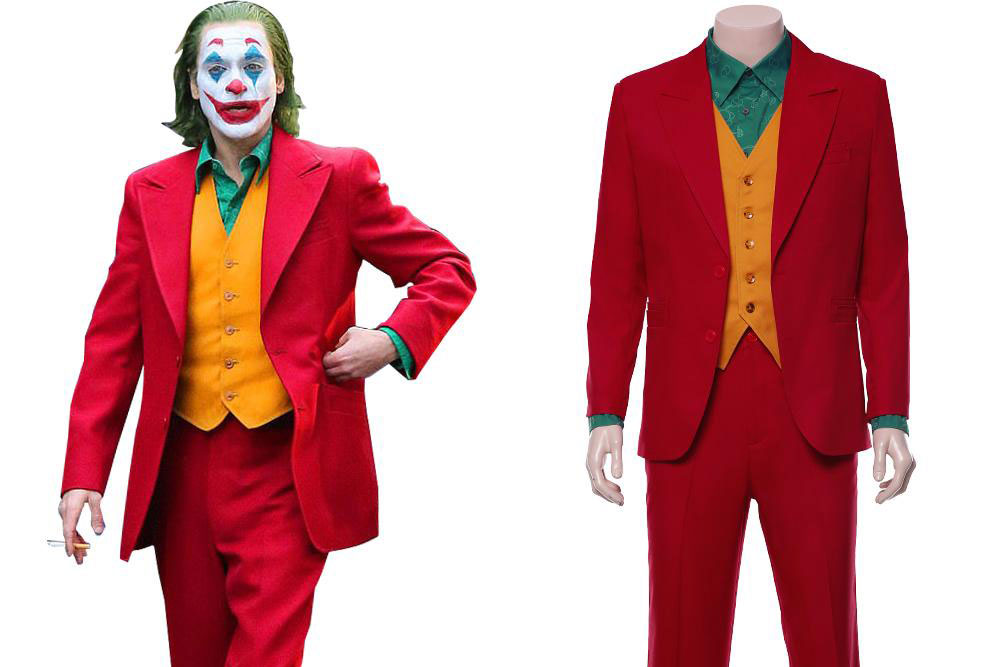 Want to summon your inner homicidal protagonist? How about a joker costume, which comes in iterations for every age? Or a nightmare clown, channeling the “It” movie version of your choice?

Want to dress in slimming, redacted black? Slip on the Mueller report—“Harm to ongoing matter” printed in white letters on black clothing.

And no American Halloween would be complete without the Big Guy—the president. Perhaps the most fetching version is the Adult Baby Prez from SpiritHalloween.com. 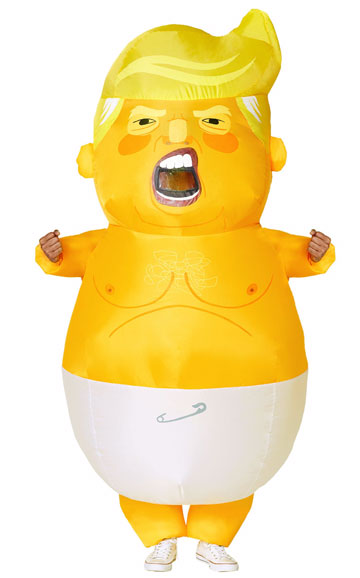 Of course brands get into the act, too. 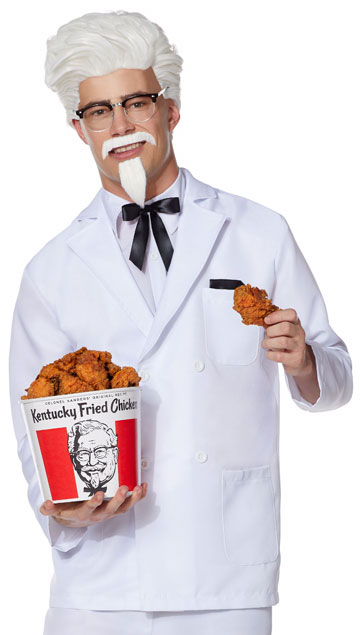 “We know our fans can be (literally) anything for Halloween, so we don't take it lightly when they either make their own or buy one of ours,” says Jennifer Arnoldt, Taco Bell's senior director of retail engagement and experience.

“Think of it as soft marketing,” says Marty Brochstein, senior VP of industry relations and information for the International Licensing Industry Merchandisers’ Association. When brands become part of a cultural conversation, he says, it’s a benefit beyond revenue.

“If people are dressing up as a chicken sandwich, it’ll create some hype for the brand,” says Mark Mathews, VP of research development and industry analysis for the National Retail Federation.

Although Beyond Meat played no role in the development of a beyond burger costume, “we love seeing fans so excited about our products," a Beyond Meat spokesperson tells Delish. 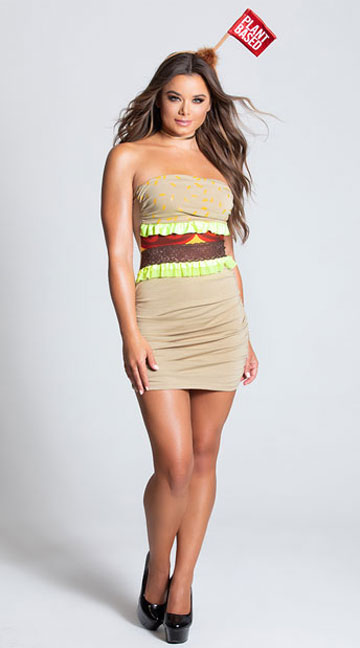 Excited is precisely what Yandy—the year-round home of body shapers, bustiers and leather lingerie—is aiming for with its skin-baring, knock-off costumes, including that body-hugging “beyond burger” ensemble (“Be the yummiest artificial patty between buns”) and a revealing “sexy mother of dragons,” (not recommended if winter is coming.) 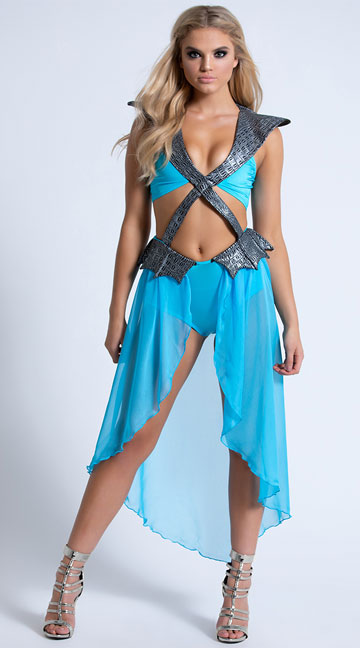 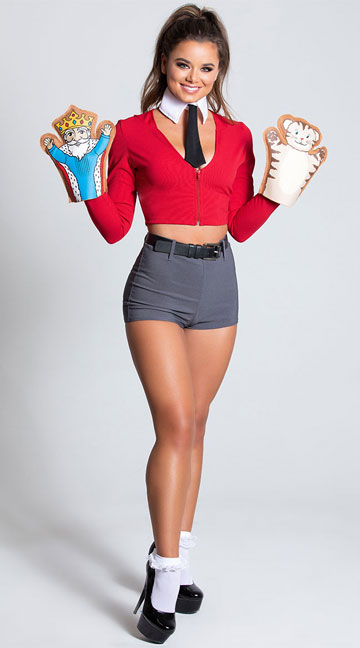 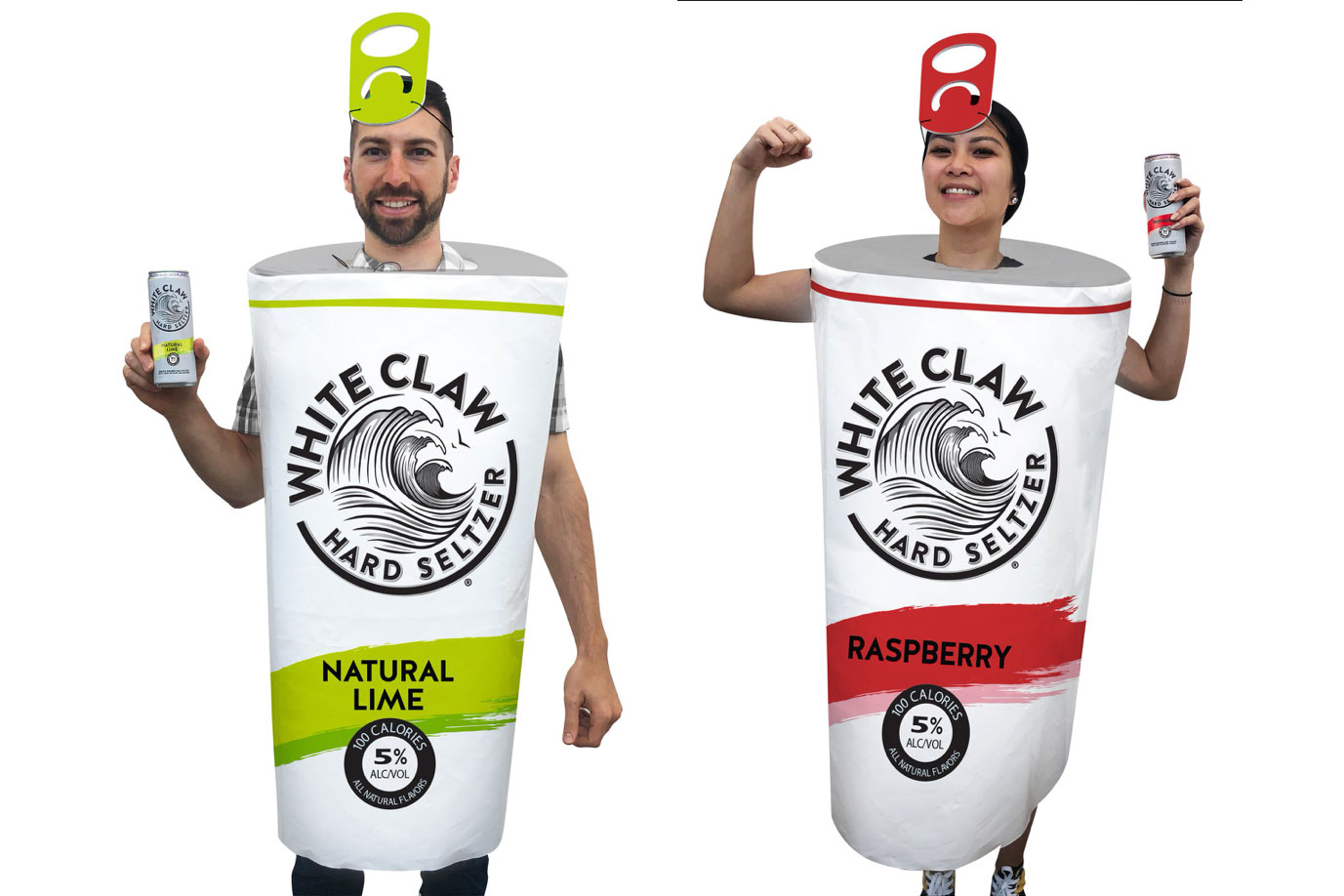 Not even Mr. Rogers is safe from Yandy’s stripped-down interpretation (for women) of America’s nicest neighbor: a red top with a V-neckline, white detachable collar and high-waisted gray shorts. There goes the neighborhood.

If you want to party as popular White Claw Hard Seltzer, you can do so as a can of your favorite flavor.

Stranger Things fans can embrace their inner Scoops Ahoy in a Steve Harrington costume—perfect for sneaking friends into the movies and fighting life-threatening monsters.

Social media—cited by 35 percent of respondents in a National Retail Federation’s annual survey conducted by Prosper Insights & Analytics—is the No. 1 source of Halloween costume ideas, followed by 28 percent who browse in stores and 20 percent who are inspired by family and friends. Among sites, Pinterest was named by 18 percent of respondents, followed by YouTube (14 percent) and Instagram (7 percent.)

Other results from the NRF survey:

Consumers plan to spend $3.2 billion on costumes, $2.7 billion on decorations, $2.6 billion on candy and $390 million on greeting cards.

Almost 70 percent of respondents plan to hand out candy, 49 percent plan to decorate their home or yard, 47 percent will dress in costume and 44 percent will carve a pumpkin.

For children, the most popular 2019 costumes are princess, superhero and Spiderman. For adults they are witch, vampire and superhero.

And hold onto your cats: 29 million people plan to dress their pets in costume for Halloween.

Karishma Vanjani
View all articles by this author