See the Spots Under Scrutiny in VW Deceptive Ad Case 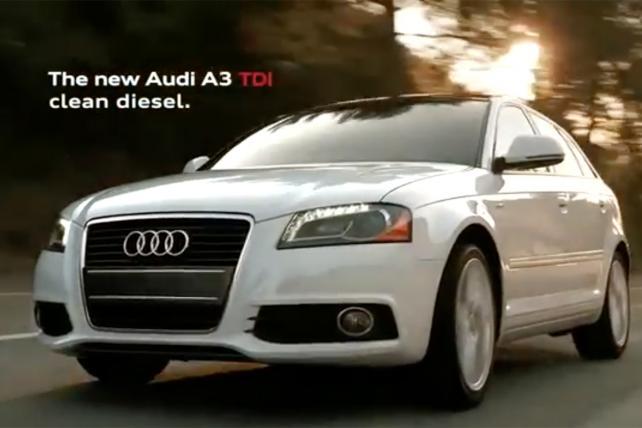 Advertising became a major part of VW's emissions-rigging scandal last week when the Federal Trade Commission alleged in a federal complaint that the automaker deceived consumers with ads that promoted "clean diesel" VWs and Audis.

The claims in the ads were false because more than 550,000 Audis and VWs were fitted with "defeat devices" to evade emissions tests, rendering them "not environmentally friendly," the suit alleges. It extends a crisis for VW and VW-owned Audi that began in September when regulators first charged the company with using the devices.

It is rare, but not unprecedented, for agencies to get dragged into such matters. In 2014, the FTC settled a case against Nissan North America and agency TBWA Worldwide for "deceptively" advertising a Nissan truck pushing a dune buggy up a steep hill, which the truck actually cannot do, according to the FTC.

But it's a good sign for the VW and Audi agencies that they are not named in the initial complaint, said Linda Goldstein, an ad lawyer and partner at Manatt, Phelps & Phillips. For the agencies to be liable, it must be proven that they knew about the emissions evasion or should have known, "and it seems given what's happened here that that is unlikely to be the case," she said.

But the FTC appears to have a strong case against VW, she said. "This does not appear to be a difficult case for the FTC," she said. The question is "would the [ad] claims have been true even if the [emissions] testing had been done properly," she said. "It appears that is not the case."

Volkswagen in a statement last week stated that it "continues to cooperate with all relevant U.S. regulators, including the Federal Trade Commission."

The lawsuit lists numerous examples of how VW and Audis were portrayed as environmentally friendly. Here are some of the ads cited in the suit:

A slogan used by Audi stated: "Diesel. It's no longer a dirty word."

The slogan was frequently used in print advertising.