Seeing Red: Starbucks Stirs Up a Little Controversy with 2015 Cups

As Chain Tries to Spread Cheer Through Ombre, Some Say Red Cups Have Lost Their Christmas Spirit
READ THIS NEXT
Beyond Meat jumps on expanded ties with McDonald’s, Yum Brands 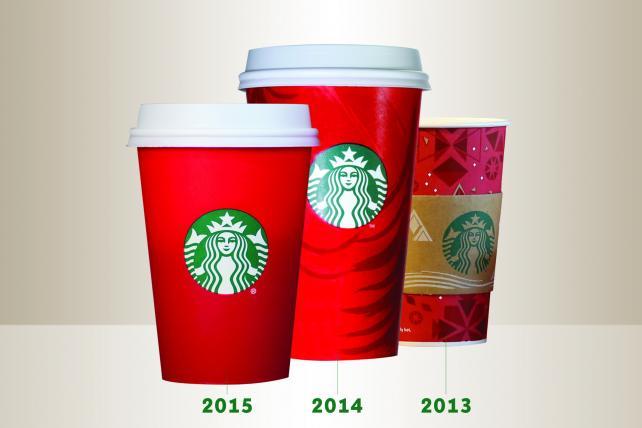 Starbucks is dealing with the decision to go with a fashion trend rather than a traditional approach for its annual red cups this holiday season.

This year the red cups, which debuted Nov. 1, feature an ombre design in which the hue deepens from top to bottom. The cups and messages about them even got their own emoji in messages with the phrase #RedCup or #RedCups.

Despite a strong dose of annual fanfare, some people pushed back with what might be called fan ire. They suggested that Starbucks was waging a war on Christmas by leaving ornaments, Christmas trees or other displays of holiday cheer off of the cups. Some people took to Twitter using #MerryChristmasStarbucks or suggested people say their name was Merry Christmas to get it written on the cup.

Others found the anti-Starbucks effort over the top.

Starbucks, which declined an interview on the matter, posted more details about the cup design on Sunday. "In the past, we have told stories with our holiday cups designs," Jeffrey Fields, VP-design and content, said in the Nov. 8 post. "This year we wanted to usher in the holidays with a purity of design that welcomes all of our stories."

Starbucks has distributed the red cups annually since 1997. In some past years, the red cups have taken a more traditional approach. The 2013 cup, for example, was described as "inspired by iconic holiday imagery" such as coffee farms, holly berries and coffee cherries, coffee flowers and poinsettias. The Seattle-based coffee giant said it saw this year's design as a sort of "blank canvas" its customers could decorate, much as they did in a 2014 contest for its white cups.

"Our core values as a company are to create a culture of belonging, inclusion and diversity. Each year during the holidays we aim to bring our customers an experience that inspires the spirit of the season and we will continue to embrace and welcome customers from all backgrounds and religions in our stores around the world," Starbucks said in a statement Monday.

It's not the first time Starbucks has had some cup controversy. In March, its Race Together campaign -- meant to prompt conversations about race relations -- met its own backlash. 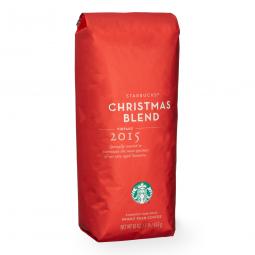 Even Candace Cameron Bure, best known as D.J. Tanner on "Full House" and now one of the hosts of "The View" talk show, weighed in. In an Instagram post Monday, she included lines such as "A Santa, a snowflake, some holly, a polar bear, some jingle bells or plain red cup don't define Christmas for me as a Christian."

Before the controversy became somewhat heated, at least one other brand even tried to weigh in with celebratory comments.