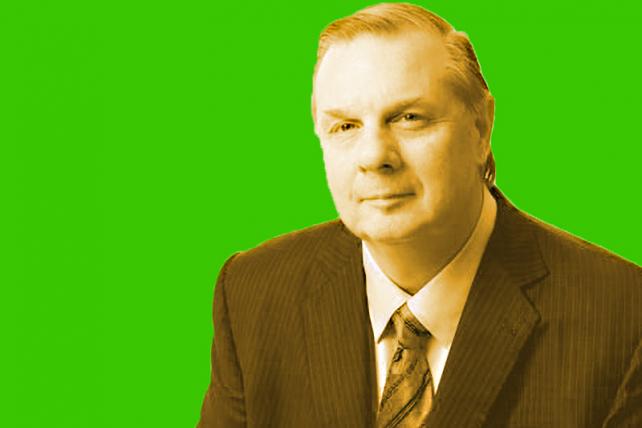 Roger Mader, co-founder and managing partner of strategic marketing agency Ampersand, is Subway's acting CMO as the company continues to search for a permanent global CMO, Subway said in a statement.

Subway worked with Ampersand and Mader in 2014 and 2015 on its strategic planning and transformation effort.

Tripodi led marketing at during a tenuous time for Subway, the third-largest U.S. restaurant chain by sales and the largest based on the number of locations. He joined the privately-held chain in late 2015 after serving as Coca-Cola's chief marketing and commercial officer. At Subway, Tripodi filled the CMO role left vacant after the departure of Tony Pace. He joined soon after the death of co-founder Fred DeLuca and just as Subway was trying to move past its ties to former pitchman Jared Fogle.

Tripodi was a bit outspoken in an interview with Marketing Week in which he announced his departure. "This was one of the most challenging jobs I've ever had because it was a privately held company that had lived in a little bit of isolation for many years, so I had to drive some significant transformation," Tripodi said, according to the report published Jan. 9.

Subway's sales fell each year from 2014 through 2017, according to external data (privately-held Subway doesn't disclose its sales). In September 2018, Subway's chief advertising officer gave a positive assessment of results, suggesting the chain was once again growing, but results have not been released.

Subway picked BBDO as its agency in 2015, before Tripodi's arrival and soon after Fogle said he would plead guilty to possessing child pornography and for paying for sex with minors. (He is serving a 15-year, 8-month sentence.)

But BBDO's work didn't cut it for Subway. In 2016, the sandwich chain gave most of its creative business back to former incumbent MMB after working with BBDO for about a year. Then, in December 2017, a team called The Franchise at Dentsu Aegis Network dedicated to Subway won the chain's creative and media business. Days later, Karlin Linhardt, Subway's North American senior marketing VP, left after just eight months on the job as media reports suggested franchisees were upset about a $4.99 Footlong deal eating into their profits.

Creative work from the Dentsu team kicked off in February 2018, with a "Make It What You Want" slogan. "We've seen our business turn positive," Chief Advertising Officer Chris Carroll told Ad Age in September. "We've had some tough years but we feel good that we've got the business turning north again," he said at that time. Later in 2018, Subway said sales at remodeled locations (650 and counting) were up around 10 percent.