Fitbit is getting into the kids biz, JetBlue has a new marketing leader and Powerade has a new campaign. But first, we look at how Taco Bell's new fries are shaking up the fast food wars.

Taco Bell fans clearly answer "yes" to the question "Do you want fries with that?" Nacho Fries are now being hailed as the chain's most successful launch to date, even bigger than Doritos Locos Tacos. Taco Bell is touting figures to back up the claim, saying it has sold more than 53 million orders of Nacho Fries iun the first five weeks after their Jan. 25 debut, and that more than one-third of all orders since the fries came out have included them. That 53 million tops an undisclosed number of orders of Doritos Locos Tacos in its first five weeks, Taco Bell says. 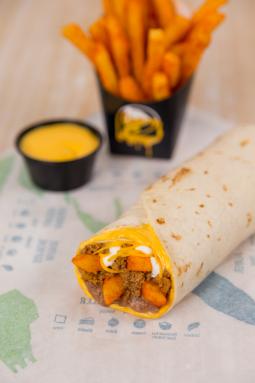 Taco Bell patrons bought 100 million Doritos Locos Tacos in the first 10 weeks after their March 2012 introduction, Ad Age reported in September 2013. By April 2013, that figure had topped 375 million, according to Taco Bell, making them (then) the chain's most successful product launch. But ordering one or more of those tacos likely meant patrons weren't ordering as many other main dishes. Nacho Fries are more of a lift to orders, with people buying a taco, for example, and adding the fries on the side.

In any case, Nacho Fries are clearly a big boost for Taco Bell, which says it has already served 9 million pounds of potatoes and 600,000 gallons of Nacho Cheese. The fries, which can also be "hack" ordered to be added to other items for 49 cents, are backed by a "Web of Fries" movie-style campaign from Deutsch starring Josh Duhamel. For now, Nacho Fries are only on the menu through early April. We bet they either become a permanent addition or come back often as a limited-time offer. After all, a year after Nacho Cheese Doritos Locos tacos came the Cool Ranch version. A Fiery variety followed in August.

The kids are alright

Fitbit is pushing fitness for the whole family. Earlier this week, the 11-year-old company announced the Fitbit Ace, a $99.95 health tracker wristband made just for kids. Fitbit says parents can monitor their kids' connections through a family app. The device will be available in the second quarter of this year.

Google is where it's at

Google's dominance in shopping ads is on the rise, according to a new report from Adthena, a London-based analyst of AI and machine-learning search. The company, which just announced it will open a U.S. headquarters in Austin, found that Google shopping ads comprised 80 percent of all retail search spend of U.S. and U.K. advertisers in the first quarter of 2018. U.S. fashion and apparel marketers were the biggest users of Google's "product listing ads."

Coca-Cola's Powerade has an answer to Pepsi's Uncle Drew. The sports drink brand this week is out with a new ad starring an elderly man fantasizing about having a mean crossover basketball dribble back in the day. It's part of a new campaign by Wieden & Kennedy Portland called "That's Some Kind of Power" that dramatizes over-the-top athletic feats that might have occured yesteryear, had Powerade been around. PepsiCo's Uncle Drew character is an aging hoopster who is still pretty vicious on the court. Powerade's new ads, set to air during March Madness, come amid sluggish sports drink sales trends. Coca-Cola's dollar sales on sports drinks fell 5.7 percent in the year ending Feb. 24, while PepsiCo's sales (Gatorade) dropped 4.4 percent, according to a Wells Fargo report citing Nielsen.

Kraft Heinz has enlisted the help of Houston Texans teammates Deshaun Watson and Deandre Hopkins to hype Just Crack An Egg, its new breakfast-in-a-cup line. The NFL players' passing and catching skills are shown as they toss an egg in a kitchen and elsewhere. The product itself is barely seen in the spot, produced by Olson Engage, which lasts longer than it takes to prepare the product in the microwave. 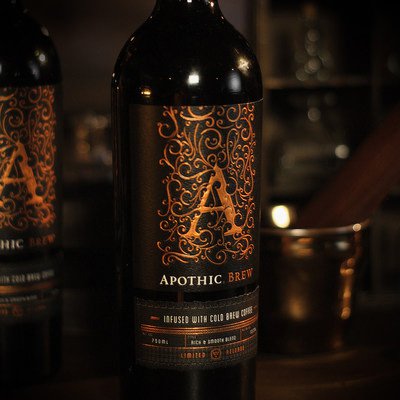 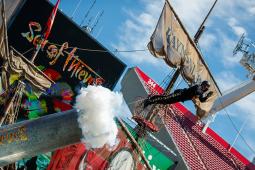 195: Number of feet David "The Bullet" Smith traveled in the air as a human cannonball in a marketing stunt for Xbox's new "Sea of Thieves" game. The launch, occuring at Tampa Bay's Raymond James Stadium, broke the Guinness World Records mark for the greatest distance traveled by a human cannonball (193.8 feet, also set by Smith).

JetBlue Airways is staffing up its communications and marketing department. The airline promoted Doug McGraw to VP for corporate communications after three years as director of that department. Elizabeth Windram was also promoted, to VP of marketing from director of brand and advertising. She's now tasked with leading JetBlue's brand strategy by overseeing content, social media, loyalty and advertising.