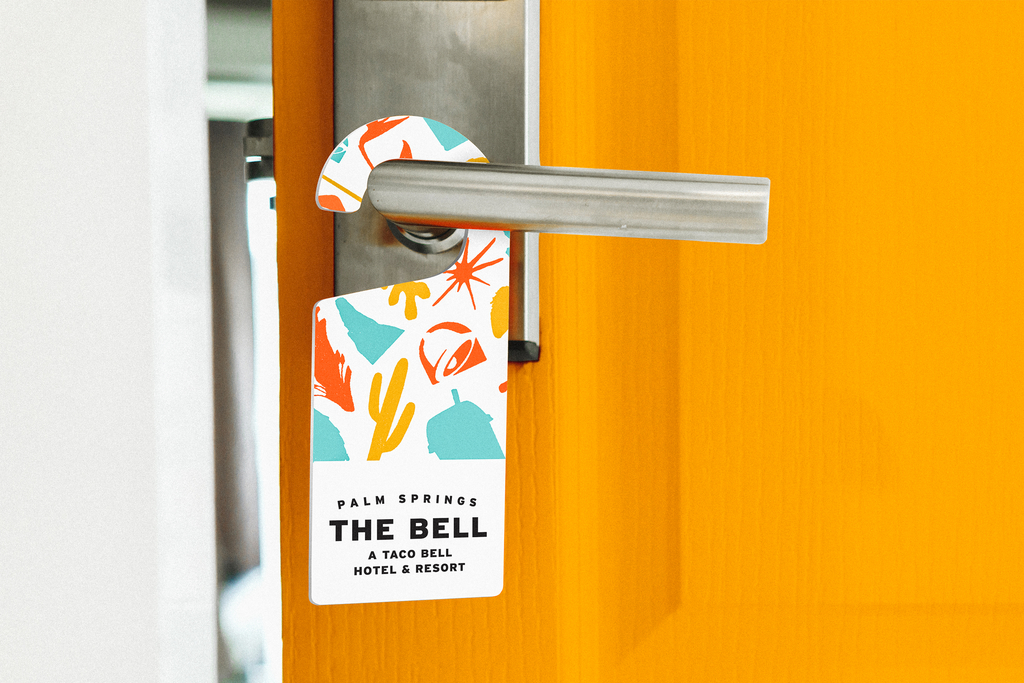 Taco Bell has a summer getaway plan for its biggest fans, as it plans to open a Palm Springs hotel where seemingly every detail is based on the brand.

“From check-in to check-out, The Bell: A Taco Bell Hotel and Resort reimagines what a hotel stay can be, unveiling a destination inspired by tacos and fueled by fans,” the chain said.

Unlike any other hotel in Palm Springs—or anywhere else—the rooms, food and cocktails will be Taco Bell-themed. There’s going to be a salon where guests can get Taco Bell-inspired nail art and hairstyles. And, of course, there will be a gift shop.

The hotel is the latest push by Taco Bell to try to differentiate itself from other fast feeders beyond offering limited-time items such as Nacho Fries, which were promoted with movie trailer-inspired campaigns. The Yum Brands Inc. chain is eager to further cement its brand into the minds of its fans. We're not talking about the people who occasionally hit the drive-thru for a taco or chalupa, and have helped the chain retain its spot as the No. 4 restaurant in the United States. This is meant for those dedicated fans who might already sport a Taco Bell-inspired tattoo, or at least wear a bikini or swim trunks emblazoned with images of the chain’s various sauce packets while they relax on a hot sauce packet-inspired pool float.

The hotel is set to begin taking reservations in June and opens Aug. 9. It’s only open to guests who are at least 18 years old and will only be open for a limited time. Details such as pricing weren’t immediately available. It’s not even clear yet where in Palm Springs the hotel will be. The southern California desert destination is about 100 miles from the Mexican chain’s Irvine, California, headquarters.

“The Bell stands to be the biggest expression of the Taco Bell lifestyle to date. It will be fun, colorful, flavorful and filled with more than what our fans might expect,” Chief Global Brand Officer Marisa Thalberg said in a statement.