Ten Things You Should Know About Sergio Zyman

Sergio Zyman, the polarizing former Coca-Cola marketer, is steering marketing at JC Penney in the wake of CEO Ron Johnson's departure. Best-known for the role he played in the marketing disaster that was New Coke, Mr. Zyman served two stints at Coca-Cola, from 1979 to 1986 and from 1993 to 1998. But that short-lived experiment overshadows some big successes, such as popular ad campaigns "Coke Is It!" and "Always Coca-Cola." He also helped grow brands that have worked for the beverage diet, such as Diet Coke and Cherry Coke.

While Mr. Zyman has been a prominent player in marketing circles for nearly 35 years, he's laid low recently, concentrating on speaking engagements and consulting. So we compiled this list to offer some clues into his business style -- and where JC Penney's marketing might be going. If history is to be repeated, we can expect lots of intense meetings, a plethora of agencies and a ton of potential for big successes and, possibly, big flops. And maybe Julie Roehm?

1. He's got a fiery personality. At one time he was called the "enfant terrible of marketing" and dubbed the "Aya-Cola" because of his intense management style and fierce temper. 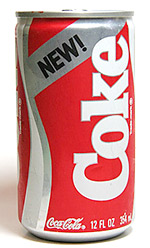 New Coke can
2. Eleven days after the introduction of New Coke, Mr. Zyman was already working on the return of the old Coke. He brought his team together in Monte Carlo, where he was giving a speech, so that he wouldn't be caught working on the reversal in the States. The brand tried Coca-Cola Original, Coca-Cola No. 1 and just plain Coke, before settling on Coca-Cola Classic. Mr. Zyman has kept all the mockups to this day.

3. He's known to shake up agency relationships. During his second tenure at Coca-Cola, Mr. Zyman remade the company's ad agency roster, expanding the list to more than two dozen shops worldwide, including both global giants and smaller independents. He also broke with convention, ousting McCann Erickson, at one point, in favor of Creative Artists Agency.

4. Mr. Zyman is of Mexican Jewish heritage and was born in Mexico City. He played a role in the political marketing strategy that resulted in the election of former Mexican President Vicente Fox.

5. JC Penney isn't the first marketer to call upon him in the absence of a top marketer. Around 2004, Mr. Zyman took over as an outsourced CMO of ConAgra, which was struggling at the time. He helped to orchestrate a reorganization of the company's marketing ranks-riling many of the old guard-and was responsible for placing several of the company's brands with Leo Burnett.

6. You can find him on Amazon. He's an author of several business books on branding, emotional marketing and innovation. 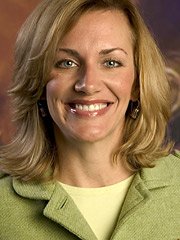 Julie Roehm
8. When the Walmart-Julie Roehm scandal broke, Mr. Zyman, who had never met Ms. Roehm before, flew to Bentonville that week to offer her counsel. "Wal-Mart wanted to wear a pair of high heels, and Julie was high heels," Mr. Zyman told Fast Company at the time. "When they put on the high heels, they said, 'No, this is too difficult to me, my feet hurt.' Then the high heels became the problem."

9. Time magazine once named him one of the three great pitchmen of the 20th Century.

10. Until joining JC Penney, Mr. Zyman had been residing in Florida where he served as a private adviser to a few CEOs and, as he told Ad Age in 2011, he was "trying to fix" his "damn golf game."