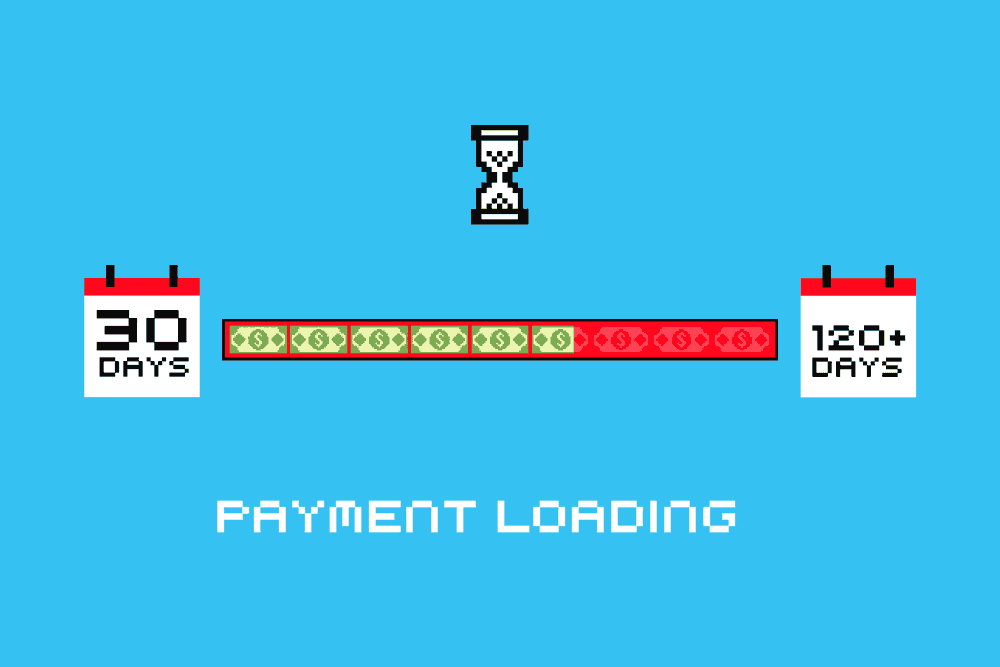 Relations between marketers and agencies were already contentious, but they’re getting worse as the pandemic drags on. Even well-heeled marketers are pushing for longer payment terms, and some agencies are pushing the transparency envelope to hold on to cash or make money outside normal fees.

It may seem logical that marketers hit hard by the pandemic might seek longer payment terms from agencies in some cases. But others that have come out relatively unscathed also are pushing ahead with plans to extend terms to 120 days and beyond, according to 4A’s CEO Marla Kaplowitz.

While Kaplowitz says she’s opted against “naming and shaming,” she sees the push for longer terms at odds with corporate social responsibility stances marketers espouse. During the pandemic, a lot of companies have been talking about corporate social responsibility “and what they’re doing for humanity, and donations,” Kaplowitz says. “Yet these are the same companies that are going to agencies and possibly others … and saying we’re going to extend terms.”

Media consultants, meanwhile, report agencies are pushing harder to do controversial principal deals to resell at substantial markups media inventory whose value has been depressed by the crisis. And some agencies outside the U.S. are holding on tight to money they owe clients, they say.

Now, nearly six months into 2020, it’s common for agencies holding rebate or “agency volume bonus” (AVB) money they’re required to pass through to marketers, to still not have not paid money not only from 2019 but even back to 2018, consultants say.

That’s happening almost entirely outside the U.S. But it’s a big enough pool of money that Stephen Broderick, CEO of FirmDecisions, a media consulting and auditing arm of Ebiquity, has suggested marketers that need quick cash to offset budget cuts consider offering to take less than they’re owed in return for immediate payment.

The push to extend payments

Lengthening payment terms long have been a fact of life for agencies, and that’s not going to change. A study by the Association of National Advertisers released in March found 29 percent of companies plan to change payment terms this year—most likely making them longer.

Overall, that study found mean payment time ranged from 41.3 days for broadcast networks to 58.1 days for agencies and 59.9 days for research companies.

The boldest proposal on payment terms to date has been 360 days, according to people familiar with the matter, though one person characterized it as an “opening position” in negotiations the marketer likely didn’t expect to be taken seriously. Another person cites a case where a new procurement executive for a large marketer, “trying to make a name for themselves,” threatened to fire an existing agency if it didn’t accept 360-day terms—something the agency refused.

The ANA report notes that celebrity talent almost always gets paid in full upon signing. Influencers have less clout, but more are requiring at least partial payment in advance. And research firms are at the bottom rung because, as one ANA respondent put it, “There’s a bigger pool of suppliers than you might think.”

The same power dynamics work on the marketer side. The nation’s biggest advertiser, Procter & Gamble Co., set 75 days as its standard in 2014, but has been pushing boundaries further since. The company now pays agencies and other suppliers on terms ranging from 75 to 120 days, a spokeswoman says. Some shops signing new or renewal contracts that had been paid on 90-day terms expect to settle on 120 in new deals. P&G currently is considering expedited payments on a case-by-case basis based on the size and business circumstances of companies involved, the spokeswoman says.

Packaged-goods players are among the most aggressive pursuers of slower terms. RB (Reckitt Benckiser), Coty, Unilever and Anheuser-Busch InBev stand out, say several people familiar with the industry. Most of these companies are flush with cash, and at least P&G, RB and to some extent Unilever have seen sales increase during the pandemic.

Unilever in March said it was offering more than $500 million in “cash flow relief” that includes “early payment for our most vulnerable small and medium-sized suppliers.” But a Unilever spokeswoman declined to say whether those early payments had been given to any marketing services firms or comment on reports from people familiar with the matter that it has been pushing agencies for terms up to 120 days. An RB spokeswoman says the company generally has terms to pay between 30 and 90 days.

Neither Coty nor AB InBev responded to a request for comment.

The payments issue is serious enough that VoxComm, a recently formed confederation of about a dozen global agency associations from North America (including the 4A’s), Europe, Asia and Latin America, has taken it up as its first global project.

4A’s chief Kaplowitz says some agencies are extending terms by a month for cash-strapped clients, but the group advises they get such arrangements in writing to avoid a repeat of “temporary” Great Recession concessions that turned permanent.

“But then we also started hearing about companies, and I’m talking about large Fortune 100 companies, extending terms to 120 days,” Kaplowitz says, or in some cases as long as 180. “And these are companies that don’t have liquidity issues.”

While it may seem pointless for cash-flush companies to keep lengthening payment terms, everything that improves cash flow can improve stock prices. Many analysts base company valuations on present value of future projected cash flow.

But Kaplowitz says about 75 percent of agency costs tend to be for people, “so it really is a negative trickle-down effect.” The complexity of navigating and financing extended payment terms also adds to non-
creative agency overhead costs that marketers say they’re trying to eliminate, Kaplowitz says. The continued push for longer payment terms comes as some big marketers are increasing their use of smaller independents.

Kaplowitz likes to note that “agencies are not banks.” Yet agency holding companies generally aren’t thinly capitalized, either. Publicis Groupe, for example, has tapped into more than $4 billion in credit facilities, bringing cash on hand close to $5 billion.

And agencies may not be innocent victims. People familiar with the matter say Dentsu Aegis Network has won some business in recent years in part by volunteering for lengthier payment terms, made easier by the low cost of money in Japan. A Dentsu spokeswoman says the agency is based in London and doesn’t get cash from Japan, “so that’s not accurate.”

Even if an agency consents to 120-day terms, that doesn’t necessarily mean waiting that long for cash, given the availability of factoring, either directly from clients or third parties, notes one agency executive. About 20 percent of marketers in the ANA survey offer faster payment in return for a discount. Holding companies generally don’t use short-term receivables financing because they’ve got cash. Smaller agencies and other players more often do—albeit at a cost of 1.5 to 4 percent of the amount financed.

That’s not particularly attractive for production companies, where profit margins range from 4 to 6 percent, says Matt Miller, CEO of the Association of Independent Commercial Producers—among the smallest players in the industry supply chain.

Since the AICP in March called attention to $200 million in late payments faced by members, many accounts have been brought up to date, he says. And some marketers even have expedited payments or agreed to pay more upfront on new projects, given the higher costs of instituting safety measures.

Still, he says payments are a continuous source of friction. It’s common for 50 to 75 percent of a production budget to be paid upfront. But even those “upfront” payments are subject to extended payment terms, requiring “pre-billing” for work and often longer turnaround times.

Agencies try their own tactics

Of course, agencies can be slow to pay, too. Like Broderick, Reyes has heard about rebate pass-through payments by agencies to clients outside the U.S. remain outstanding from 2018. Kaplowitz says reconciling such pass-throughs is complex, so she’s not surprised 2019 money still hasn’t been paid, but doubts any payments from 2018 are still outstanding.

The primary way media agencies are looking to boost revenue in the U.S. market, however, is through “inventory” or “principal” deals, also known as arbitrage, where the agency resells media at a profit, rather than working as agent for the client.

Ebiquity clients on a webinar last month reported hearing a lot of offers for such deals since the pandemic. The problem, says Broderick, is that these deals probably aren’t as attractive as they look. He’s recommending clients demand full transparency about how the media was acquired and at what price, but that agencies routinely resist such disclosures. There’s considerable complexity, he says, given that agencies are acquiring the media based on collective buying power across clients, but only some clients may benefit, and even those may not know by how much. Most principal deals are for instant resale, says Broderick, so he doesn’t buy the argument that agencies deserve big margins because they’re taking risk.

Such deals can be transparent, provided marketers opt in. The reality is that they often don’t do so knowingly, the consultants say. Even in cases where master contracts between agencies and clients prohibit principal deals, Reyes and Broderick say they’re seeing cases where junior marketers unaware of contract details sign off on individual media plans where the fine print allows them to.

The payments and principal issues can be linked. At least one big marketer has actually pushed for principal deals to facilitate longer payments terms that media companies won’t accept but agencies might—for a markup—according to people familiar with such deals.

Kaplowitz says she doesn’t believe agencies are trying to slip principal deals past unwitting clients. “After everything happened a few years ago, people really changed their practices,” she says, “to make sure that it’s all upfront, that it’s incredibly clear, that the client has an understanding of the choice that they are making.”