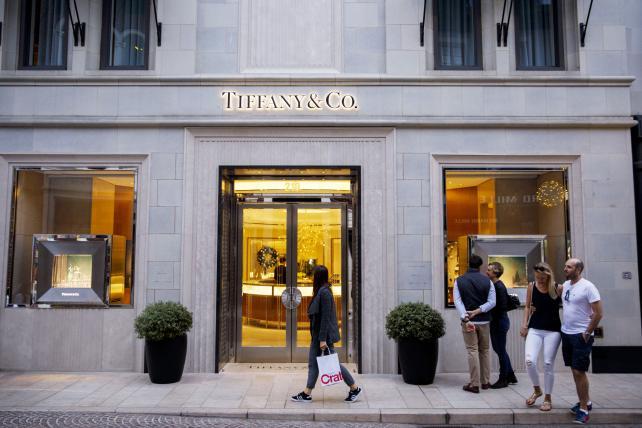 It's the little blue box that could.

After losing traction in recent years with younger consumers eager for more unique jewelry, legacy brand Tiffany & Co. is regaining its luster following successful marketing campaigns, new products and fancy customization programs. On Tuesday, the New York-based retailer reported stellar second-quarter earnings; executives said the company will increase its marketing investment in the second half of the year to continue the sales momentum.

"To amplify an evolved brand message, we have increased marketing spending across a range of media in the second quarter, and spending for the remainder of the year is planned to be well above prior year levels," said Alessandro Bogliolo, who joined Tiffany as chief executive from Diesel last year, on an earnings call Tuesday with analysts.

Tiffany has been attracting consumers with its diverse "Believe" campaigns—"Believe in Love," which debuted last year and featured interracial and same-sex couples, and "Believe in Dreams," with younger celebrities such as Elle Fanning and Maddie Ziegler. The company also unveiled a café in its iconic New York City flagship, and plans to renovate the entire store next spring. In addition, it has expanded its Make It My Tiffany program, where customers create their own designs, into more than 100 stores. A "whimsical holiday campaign" is planned for later this year, Bogliolo said.

He noted that the recent "Believe" campaigns are "a very effective language message to attract new customers," though he added that Tiffany is also luring back previously loyal shoppers who have not recently frequented the brand. "We have a lot of existing customers that were a bit lapsed, a bit silent in the last few years, but thanks to the new messaging, have come back," he said on the call.

Analysts were cheered by the sales results and marketing plans.

"We have conviction that a combination of new product launches, advanced and transformative marketing programs, and a modernized approach to stores and customer service is leading to healthier traffic," wrote Oliver Chen, a retail analyst at Cowen & Co., in a research note, adding that he expects positive momentum to continue.