Marketer's Brief: Why Toys 'R' Us is auctioning 'sex-toys-r-us.com'

Agencies are obsessed with Cannes, but do marketers care? That's the debate every June. For Anheuser Busch InBev, the answer is a definite yes. Basking in Dilly Dilly pop-culture glory, the brewer has high hopes for winning a few Lions. Find out more below. But first, we start with a Toys 'R' Us web domain fire sale. 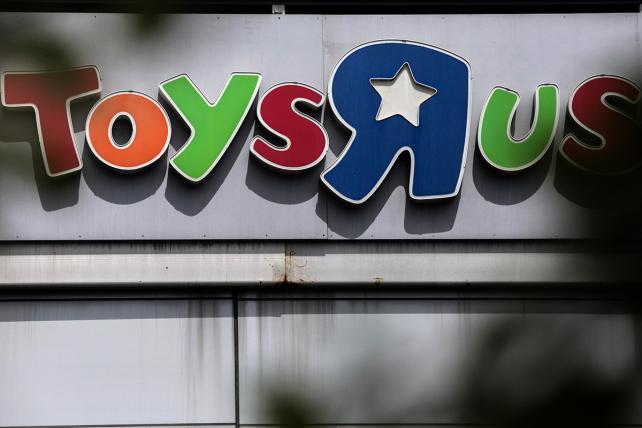 Toys 'R' Us is putting "sex-toys-r-us.com" on the auction block, Reuters reports. Not that the bankrupt chain ever used it, but because it's among hundreds of website addresses it controlled that it's now selling as it ends its business and closes stores. As Reuters points out, companies register names like these to protect from other people using them. The chain is also putting its Geoffrey the Giraffe mascot out for auction.

Kimberly-Clark Corp., which began a global creative review in March, also has issued a request for proposal for a North American review involving an "intimate care" brand. K-C and agencies involved declined to provide details, but it appears to involve five existing and potentially new-to-the-roster shops. "Kimberly-Clark regularly reviews our agency relationships, global and local, to ensure that we remain in touch with the latest capabilities," a spokesman says.

Revlon brings some digital in-house to save money

Revlon, which is looking for a global media agency after WPP's Mediacom resigned the account last month, has brought some digital duties in house. "We are developing digital assets internally inside the company, which is much faster and much less expensive than using outside agencies," Executive Chairman Paul Meister said on a conference call last week. WPP's Grey handles other creative duties on Revlon.

Investment firm 3G Capital is known more for ruthless cost-cutting than creativity. But by winning Cannes Marketer of the Year in 2017, 3G-affiliated Burger King helped the firm overcome at least some of that perception.

Now Anheuser-Busch InBev, whose board includes 3G partners, wants it shot. "We have been raising the bar of our creativity big time so we have a record amount of submissions to Cannes this year," says Marcel Marcondes, the brewer's U.S. marketing VP, who cited Bud Light's viral "Dilly Dilly" campaign as one entry. In a trial run, the brewer holds its own Cannes-like contest internally, using an outside jury, he says.

This Bud's for whoever earns it 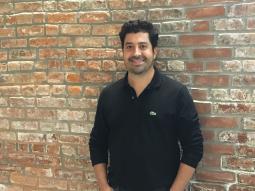 Before Marcondes departs for France, he plans to huddle with all of his agencies in New York for the brewer's first-ever agency summit, from PR to creative. "It's all about strengthening our relationships, talking about all the challenges we have together," he says. Marcondes says he prefers having a small number of creative shops on each brand, rather than a single AOR or divvying up a bunch of project work. The brewer is using that model for Budweiser in the U.S., where VaynerMedia, David and Mosaic have all been called on of late. As for who gets assignments, "it's all about earning it," he says. Of course, Wieden & Kennedy commands almost all Bud Light work after the brand cut ties with Laundry Service and consolidated social with the shop earlier this year.

This job is a joke: Laffy Taffy is looking for a chief laugh officer. The candy brand teamed up with Nick Cannon in its search. Applicants need to submit short stand-up clips and Laffy Taffy jokes. The winner gets $10,000. So, yes, it's not exactly a full-time salary, and it's clearly a marketing stunt. Still, it tops the $5,000 (and year's supply of donuts) available to the person who becomes Entenmann's chief donut officer. Both of those gigs come weeks after Moe's Southwest Grill began searching for a chief taco officer in a deal with Monster.com. The CTO must introduce patrons to the chain's new Three Amigos Tacos during a Taco Tour in June. No word on salary, but one of these three people will certainly get plenty of tacos.

Blue Apron tries to think outside the box

Blue Apron has cooked up a few ideas to try to get more people to buy more of its meal kits. It's opening a short-term retail location in New York and doing pop-ups elsewhere. And soon, it will sell meals based on six of Chrissy Teigen's recipes. Blue Apron says it's focused on "expanding its product offerings to serve more cooking occasions, deepen its engagement with customers and communities, and extend the reach of its brand to more households." Our take: Blue Apron needs to do whatever it can to rebound. First-quarter revenue fell 20 percent after Blue Apron deliberately pulled back on marketing in late 2017. Its stock is trading at about $2.50 per share. Oh, and competitor HelloFresh just announced it's now the market leader in the U.S. 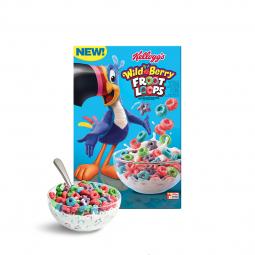 Does the world need another Froot Loops flavor? Kellogg's thinks so. New Wild Berry Froot Loops, the brand's first new flavor in a decade, includes a purple star shape and a "berry-inspired" mix of red, blue and green loops.

9.7 percent: The percentage of eating occasions in which organic foods or beverages are consumed, up from 7.5 percent three years ago, according to NPD's new National Eating Trends report.

With the Supreme Court's ruling today, Krusty should be able to find more places to bet on us. We ARE due! pic.twitter.com/SJx3uAi98W

Liquor marketer Brown-Forman made a series of organizational moves on Wednesday, including promoting John Hayes to senior VP of USA and Canada. He was previously senior VP and CMO for all brands except Jack Daniel's. Mark McCallum, who had been overseeing Jack Daniel's as president, chief operating officer and CMO, was promoted to executive VP-chief brands officer, overseeing all global brands.

Hostess Brands CMO Burke Raine left to join Conagra Brands on April 30 as VP and general manager, snacks and sweet treats. Hostess says it has not yet named a replacement for Raine, who had been at the Twinkies maker since 2016.

Spence Diamonds has its first-ever CMO. The Vancouver retailer, which expanded to the U.S. two years ago, has recruited Frank Hamlin, formerly exec VP-CMO at Tailored Brands, for the new role. The company says it's increasing its marketing investment to drive growth here.