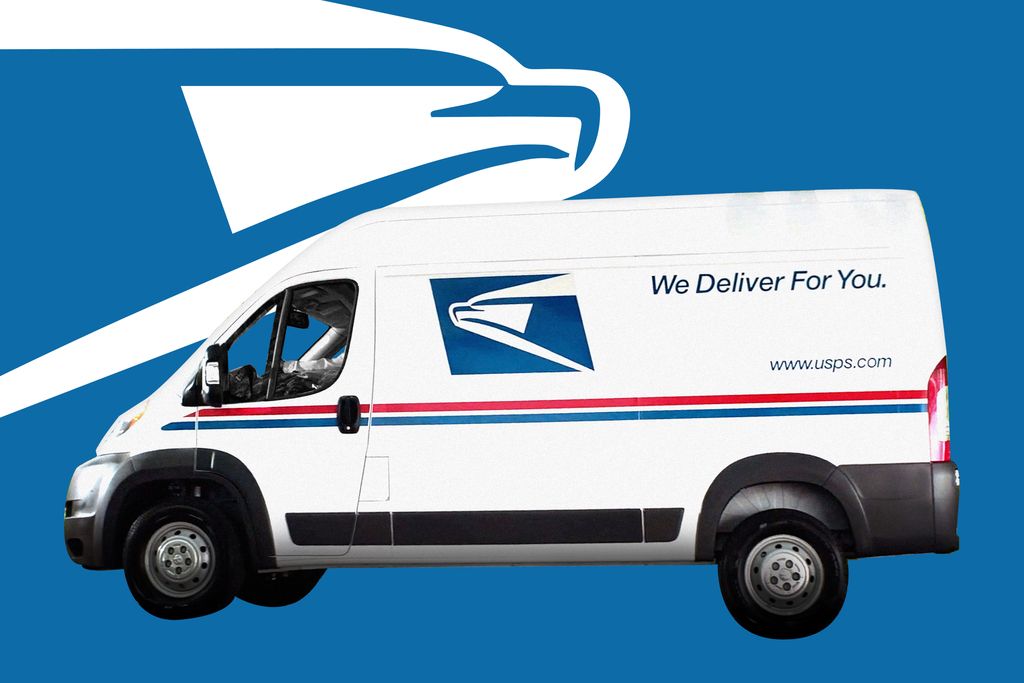 It's been called antiquated and inefficient, and maligned with terms like "going postal." And now President Trump has publicly charged that the United States Postal Service is ill-equipped to handle the projected increase in mail-in voting and that will result in voter fraud.

The USPS is fighting back with a new ad campaign from McCann Worldgroup meant to boost trust among citizens that runs through Election Day. The push, first reported by the Wall Street Journal, is meant to encourage early voting and inspire confidence in the agency despite its relentlessly dwindling finances (the USPS still believes it could run out of cash by the end of 2021). The TV, print, radio and direct mail effort is an extension of its “Certainty” campaign that began airing in April, aiming to give customers peace of mind during the coronavirus pandemic.

The “Ballot” TV ad has aired more than 400 times in a little over a week since it has been live, garnering around 144 million TV impressions with an estimated spend of more than $1.4 million, according to analytics firm iSpot.tv.

Support for the USPS is also flooding in from a number of other fronts. Online retailers, whose businesses significantly depend on the postal service, started a $2 million campaign to promote it, while celebrities like Tom Hanks and Taylor Swift have championed it. The general public is sharing “Save the Post Office” memes and buying up its copious online merchandise like crop tops and beach towels.

Still, the postal service has taken its share of knocks over the years ("the check is in the mail") and has proven skilled at using advertising to tackle challenges as they come—successfully, it seems, given studies finding that the USPS is consistently viewed favorably by the majority of Americans.

We look back at the times when the USPS has used advertising to change or advance the narrative, ever since ZIP codes became a thing in 1963 (we'd love to go all the way back to when the agency was formed in 1775, but digital records only go back so far).

In the groovy decade, back when the USPS was the U.S. Post Office Department, the agency faced a real challenge with the growing number of Americans using its services. There were simply far too many people in large cities to efficiently deliver mail without an automated sorting system. It found its answer in the Zone Improvement Plan (ZIP) Code. It then had to teach everyone in the country on how to use them, and Americans weren’t thrilled about it—even when there were only five numbers.

In 1963, the department hired Harold Wilcox from advertising agency Cunningham and Walsh, a leading agency in its day, to design a cartoon figure called Mr. ZIP as a trademark for the ZIP code. “Mr. ZIP” appeared in ads and promotional materials called “Mr. ZIP and the 5 little digits." There were also Mrs. ZIP beauty pageants, a parade and a national ZIP Code Week. AT&T distributed information kits, and Mr. ZIP ads which also promoted the phone book’s Yellow Pages, according to the Smithsonian National Postal Museum.

There was even a variety TV show with a group called the “Swingin’ Six,” who sang in rhymes and acted out sketches meant to educate Americans about the new mailing code. “There’s been a mail explosion,” sings the group in high-pitched tones as they clap and dance along in one video. “They’ve got a terrible load! You’ve got to help them right away before the U.S. Post office explodes!” Perhaps it’s best the USPS ditched these musical acts.

By 1965, only half of American households were using ZIP codes, so the post office enlisted the help of The Advertising Council, which worked with Wunderman, Ricotta and Kline to volunteer creative and designs for print and broadcast. The campaign finally worked; a report from Ira Kapenstein, Special Assistant to the Postmaster General for Public Information, found that in 1967, some 63 percent of mail used ZIP codes, whereas only a year before, only 44 percent of mail used them, according to the Smithsonian National Postal Museum. 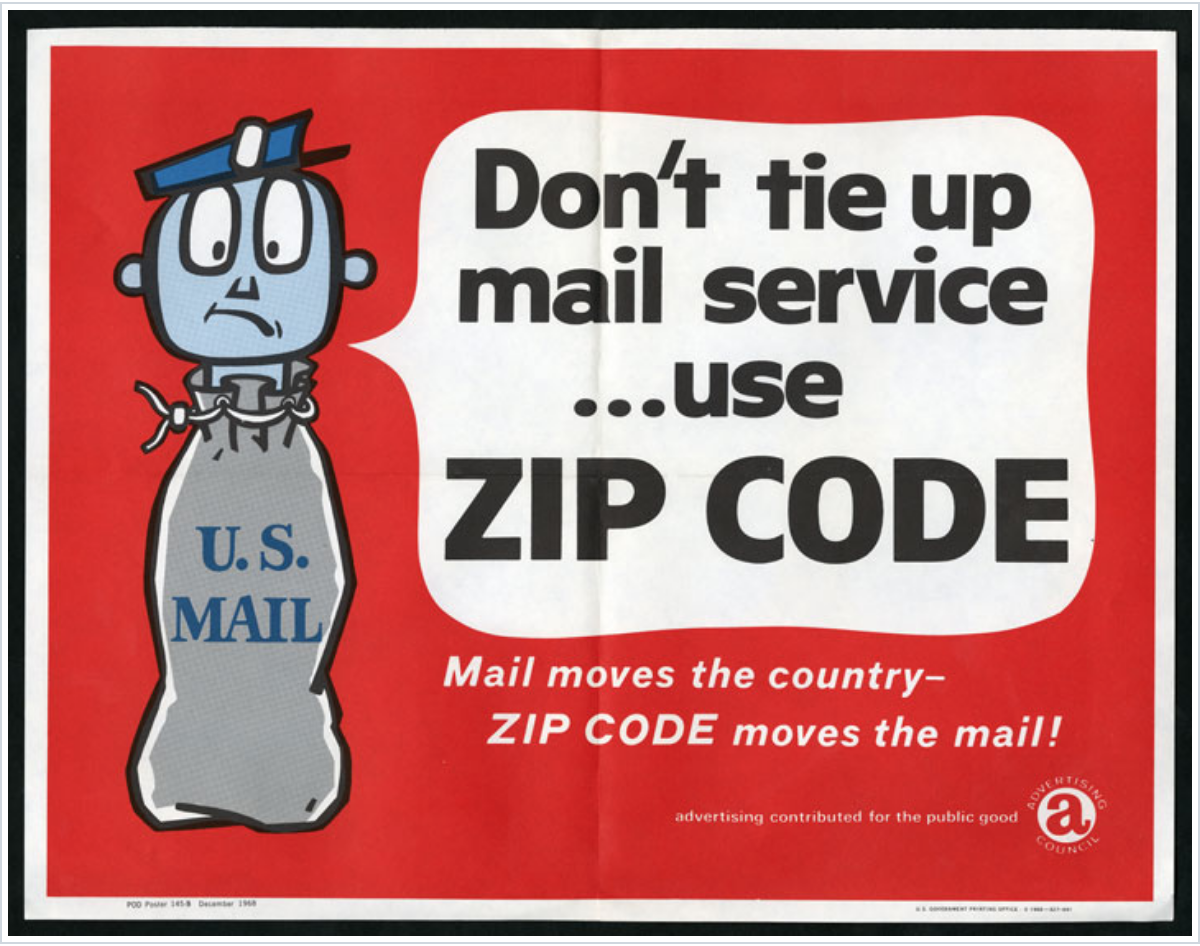 An advertisement promoting the use of ZIP codes with Mr. ZIP.

Post office ads were difficult to find online in the internet nascent 1980s, likely only existing in film reels in a dusty mailroom somewhere (insert aforementioned lost in mail joke). Mr. ZIP was retired as people across the country began using ZIP codes regularly. Even in 1983, when the ZIP+4 zoning system was introduced, the Postal Service didn’t see a reason to launch a new campaign. However, there are some ads to be found on YouTube with speculated dates.

A long-running campaign for the USPS encouraged Americans to mail Christmas packages early (proof that the USPS has long dealt with backlogged items during major events and not just during presidential elections). One, claiming a 1977 air date, features a young comedian Robert Klein, along with other celebrities including comedians Rose Marie and Milton Berle along with tennis pro (and famed chauvinist) Bobby Riggs, encouraging people to start mailing gifts now so they don’t miss Christmas.

Also in the '70s, the USPS saw its largest-ever strike when more than 200,000 postal workers protested for better pay and safer working conditions. The service got some airtime when then-President Richard Nixon broadcast that he was sending in the troops to manage the service, agreeing that postal service employees were underpaid. In 1970, the American Postal Workers Union was formed. To this day, they are the only federal workers to negotiate their wages through collective bargaining, according to the Washington Post. The Postal Reorganization Act transformed the Post Office Department into the USPS, and the eagle was adopted as its official seal, used in much of its advertising for the next several decades.

Undated ads that appear to be from this era concentrate on the agency’s express services. One promotes USPS’ next day express mail option with antique computers seen in the background. Another signifies the USPS’ growing field of competition and highlights its bald eagle symbol.

Oh, and can’t forget this very '80s “stuck on stamps” spot that aimed to get kids interesting in stamp collecting.

In the 1990s, the USPS had to focus on outshining mounting competition from a growing field of rivals, including FedEx (founded in 1971), DHL (founded in 1969) and the United Parcel Service, which had been around since 1907. There was also the emergence of the worldwide web (The Post Office introduced its first website in 1994) and a brutal opponent to letter writing: Email. Snail mail plummeted.

As such, pricing became an important factor in advertising as packages became the USPS’s main source of revenue. In an ad campaign “We Deliver For You” in the early '90s, the post office highlighted overnight package delivery for only $8.95. A telling factoid: The USPS is still using many of the same trucks (the Grumman Long Life Vehicle or LLVs) in these ads to make deliveries today, 30 years later.

In 1996, several ads focused on “facts” between the major rivals—how many planes and trucks each agency used and the cost for each. The USPS pointed out that it cost $3 for a package sent in two to three days, the cheapest option among competitors. The campaign led FedEx to sue the USPS, claiming the ads were misleading and that the USPS represented itself as a company and not a government entity.

Then there was this gem encouraging people to vote for what should appear on a stamp commemorating the turn of the century.

Along with the September 11 terrorist attacks, the decade began with anthrax scares. Anthrax-laced letters were sent to several newspapers and U.S. senators and induced a widespread panic. Ad Age reported in 2001 that the USPS paused its advertising and mailed anthrax warning postcards to millions of homes across the country to alert people of the risk. It also began using a Biohazard Detection System to detect the substance. At the time, Leo Burnett was handling USPS’ $139 million account. 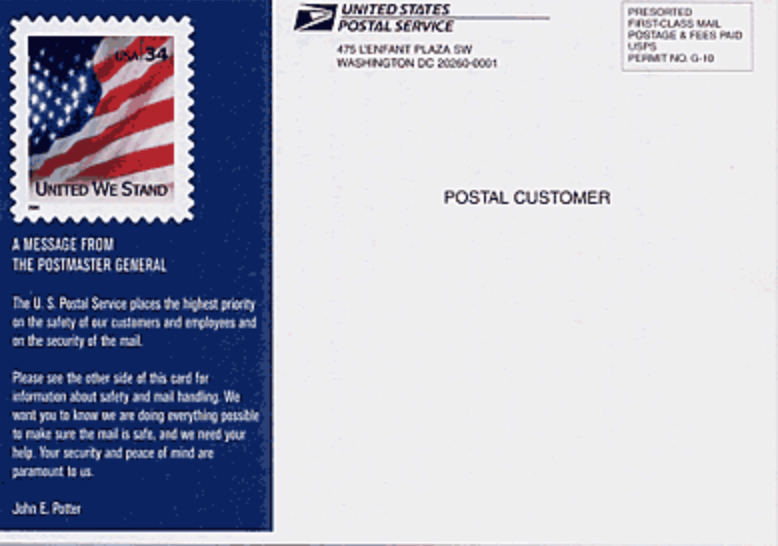 In the early 2000s, USPS continued targeting small businesses in its advertising. A slightly patriotic small business campaign ran in 2001.

During the war on terror, the USPS wanted to show that it was there for its customers. A 2003 holiday ad shows soldiers in Iraq and Afghanistan receiving packages from their loved ones.

Near the end of the decade, the USPS introduced its iPhone app.

It wasn’t long after this 2010 ad, dubbed the “creepy clown doll commercial,” that the USPS began searching for a new ad agency. Coincidence?

The USPS was also facing a challenge of redefining its relevance in the digital age as cellphones and social media networks made connecting and sharing with friends so much faster than thought-out letters. Consumers conveyed their messages in characters in real-time, rather than pages delivered a week later.

Interpublic’s Campbell-Ewald had been handling creative, media and direct marketing for USPS for more than a decade, so the agency put out a call for a new agency, but not before the USPS came out with its 2012 “Service Hacked” ad, which aimed to show the security of mail: “A refrigerator has never been hacked. An online virus has never attacked a cork board. Give your customers the added feeling of security a printed statement or receipt provides.”

It wasn’t until 2013 when the USPS tapped McCann to take on its advertising and media. In one of McCann’s first spots in 2014, the USPS gives into technology and links itself with its cellphone rivals in a campaign called “Because We’re Here: Priority: You.” In a 30-second spot, where people are seen chatting on their phones, USPS says it will text you when your package is on the way because people are so “attached” to their phones and will even deliver packages on Sunday.

It was only two years later, in 2015, that USPS introduced real-time delivery notifications through its app. Then, when online ordering was becoming the norm, a charming holiday spot in 2016 centers on parents ordering a toy set for a little girl who wants a real-life hippopotamus for Christmas.

By 2019, USPS’ jump to embrace technology is fully realized with an ad called “The Future Delivered” which shows all the technology that goes into delivering a package. “The United States Postal Service makes more e-commerce deliveries to homes than anyone else in the country, affordably and on-time,” it states. This as Amazon announces it will launch its own delivery service. The USPS spent $99.7 million on media in 2019, according to Kantar.

So what's next for post office advertising? We don't know, but we're pretty sure it will deliver.