Guns near 'retail irrelevance,' says consultant who thinks Walmart should swap them for dog treats and diapers
READ THIS NEXT
Tesla rival Lucid Motors stalks Elon Musk’s ‘SNL’ appearance with an ad during the show 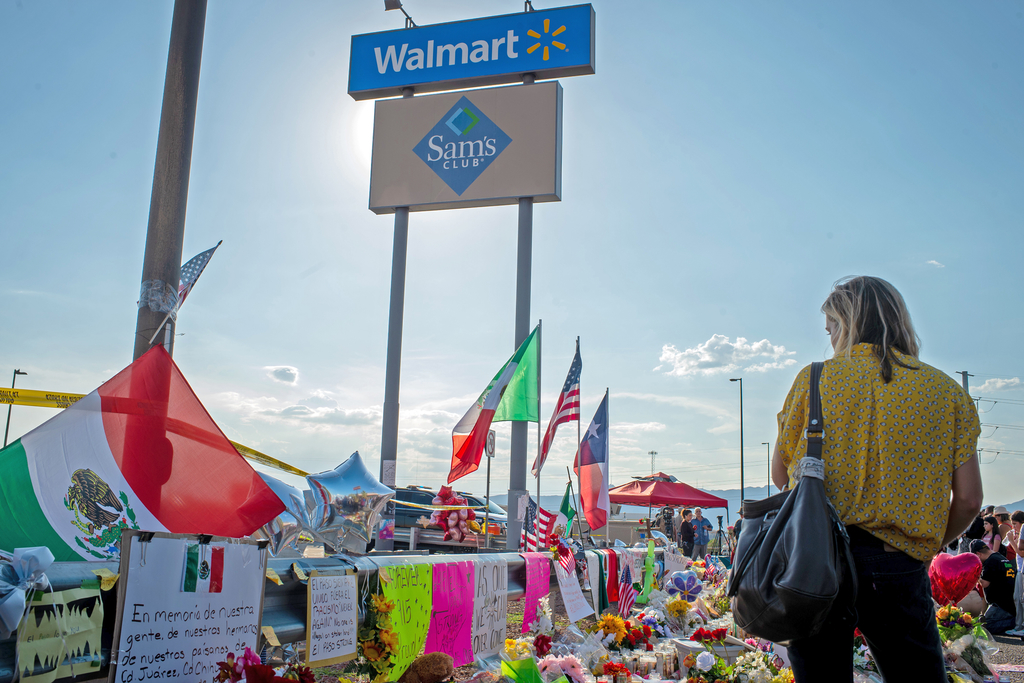 Memorial for victims of a mass shooting at a Walmart store in El Paso, Texas.

Earth’s largest retailer Walmart rarely boasts about relative insignificance in any category. But in the wake of mass killings at its stores in Texas and Mississippi, and further gun incidents at other stores around the country this month, it’s content not being among the top three U.S. gun sellers—and some believe it would grow faster by getting out of the declining business altogether.

“We estimate that we represent about 2 percent of the market for firearms today, which we believe places us outside at least the top three sellers in the industry,” Walmart CEO Doug McMillon said on an earnings call last week. Walmart does have a 20-percent share of ammunition, he said, which is ahead of its 8.9 percent share of overall U.S. consumer spending.

McMillon also noted that Walmart stopped selling handguns everywhere except Alaska in the mid-1990s; stopped selling AR-15s and other military-style rifles in 2015; raised the minimum age to 21 for ammo sales last year; and requires a “green light” on background checks, stricter than the federal three-day waiting period. Walmart also videotapes all gun and ammo transactions, McMillon said (as, indeed, it does most other transactions).

Calls for Walmart to end gun sales have focused largely on the politics of gun violence, including a walkout by 40 Walmart employees earlier this month, primarily at West Coast e-commerce operations, and an employee-led petition drive that has gathered 128,000 signatures. Employees who used corporate Slack and e-mail to organize the walkout had those accounts turned off, but their access was later restored and neither they nor others who walked out will be otherwise disciplined, a spokesman says.

It turns out, they may even have the right idea, from a strictly business standpoint.

McMillon’s numbers suggest quitting guns wouldn’t make much difference to Walmart U.S., amounting to less than $600 million, or under 0.2 percent, of its $332 billion in annual revenue.

One key question is whether goodwill generated from quitting gun sales would outweigh backlash from gun-rights advocates for a retailer that over-indexes in red states. The Walmart spokesman declined to comment.

The answer is unclear, says Burt Flickinger, principal of consultancy Strategic Resource Group. But he believes, beyond the politics, Walmart would be better off without guns from a marketing standpoint.

“Guns are quickly reaching the point of retail irrelevance,” Flickinger says. The category has been declining 8 percent annually, he adds, in a broader sporting-goods business that’s struggled more than any other retail segment in recent years. Walmart already has taken guns out of stores near urban areas, schools and hospitals, Flickinger says, and at this point mainly sells hunting rifles in places where people really do hunt, sometimes “to put food on the table for their families.”

He says space in Walmart stores would be far more profitably used for faster-growing and more-frequently shopped categories such as toys, baby and pet products, where he believes Walmart's departments are undersized and plagued by out-of-stocks.

In pet products, Walmart has relatively small sections that haven’t capitalized on rapid growth, Flickinger says. And he believes Walmart hasn’t done enough to capitalize on the Toys ‘R Us exit in toys and baby products.