Walmart subsidizing some vendors in price war with Amazon

Retailer will lower the price of some third-party items on its site
READ THIS NEXT
Free Budweisers for the vaccinated, and ‘Vax Tee’ from Miller Lite: Trending 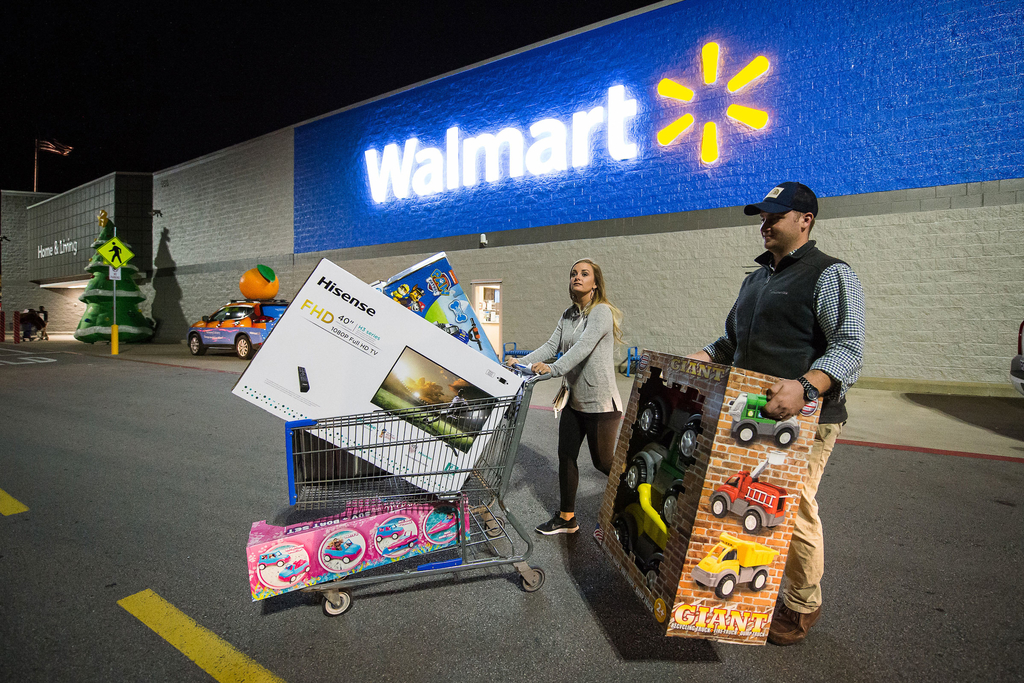 Hold on to your smartphone—the holiday price wars between Walmart Inc. and Amazon are heating up.

Walmart, the world’s largest retailer, has introduced a program to temporarily lower the price consumers pay for some items on its marketplace site, where third-party vendors pay Walmart a fee to list their goods. The merchants selling on the site, however, will still be paid the same amount that was listed before the cuts, with Walmart subsidizing the difference, according to a description of the plan obtained by Bloomberg that was confirmed by a Walmart spokeswoman. The price reductions won’t affect shipping fees.

The move appears to be a response to a program Amazon rolled out over the summer where the e-commerce giant has full control to set prices of third-party products sold on its marketplace -- in return for a minimum payout. Amazon has also come under scrutiny for increasingly leaning on vendors to ensure that their products aren’t offered for a lower price on Walmart.com or any other rival website.

The price war comes as the Federal Trade Commission begins to pry into Amazon’s business practices, interviewing vendors to determine whether the company is using its clout to stifle competition. Amazon controls almost 40% of the U.S. e-commerce market, which is expected to reach $587 billion this year, according to data tracker eMarketer. Amazon hasn’t disclosed any FTC investigation, and has countered that it only controls 4% of the total U.S. retail market.

Amazon didn’t immediately comment after a request from Bloomberg News.

Walmart’s new strategy, dubbed the Competitive Price Adjustment program, will be applied to “selected sellers and selected items only,” according to the description. Sellers cannot request to be included.

“It’s a no-brainer,” said Juozas Kaziukenas, founder of data tracker Marketplace Pulse. “They give up some revenue, but it buys them sales instead.”

Customers will get a brief window of deep discounts, but some might be driven away when the prices return to their original level. Manufacturers, meanwhile, might get complaints from shoppers who bought the item for more elsewhere. But Walmart is determined to get creative as the battle for online customers heats up this holiday season.

Walmart’s pricing plan mirrors past Amazon efforts. A plan introduced two years ago, called “Discount Provided by Amazon,” allowed the Seattle-based company to cut prices of third-party products for a limited time, then pay the seller the difference between the discounted and listed price. Participating in such programs helps ensure that vendors get the most prominent positioning on Amazon’s site, known in e-commerce circles as “winning the buy box.”

Weeks ago, Amazon introduced “Sold by Amazon,” a system where sellers give Amazon permission to slash the price of their products at will in exchange for a guaranteed payout to help protect their profit margins. Amazon has also made it easier to buy single, inexpensive items—like a stick of deodorant—without having to pair it with other items to meet a minimum order threshold.

Walmart and Amazon have both rolled out next-day shipping on many items, hoping that the added convenience will lure shoppers and offset the strain it places on their supply chains.

Walmart says it sells about 75 million unique items on its website, most of which are third-party marketplace items.