CMO Looks to Develop Products in the 'White Space,' as It Aims For Social-Media Consistency And Governance Across 90-Plus Businesses
READ THIS NEXT
Free Budweisers for the vaccinated, and ‘Vax Tee’ from Miller Lite: Trending

Jamie Moldafsky may be the only financial-services CMO with a line item in her budget for hay.

Wells Fargo is the No. 4 U.S. bank by assets and the largest retail mortgage lender, but it still has to feed the horses that pull its iconic red-and-yellow stagecoaches, which appear in 350-plus parades across the country each year. 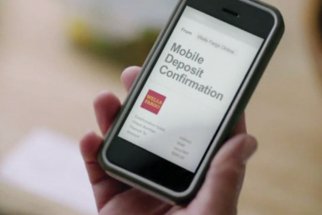 A 2012 consumer-focused campaign emphasizes how easy it is for customers to manage their financial lives with the e-banking tools of Wells Fargo.

"It's a great asset ... the only other company that has anything like it is Budweiser with the Clydesdales," said Ms. Moldafsky, who joined Wells Fargo in 2005 from appliance giant Whirlpool, where she led the company's colorful KitchenAid brand. She was promoted to CMO from exec VP-home equity acquisition and customer management in 2011.

The wagons remain a part of Wells Fargo's brand, though the bank has become a vastly different entity. Its 2008 purchase of Wachovia gave it a national presence and it's fitting into that footprint well: Last month it reported 14 straight quarters of earnings-per-share growth. The company spent $578 million on U.S. advertising last year, ranking 70th on Ad Age's Leading National Advertisers list.

"We're broadening the role of marketing," Ms. Moldafsky said, to include product development and customer experience. "A lot of the product innovation is going to happen in the white space that's between products or channels, and our corporate marketing group sees all that -- we see what our customers want, and we see where there are gaps or space for us to play."

Ads are increasingly customer focused, emphasizing not the products but their benefits. For example, a recent millennial-focused campaign, "Done," centered on how easy it is to manage your financial life with Wells Fargo's e-banking options. Millennials want to bank "from the convenience of their cellphone," Ms. Moldafsky said, but value all channels, including ATM, phone and tablet. "It's the ability to do it how you want ... you have to fit into their life."

Wells Fargo, which has 275,000 employees and 90-plus businesses, has worked on finding the right structure for social media, which reports to Ms. Moldafsky but supports the whole corporation. 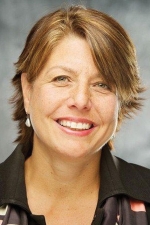 "You need some mechanism to make sure you're being consistent and have the right guardrails in place," she said.

The solution: a social-media steering committee, made up of corporate communications, Ms. Moldafsky, legal representation and a couple of senior business leaders. It meets biweekly and serves as a social-media governance forum and screens and selects tools and technologies. A second group more broadly representative of the company's businesses meets weekly to strategize on social-media content.

While "everybody wants their own Facebook page and their own Twitter handle, we're one brand," she said. The big challenge is how to stay consistent but allow various businesses -- especially distributed sales channels like the brokerage network or mortgage consultants -- to have their own voices.

The highly regulated nature of banking also complicates what Wells Fargo can and can't say in social media. "There are some things we say we just won't do ... we can't answer someone's question in social media with legalese," Ms. Moldafsky said. "We can make sure it's legally accurate, but we can't write it the way the lawyers want us to write it."

A social-media command center launched last month to "create the same rigor around capturing social-media interactions as we do with phone calls and branch visits," said Ms. Moldafsky. "You'll see that in Atlanta there's lots of messaging about ATMs so we know very quickly that an ATM in Atlanta is broken."

Wells Fargo works with DDB West's Los Angeles and San Francisco offices on creative, OMD on media, UM/MRM on digital creative and media, and Muse, DAE and Acento on multicultural marketing. Ms. Moldafsky didn't shift agencies when she came onboard -- but has changed how Wells Fargo works with them. In a model called "co-create," she brings agencies together earlier and takes ideas from all of them, even if one agency has been charged with leading the campaign. It's resulted in mass-market ideas originating from Wells Fargo's diverse agencies.

Ms. Moldafsky decided against calling a review when she assumed the CMO role and instead focused on better agency management and shifted some weight among the shops.

"We were already changing a lot and thought DDB deserved an opportunity to have the benefit of the doubt," she said. "But we refreshed the team. Some of the people had been on Wells Fargo for 12 or 14 years -- and that was a different Wells Fargo."

From Appliances to Mortgages: Jamie Moldafsky On What She's Learned And How She Hires

Ad Age: What did your time at Whirlpool teach you that applies to financial-services marketing?

Ms. Moldafsky: Whirlpool was a terrific experience because I learned so much about manufacturing and about how consumers live and think about their lives, and that does translate to financial services. Included in that was Whirlpool's approach to innovation, which is something I brought with me to Wells Fargo.

Ad Age: Customer experience is a key area of focus. What's an important lesson you've learned about it?

Ms. Moldafsky: One size never fits all, authenticity is critical, it's all about culture and, most importantly, the customer truly must come first.

Ad Age: Which traits do you look for when you hire marketers?

Ms. Moldafsky: Entire seasons of great shows, like "Mad Men" and "Downton Abbey," which are perfect for long plane rides. Also, I still read magazines and have been known to spend too much time on YouTube.