Prior to joining Doner LA, Gaboriau was VP, executive creative director at CP&B in Los Angeles, where he grew the agency from a small production outpost with one client to a fully integrated agency with over 100 employees and clients such as Paddy Power, Turkish Airlines and NBA 2K. Previously, he was founding partner and executive creative director at Amalgamated, an agency he helped to start, grow and run for 10 years. 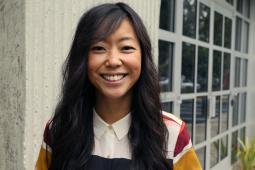 Independent creative agency Zambezi has named Danielle Pak as its first director of communications planning, from Wieden & Kennedy Portland, where she was a media and communications strategist.

At Zambezi she will launch a communications planning offering within the agency's strategy department. At Wieden, Pak worked with clients including Procter & Gamble's Old Spice and Herbal Essences, Electronic Arts and CareerBuilder.com. 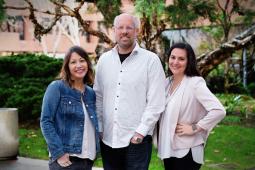 FCB West has made three senior creative and account management hires. Mike Long joins the agency from Goodby, Silverstein & Partners and was previously a group creative director at Droga5. At Goodby, he led the Comcast/XFINITY account as creative director. Prior to his role at Goodby, Long developed and directed award-winning digital content for Airwick, Motorola, Quilted Northern, Diet Coke, Johnsonville and JC Penney's He also held positions at Saatchi & Saatchi both in London and New York, Publicis and Epoch Films.

Arlene Bae will be SVP, group management director, and lead the Levi's and Ghirardelli accounts. She has worked at R/GA, Blast Radius, Carat, Euro RSCG and Leo Burnett. Sara Wallace joins as VP, account director, from Leo Burnett in London to work on FCB West's Clorox brands. She was a global account director at Burnett, working on Procter & Gamble and Kellogg's brands. 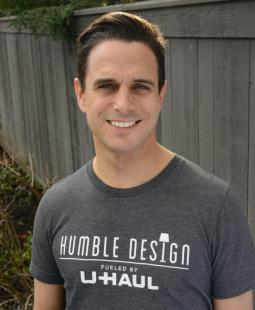 Rob Strasberg is moving from Doner, where he was global creative chairman, to become co-CEO of nonprofit Humble Design Fueled by U-Haul. Strasberg will share Humble Design oversight with his wife, Treger, who in 2009 co-founded the Detroit-based charity that restores dignity to families and veterans emerging from homelessness.

Strasberg co-owned Doner before selling the agency to MDC Partners in 2011. He was co-CEO and chief creative officer until August 2016, when he took on the global creative chairman title.

Dan Treichel and Dave Canning have joined Joan Creative as co-executive creative directors from 180 Amsterdam, where they worked with clients including Asics, DHL, PlayStation, Replay Jeans and United Colors of Benetton. Prior to that, they worked together at Barton F. Graf 9000. Before that, Canning was at Wieden & Kennedy and Young & Rubicam, and Treichel at CP&B and Droga5.

Chelsey Shoop also joins Kenwood, as a project manager who has worked on the client side for Delta Dental and startup Viewpoint in Portland.