Wieden + Kennedy Amsterdam has added creatives Stuart Harricks and Siavosh Zabeti. Harricks (right), who has been appointed creative director, joins from Y&R New York, where he was global creative director for the LG worldwide and LG U.S. mobile accounts. His most recent project was "Something Lurking" for LG, which was created with PSYOP New York. Harricks has also worked as an integrated ACD at the now-defunct shop Modernista! in Boston. Before moving stateside, he spent four years at Saatchi in Singapore. Paris-born Zabeti, who graduated from Miami Ad School in Hamburg, has worked with DDB Paris since 2007, for clients including Tropicana (an orange-powered billboard) and Henkel.

Matt Lee (left) and Pete Heyes (right) are leaving The Red Brick Road to rejoin DDB U.K. as creative directors. They left the integrated agency in 2007 for The Red Brick Road. Both creatives began their ad careers at DFGW in 1998 and moved to DDB U.K. in 2000. While at DDB, they worked on campaigns for The Guardian, the Financial Times and Volkswagen. DDB UK's ECD Jeremy Craigen, credits the duo with bringing in the FT account. While at Red Brick Road, they've worked on Thinkbox and Magners. 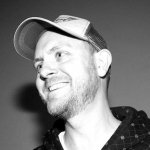 Psyop's Venice Beach office has a new creative director in Fletcher Moules. Moules last stint was at Animal Logic's Santa Monica office, where he spent two years. While there, he art directed the half hour Lego Star Wars TV special "The Padawan Menace." Previously, he worked as head of 2D at Nexus Productions in London, where he created the short film "This Way Up" which was selected at Sundance and nominated for an Academy Award. He also spent time as an art director and designer at Cartoon Network in the U.K. and in Sydney. 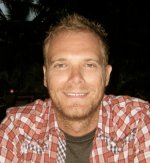 Four year-old motion design and production studio Royale is buffering its ranks with a spate of new hires. Danielle Hazan has joined the company as head of production. She was most recently a producer at Superfad, working on commercials for Sony PlatStation 3, Netflix and Nintendo. before that, she was at Industrial Light & Magic for three years, where she worked on features like "Minority Report" and "Pearl Harbor." Andy Lyon, who has freelanced as a character animator and as a 3D generalist in the past, joined Royale as 3D lead and CG supervisor. Jonathan Kim is now art director. He has previously worked with studios including Laundry, Little Red Robot and The Famous Group. His projects include work for Nike, H-P, Adidas and MTV.

Paul Shoebridge and Michael Simons, who together make up creative duo "The Goggles" have signed on to Unit9 for interactive representation. The Googles have worked through all mediums, from magazines, books and television spots. They worked on the interactive documentary "Welcome to Pine Point" for the National Film Board of Canada.