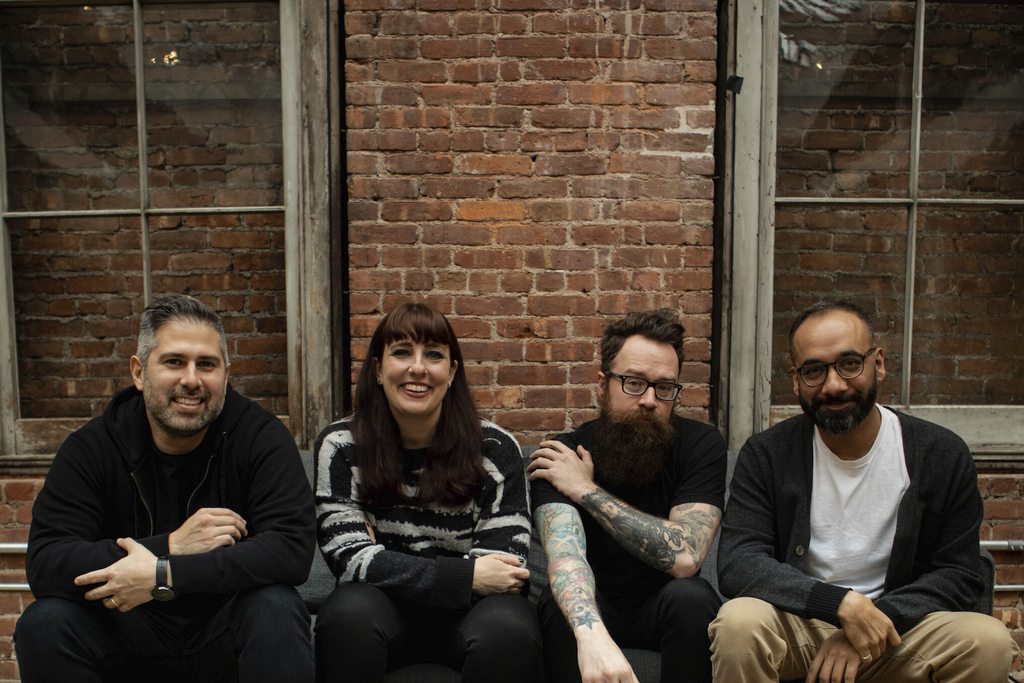 Luis Gaitán joins Grey Mexico as president and chief creative officer. Previously, he was executive creative director for the Latin American region for Uber and head of creative at Google Mexico before that. He was chief integration officer at J. Walter Thompson Mexico, Proximity and BBDO Mexico and held creative positions at DoubleYou Barcelona and Lowe Lintas Paris.

Johannes Leonardo hired four new creative directors: Bharat Kumar, Marcelo Ramirez, Rachel Frederick and John Regan. Kumar and Ramirez join from Momentum New York, where they were VP, creative directors working on American Express, Nike, Coca-Cola and Kia. Kumar has held positions at BBH NY, TBWA\Chiat\Day NY, Digitas and Carrot Creative. Ramirez has spent time at mcgarrybowen, Deutsch, DDB and Digitas. Frederick joins from Droga5, where she was a creative director. She has held positions at BBDO New York, Bradley and Montgomery and Publicis and worked on Starbucks, Pepsi, Prudential, Chase Bank, Microsoft and Virgin Mobile. Regan joins from Leo Burnett, where he was a creative director working on the Art Institute of Chicago.

Remco Graham joined BBH London as a creative director, overseeing the Barclays account. Pablo Gonzalez De La Peña was promoted to head of art, and Ross Mawdsley was promoted to to head of design. Most recently, Graham was a creative consultant at Crispin Porter Bogusky, and he was CCO of New before that. He has also held creative leadership positions at WCRS, HHCL, DLKW/Lowe and mcgarrybowen.

Singer and actor John Legend joins Vox Media’s board of directors. The company also hired Margaret Chu as chief financial officer, beginning Mar. 2. Previously, she oversaw corporate strategy and development and the business and legal affairs group at Horizon Media. She was also CFO of RSE Ventures and has served as a board observer or director at Momofuku, Milk Bar, Legendary Entertainment and TransDigm Group.

VMLY&R London hired Doug Fridlund and Mikael Alcock as senior creatives. The team joins from BBH London, where they created the Audi “Clowns” campaign and worked with brands including Weetabix and Absolut. They met in 2012 in the Watford Advertising course. Fridlund, from Sweden, has a background in languages, and Alcock, who hails from Finland, has a background in fine art and sculpture.

Alice Choe joins Innocean Worldwide Canada as social media director. Most recently, she was the digital, social and influencer lead on consumer products at Huawei Canada. Prior to that, she was director, digital and social media at North Strategic, where she led social media for brands such as Tim Hortons. She has also worked on the brand side at Target, Sears and Rogers.

Stink Studios promoted Jacinte Faria from director of production to managing director in the Los Angeles office. She joined the agency in 2015 and has worked with brands including WeTransfer, Google, Adult Swim, Netflix, McDonald’s, GE and Facebook. Previously, she held positions at FutureBrand, TAXI, B-Reel and ACNE.

McCann Global Health hired Dov Zmood as EVP and executive creative director. He joins from McCann New York, where he was VP and group creative director for nine years, working on brands including FujiFilm, Qualcomm, Nespresso and Choice Hotels. Before that, he worked at TBWA\Chiat\Day, R/GA and Ogilvy.

Huge Midwest hired Brian Matakis as GVP, client services. He joins from VICIS Inc. in Seattle, a sports-tech startup, where he was vice president of marketing. Before that, he was managing director, client services at R/GA Portland, where he worked with clients including Nike, Amazon, Starbucks, Canada Goose and Banana Republic.

U.K. creative agency BRAVE hired Paul Pearson as creative director and Rachael Kendrick as creative copywriter. Pearson joins from Karmarama and has worked with brands including Confused.com, British Airways, Halfords, O2 and Honda. Kendrick joins from Ogilvy and has held positions at Wieden+Kennedy, AKQA and Huge, working with brands such as Google, Netflix, Pringles and American Express.

Human Design hired Christof Meyer as chief strategy officer, a new role for the agency. Strategy will now be a third core competency for the Boulder-based shop and a key part of its growth plans. Meyer has worked in quantitative segmentation and naming strategy in New York and San Francisco, started the financial and institutional clients practice at Egg Strategy and worked as an innovation specialist at Prophet in Richmond, Virginia.