Technology has rapidly expanded the idea of what is possible, and Mick Ebeling says his goal is to push it even farther. 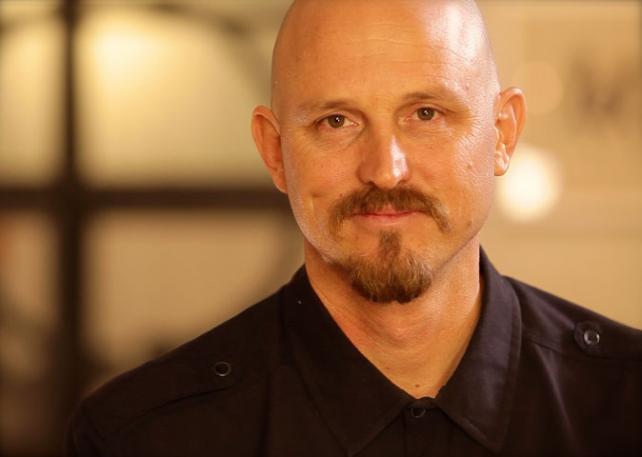 That was the impetus behind "Project Daniel," where Mr. Ebeling's Not Impossible Labs went to South Sudan and used a 3-D printer to create a prosthetic arm for a 14-year-old boy who had lost both arms during the country's war. Using the arm, Daniel fed himself for the first time in two years, and Mr. Ebeling then set up a facility for printing more prosthetics.

Then there was the EyeWriter, a wearable that tracks eye movements and allowed a graffiti artist with advanced ALS to communicate and create again. Mr. Ebeling led the team that created EyeWriter with only a few hundred dollars' worth of stuff from the hardware store.

As head of the Ebeling Group production company, the self-described inventor and storyteller has also been responsible for lots of mainstream work, including the main title graphics for the James Bond film "Quantum of Solace."

What does creativity mean to you?

How do you work?

Mr. Ebeling: The process is you commit and then you figure it out. You don't have to have everything sorted from ground zero.

Where do you get the expertise to pull this all off?

Mr. Ebeling: I never have the expertise. That's really critical. My expertise is in recognizing who has the expertise and then letting the brilliant people make things happen.

How do you think about obstacles and failure?

Mr. Ebeling: One of our many mantras is "fail, fail, fail, succeed, repeat when necessary." Failure for us is a success, because it means we're one step closer to the end outcome. The fundamental belief that everything that we are surrounded by as humans was impossible at one point -- that goes for literally everything, from the obvious like computers and cell phones to woven fabrics to walking upright. When we're hitting these mini-failures, for us contextually, it's a minor, minor blip on the radar.

Mr. Ebeling: We are in the midst right now of creating a low-cost exoskeleton to help kids with neurological disorders like cerebral palsy walk for the first time.